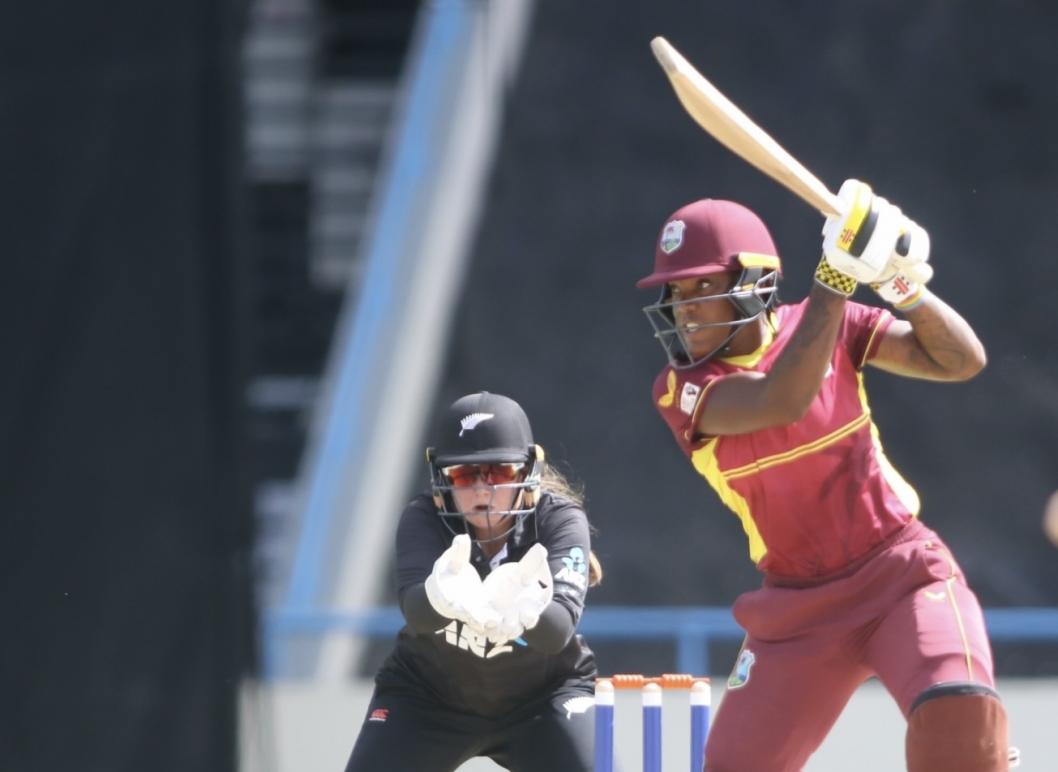 West Indies defeated New Zealand by four wickets in the third and final one-day international at the Sir Vivian Richards Stadium in Antigua thanks to a masterful bowling performance, an all-around effort from captain Hayley Matthews, and a half-century from senior player Stafanie Taylor. This victory prevented New Zealand from winning all three games in the series.

After deciding to bat first, New Zealand scored a disappointing 168 all out in 48.1 overs, with Lauren Down making 53, as no other batter could muster much more than Amelia Kerr's 30.

Amelia and Maddy Green sought to reinvigorate the innings after the opening duo of Sophie Devine and Suzie Bates left the game early. However, after their 37-run partnership ended in Maddy Green's 14-run dismissal. Amelia quickly returned to the pavilion as New Zealand was in shambles at 84/4 after 22.2 overs.

Through her third ODI fifty, Lauren made an effort to fight back and help New Zealand to a decent total. However, once she was dismissed by Hayley in the 42nd over via a caught-and-bowled dismissal, New Zealand's innings swiftly crumbled, going from 155/7 to 168 all out.

Hayley led the outstanding bowling effort with 2/23 in her 10 overs, and she was well supported by Afy Fletcher (2/31) and Karishma Ramharack (2/28). Shakera Selman, Chinelle Henry, and Aaliyah Alleyne all claimed one victory.

When pacer Jess Kerr struck out Natasha McLean and Shabika Gajnabi in quick succession in the third over, West Indies were reduced to 10/2 in the chase. However, Hayley and Stafanie managed to put up a sizable 81-run partnership until Brooke Halliday bowled out the former for 40.

West Indies had reached 116/3 in 31 overs when Stafanie was forced to retire hurt at the age of 51 owing to cramping. Kyshona Knight and Chinelle Henry were both quickly dismissed as New Zealand attempted a late comeback. However, Aaliyah scored 27 runs without being dismissed to help West Indies win the ODI series.