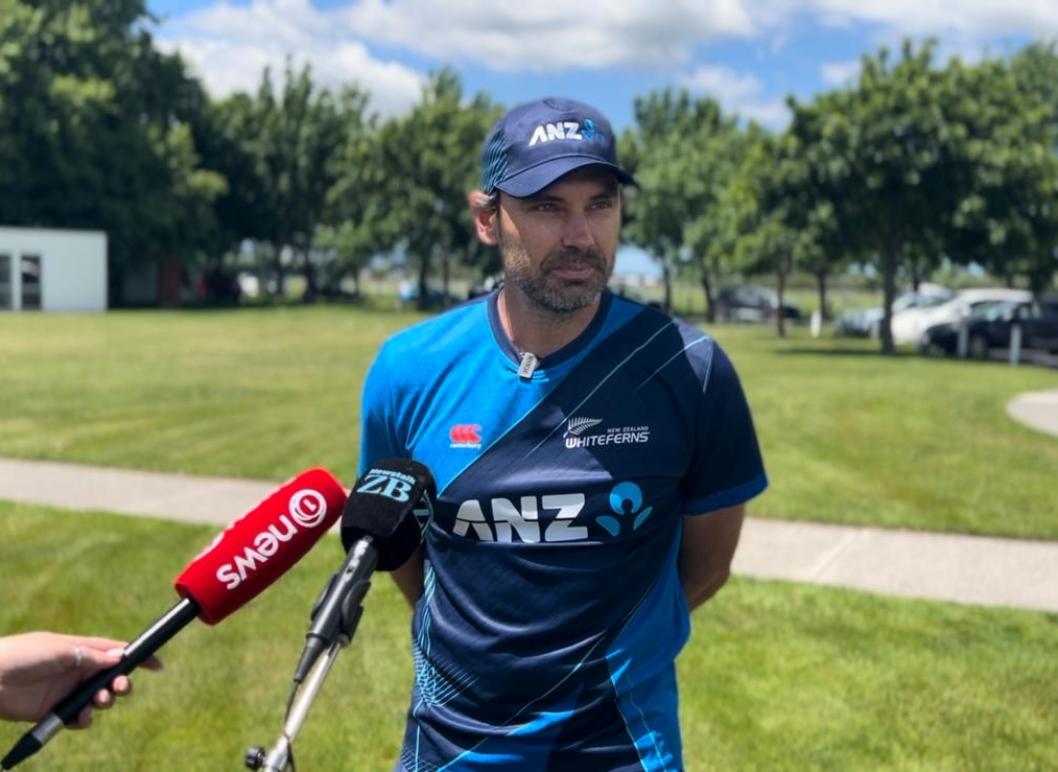 Dean Brownlie, a former cricketer for New Zealand, has been appointed as the team's new batting coach. Craig Howard has joined the White Ferns as their spin bowling coach as well.

Brownlie, who finished the 2019–20 season with 14 Tests, 16 ODIs, and five T20Is for the Blackcaps, retired from playing. He now works as the Network Coach for Northern Districts Cricket before joining the New Zealand women's coaching team.

Having joined the senior men's coaching staff as the batting coach for the home series against the Netherlands last summer and more recently serving as a member of the coaching staff for the Men's T20 World Cup campaign in Australia, he brings prior international coaching experience to the position.

"With a combination of elite players and talented young players just breaking through, this batting lineup offers a special playing dynamic to which I aim to contribute. I've had the good fortune to play cricket in a variety of settings around the world, and I hope to be able to use my experience to help this batting group advance."

It will depend on the situation how I can best contribute. "There are some really experienced players in this group who know their game really well and will need support when needed, and there are younger players who are just starting out on their international cricket journey with whom I can provide a bit more guidance," the player said.

"With a T20 World Cup in the near future, the team is at an exciting period. We want to perform well in South Africa because we've recently seen how much the nation rises on the back of strong World Cup performances, and that starts by organising and doing well in the upcoming series against Bangladesh "According to a NZC statement on Brownlie's appointment.

Howard, a former first-class cricketer for Victoria, participated in the most recent West Indies tour by the New Zealand women. He will be a member of the coaching staff for the next home series against Bangladesh and the Women's T20 World Cup in South Africa in 2019. He will join the organisation on a tour-by-tour basis.

Having previously held specialist spin bowling positions with Cricket Australia, South Australia, and the Adelaide Strikers, where he worked with Australian spinners like Nathan Lyon, Georgia Wareham, and Sophie Molineux, he brings a wealth of spin experience to the group. Young spinners from New Zealand like Amelia Kerr, Eden Carson, and Fran Jonas will be working with Howard.

"The side is fortunate to have some very talented young spinners. With the World Cup around the corner we will mainly continue to work on their strategy and mindset in the different formats and phases - making sure they're high percentage and giving them the best chance of performing their role which will be to limit the oppositions ability to score and take wickets."

"We saw in Antigua, in those conditions, how effective they can be, they were quite dominant for such a young spin group, so there is a lot of excitement for the future. It's now about working on their attributes and developing strategies to thrive in the phases and formats that they'll be bowling in. I'm looking forward to building on what we worked on with the group in Antigua and that starts with the series coming up against Bangladesh."

New Zealand will be facing Bangladesh in a home series comprising three T20Is and as many ODIs starting from December 2 at Hagley Oval in Christchurch. They will then head to the T20 World Cup where their first match will be against reigning champions Australia on February 11.