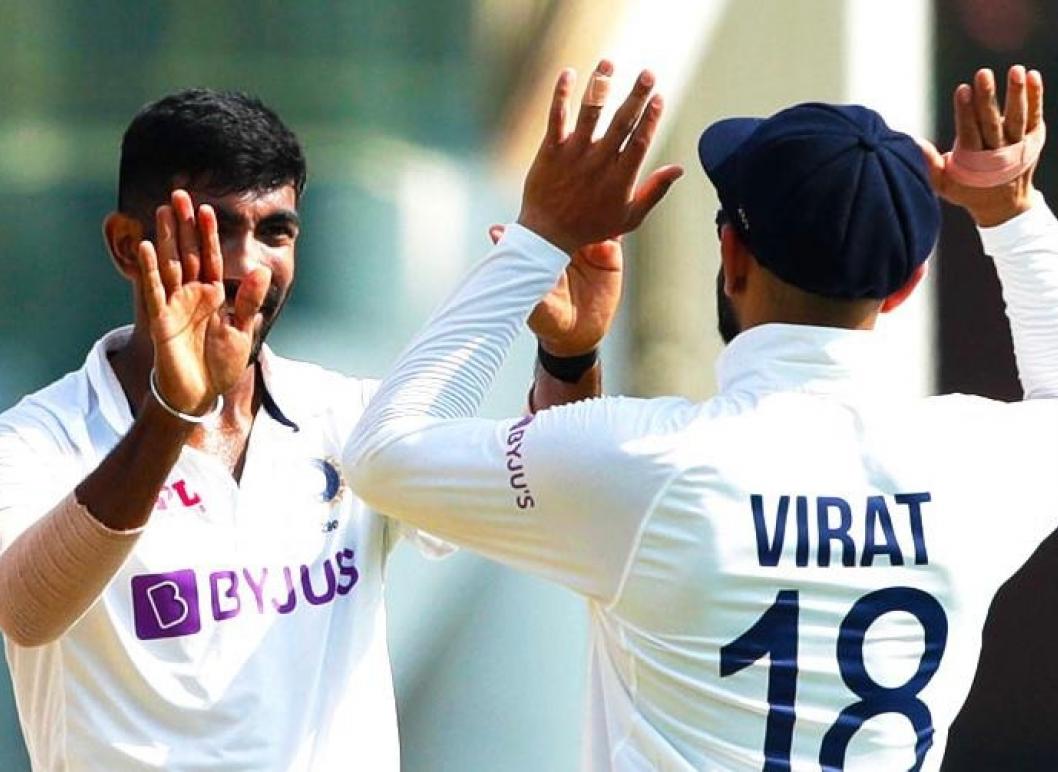 Another 11 wickets on Day 2 of the Newlands Test between South Africa and India highlighted the competitive nature of the series. After taking a 13-run lead, thanks to Jasprit Bumrah’s (5-42) exceptional bowling India, are now 70 runs ahead. They have lost K.L. Rahul and Mayank Agarwal, but Cheteshwar Pujara and Virat Kohli, their top two scorers of the first innings, are still at the crease.

Bumrah started the day with an inswinger that convinced Aiden Markram to not offer a shot and lose his off stump. Night-watch Keshav Maharaj was joined by Keegan Petersen. Petersen looked all at sea in the early stages of his innings, but as the conditions eased and Bumrah and Mohammed Shami came off the attack, he grew in confidence.

Temba Bavuma began quickly, reaching 28 in quick time out of a 47-run stand. The edges fell short of the slip fielders on a few occasions and a couple of catches went down, until Kohli caught one low at slip off Shami to send Bavuma back. Two balls later, Shami also got Kyle Verreynne, reducing South Africa to 159/6.

Kohli recalled Bumrah, who bowled a couple of testing overs before castling Marco Jansen at the stroke of tea. Soon after tea, he bowled a slightly short-pitched ball, inducing Petersen to play a false shot and having him caught by Pujara for 70, his highest Test score.

Kagiso Rabada and Duanne Olivier took the score to 200 before Rabada fell to Shardul Thakur. Bumrah completed his seventh fifth-wicket haul in Test cricket by dismissing Lungi Ngidi as India squeezed a lead of 13.

The Indian openers failed again, with Agarwal and Rahul edging in consecutive overs from Rabada and Jansen, leaving India reeling at 24/2. Pujara and Kohli then survived more than 11 overs to take India to 57/2 at stumps.

India hold a slight advantage, and will look to set a target well in excess of 200 to push for a win.