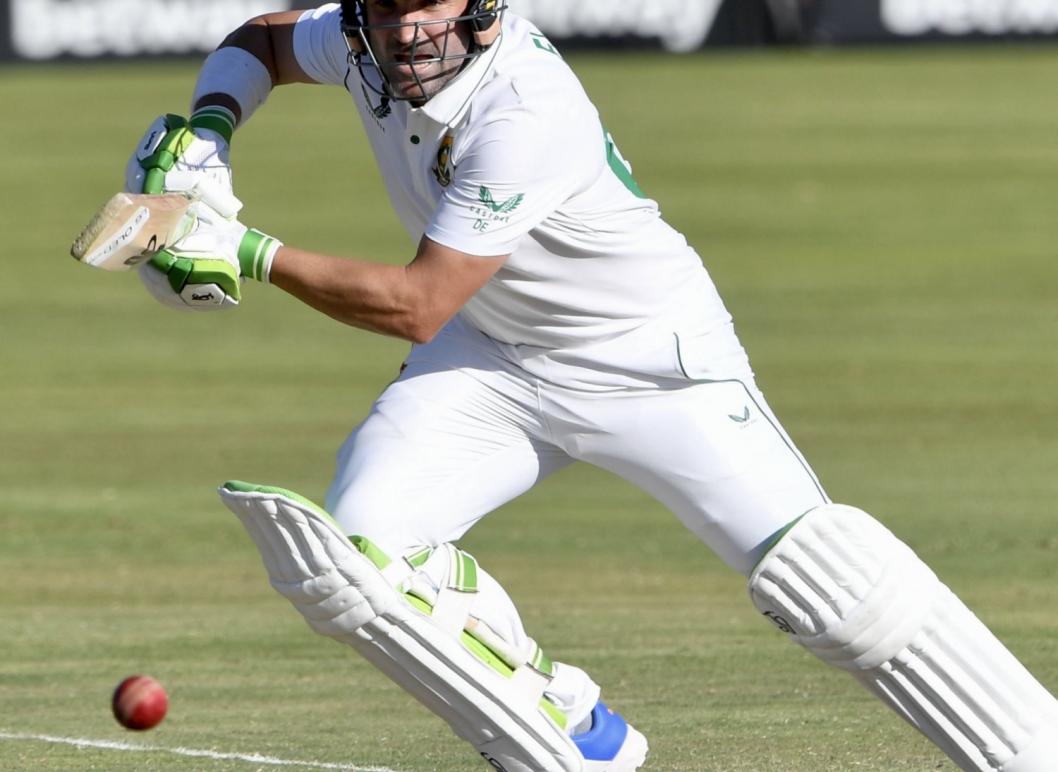 Despite a lengthy rain delay, South Africa completed a largely unperturbed chase to win the second Test match, at the Wanderers, by seven wickets and level the series 1-1. Captain Dean Elgar remained unbeaten on a gritty 96, and found help from Rassie van der Dussen and Temba Bavuma.

Five hours of play were lost to rain and a subsequent wet outfield on Day 4. Play eventually began at 3.45, with a minimum of 34 overs. South Africa used the heavy roller, and Elgar and van der Dussen, the overnight batters, saw off the initial uncomfortable moments.

India opened with Jasprit Bumrah, who beat van der Dussen a few times. At the other end, they gambled with R. Ashwin, but quickly brought on Mohammed Shami. As Elgar stayed put, van der Dussen grew in confidence. After the first half an hour, van der Dussen opened up, hitting four fours in two consecutive overs, bowled by Shami and Shardul Thakur. Shami eventually had him caught behind for 40.

Bavuma joined Elgar with 65 runs still to get. Bavuma played his shots, but the closest India got to taking a wicket was when Thakur dropped him off his own bowling. Elgar smashed three fours in an over from Mohammed Siraj – who bowled despite battling a hamstring injury – and the duo exchanged a few heated words. That 18-run over reduced the target to just 11 runs, which South Africa duly got in 16 balls.

Elgar finished the chase with a flick to the mid-wicket fence. He remained unbeaten on 96, and was named Player of the Match.