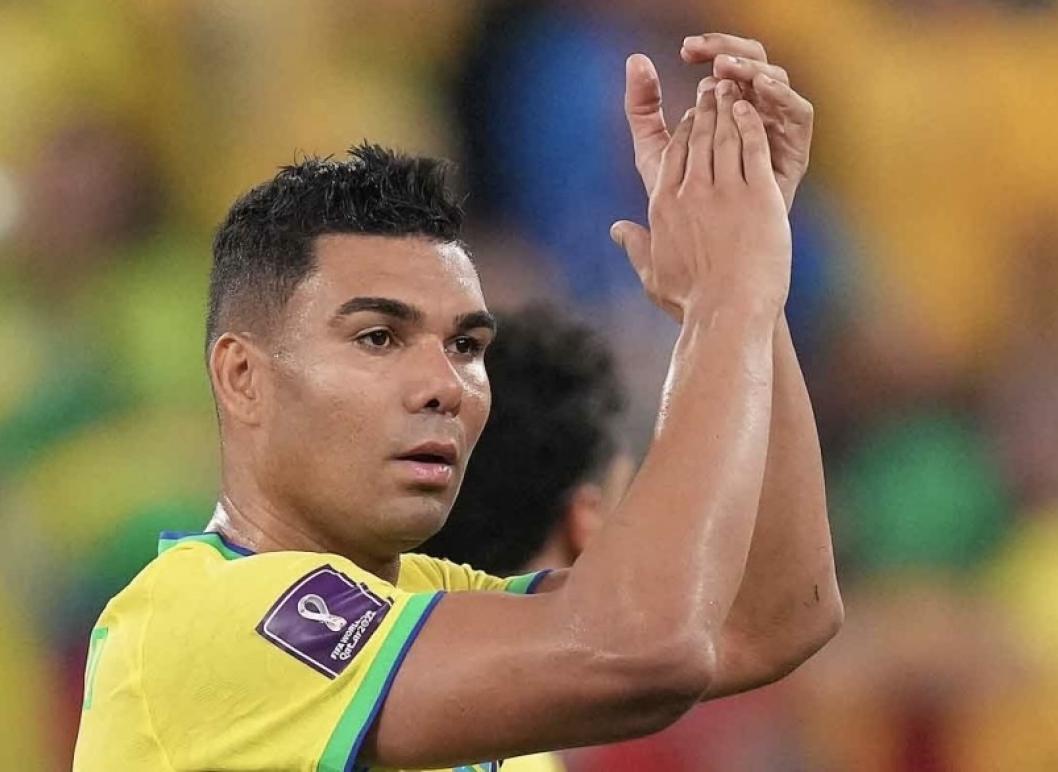 With a decisive 4-1 victory over South Korea on Monday night in Qatar, Brazil stormed into the World Cup quarterfinals.

Vinicius Junior, Neymar, Richarlison, and Lucas Paqueta scored goals for Tite's team to put them 4-0 up at the break, bringing back the old school glory and sparkle of Brazil. South Korea's chances of pulling off a historic upset were dashed by halftime thanks to their fearsome variety of offensive talent, which easily swept South Korea aside.

Despite the excellence displayed by players like Neymar and Richarlison, Casemiro of Manchester United received the majority of the post-game accolades. The 30-year-old was brilliant in the engine room, smothering and breaking up the occasional South Korean attack while putting on a typically powerful midfield performance.

It was a performance that received high praise from both experts and past players. He was praised by former Brazilian international Kaka and called "outstanding" by Roy Keane.

On ITV Sport, Keane stated, "I think he's a terrific player. You have to give him credit because he consistently shows up, which is a great compliment to a player because you know what you're going to get.

You fall into the trap of not knowing if players will show up; however, he does show up each week. He's six feet tall, has won significant awards, joined United, and has integrated seamlessly.

"Labelled a couple years ago unfairly that he's a sitting midfielder, he's far from it; he links up play, has already got a goal in the World Cup, he's brilliant but he turns up and has a great attitude.''

Keane is correct. Since arriving at Old Trafford in the summer, Casemiro has performed admirably and has immediately cemented his place in United manager Erik ten Hag's plans. United should be grateful to have him since he has completely changed the midfield's potential.

But despite all of Casemiro's exceptional skills both with and without the ball, including his vast range of passing and ability to disrupt play in the middle of the field, he believes that his desire and mindset are his greatest strengths. The Brazilian said, "The enthusiasm that I have for the game," when asked what his greatest quality was during a special Q&A session for United's club website earlier this week.

You can comprehend why when you thoroughly examine Casemiro and regularly watch him play. He is a credit to both Brazil and United and bleeds football.

He is a passionate and highly motivated person, making him the ideal employee for any manager. He is therefore ideal for Ten Hag, who frequently demands that his players give everything they have got and play with the pride and passion that a United jersey demands.

Ten Hag stressed the significance of his players making a quick comeback in the league after the Reds' 6-3 humiliation at the hands of cross-city rivals Manchester City at the beginning of October. Ten Hag was speaking ahead of the Reds' trip to Everton the following weekend. To give them the best chance of returning to their winning ways, he urged them to play with passion.

a positive Ten Hag declared: "We must defeat Everton; there is no such thing as "hoping." To be prepared for Sunday's game, we must first develop a plan and then execute it with fervor, intensity, and desire. And participate in the game right away."