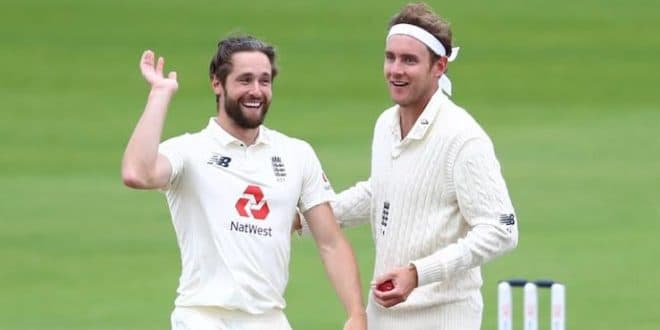 After snaring a five-wicket haul to seal the series, Chris Woakes was hailed as the “unsung hero” by former England wicket-keeper and captain, Alec Stewart on Cricket Debate. Woakes took 5/50, his fourth five-wicket haul in home Tests as England wrapped up a series win.

With Stuart Broad’s 500th wicket becoming headline news, Woakes has once again flown under the radar.

“He’s almost the unsung hero of the England set-up because we talk about Broad and Anderson then the pace of Archer and Wood, where as Woakes just goes quietly about his business,” Stewart told The Cricket Debate.

“I’m a massive fan of Woakes, especially in England. His record in England is outstanding. It’s a real feather in his cap that he got the nod when Chris Silverwood said ‘we are picking our very best bowling attack for this Test match we have to win.’

“Sam Curran played one Test match and got three wickets, he wants to chase down Chris Woakes’ slot but, at the moment, while Woakes is in this form it is going to be very tough for young Sam Curran to get in.

But I’m a massive fan of Chris Woakes and I’m pleased he finished with a five-for because a lot of the time his performances go under the radar compared to these perceived bigger players.”

Safe to say Chris Woakes has flown under the radar despite doing incredibly well in home Tests.

Credit to Silverwood for naming him in England's best attack (by his own words).

Since Woakes' debut, no bowler has a better strike rate in England! #ENGvWI #chriswoakes pic.twitter.com/wgfjEOh2pT

Since Chris Woakes’ Test debut, no bowler in England has a better strike rate, pointing towards the fact that he is one of the most reliable bowlers for England to pick in matches at home. That he figured into Chris Silverwood’s best Test bowling attack at home creates hope for more consistent game time for Woakes in the future.