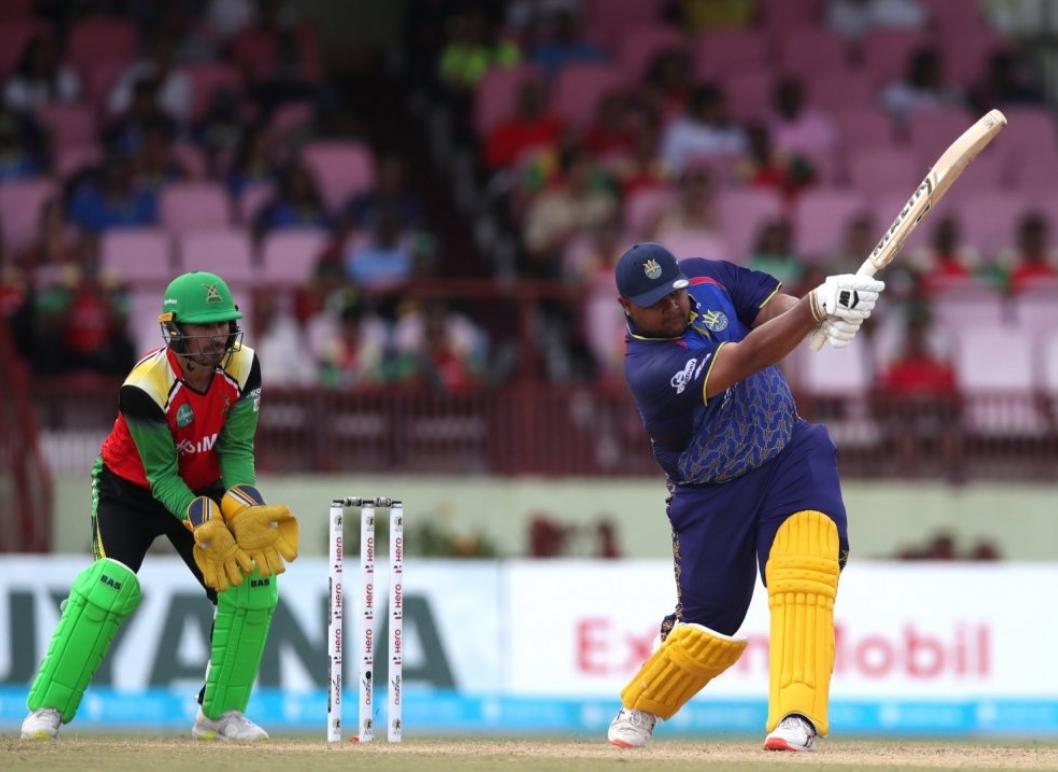 The Barbados Royals defeated the Guyana Amazon Warriors by a score of 87 runs to advance to the 2022 Hero Caribbean Premier League (CPL) championship game.

The victor of the second qualifying match between the Jamaica Tallawahs and the Guyana Amazon Warriors will now face Barbados.

Guyana Amazon Warriors won the toss and decided to bowl, but Barbados Royals went on to achieve an impressive 195 for 5 to score the joint-highest total of this season.

Rahkeem Cornwall, the opener, was the hero of the innings with 11 sixes in his 91-ball knock, and Azam Khan provided support with his own half-century.

After a cautious beginning for the Barbados Royals, Cornwall went on to produce one of the most devastating innings this season, scoring 91 runs off just 54 balls. The Royals were now in charge as a result. Khan was given control of the innings after losing his wicket to Shakib Al Hasan's bowling just nine runs short of a century. Khan's crucial half-century propelled his team to 195 for 5 by the end of the innings.

The powerplay itself ended the Warriors' prospects of a successful chase. With the ball, Kyle Mayers and Ramon Simmonds were successful, causing them to lose four wickets. Shimron Hetmyer made an effort, but it was in vain as the Warriors were defeated 108 to 108.

Rahmanullah Gurbaz left the game in the first over as a result of Guyana losing early wickets in their chase. By the time the powerplay was over, the Warriors were down to 36 for 4. Simmonds shone at bowling, getting three crucial scalps, including Warriors captain Hetmyer, who led the team in scoring throughout the innings. The Warriors eventually finished on 108 all out and will participate in the qualification tomorrow night.