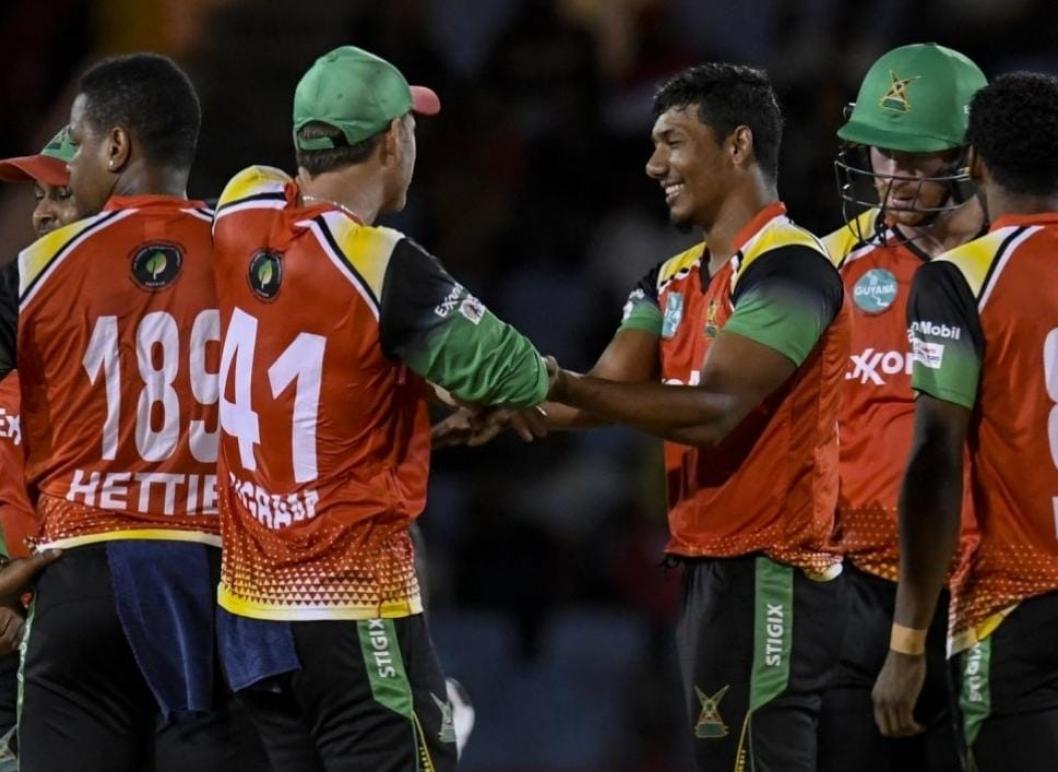 Guyana Amazon Warriors defeated Saint Lucia Kings by six wickets in the 2022 Hero Caribbean Premier League (CPL) thanks to a boisterous home crowd. For St. Lucia, it was their second straight defeat.

The Guyana Amazon Warriors won the toss and chose to field first. The Kings sprinted to a 77-0 lead in the powerplay. Imran Tahir and Tabraiz Shamsi, two spinners, caused the tide to turn. Johnson Charles batted through the innings and scored a fantastic 87 off just 59 balls as the Kings concluded on 161 for seven.

Saint Lucia Kings got off to an incredible start as Charles and Faf du Plessis combined for a score of 77-0 after six overs, the greatest powerplay total so far this season. However, Shamsi and Tahir demonstrated their strength by limiting runs and claiming wickets that prevented the Kings from scoring.

Tim David staged a last-minute counterattack, but Keemo Paul stood out with the ball in the last over, taking two wickets and allowing just four runs to be scored, bringing the Kings' total after 20 overs to 161/7.

When Colin Ingram withdrew, making it 46 for three in the seventh over, after Chandrapaul Hemraj and Shai Hope had both left at the same score of 37, there was significant cause for concern. But Klaasen and Hetmeyer saw to it that nothing went wrong.