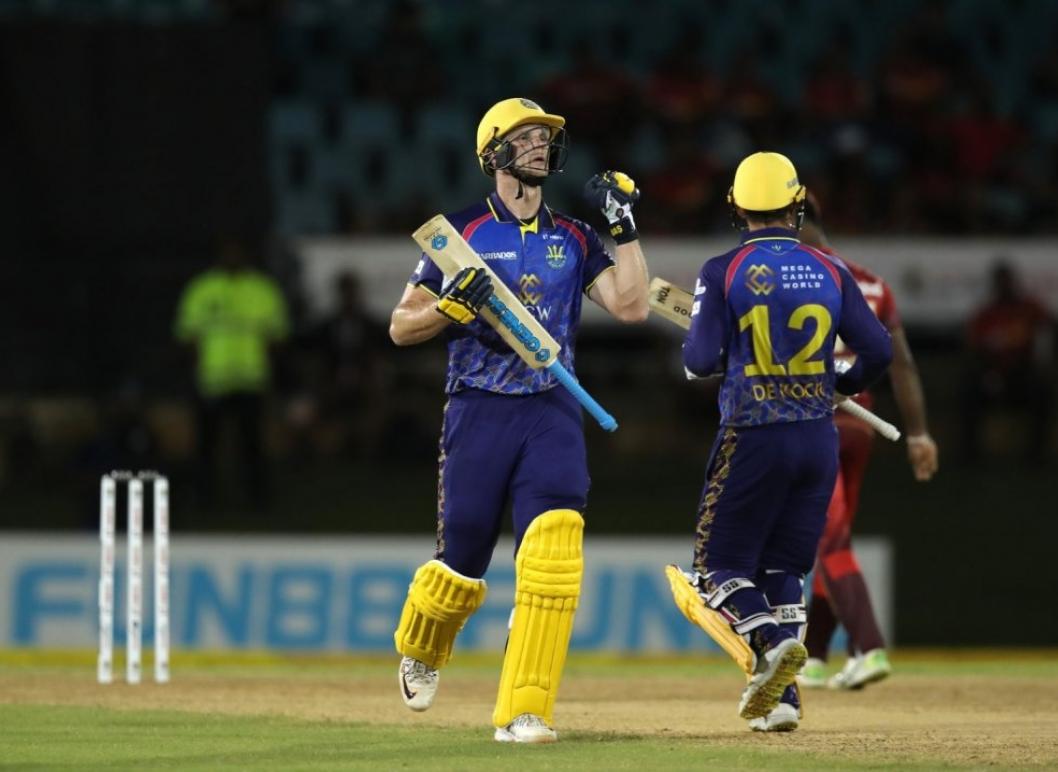 This came after TKR was held to 132 after Mujeeb Ur Rehman bagged three for 17.

After winning the toss, the Barbados Royals decided to field first. Four wickets went in the opening seven overs thanks to the destructive spin of their spinners Rahkeem Cornwall and Mujeeb Ur Rahman, and the Knight Riders found it difficult to get back into the game.

Nicholas Pooran put up a brave fight with a courageous half century, but their total of 132 fell short of being competitive.

Mayers stunned the Queens Park Oval crowd by hitting a scorching 79 in pursuit of the low target, and Royals coasted to an easy victory.

With their first pitch, the Royals destroyed the Knight Riders' starting lineup. Tion Webster, Colin Munro, and Tim Seifert were all quickly eliminated by Cornwall and Mujeeb Ur Rahman, leaving Nicholas Pooran and Kieron Pollard with a challenging rescue mission.

All hope seemed gone for the Knight Riders when Pollard was bowled by Rahman immediately following the Power Play, but Pooran and Narine formed a strong rebuilding combination, putting the home team in a strong position at 100 for 4 with five overs remaining. That was short-lived.

Daryn Dupavillon gave the Knight Riders early relief by clean bowling Cornwall for one. Kyle Mayers, the Hero CPL's top run scorer, then hit an incredible 79 from 35 balls to push the Royals almost across the finish line. With little fuss, Corbin Bosch and Quinton De Kock completed the final runs.