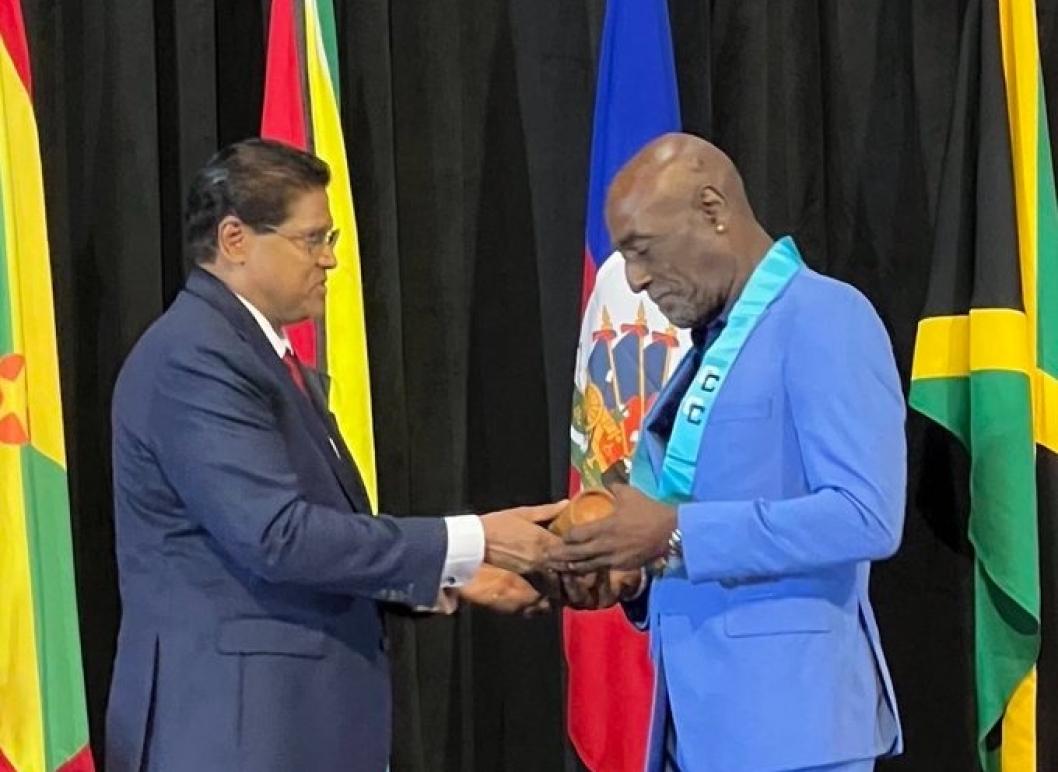 The honour was given to the illustrious West Indies captain on Sunday night at the 43rd Conference of Heads of Government in Suriname. Chan Santokhi, the president of the Surinamese Republic, delivered the speech.

Sir Viv has been given this incredible honour by CARICOM, and I want to congratulate him on it on behalf of the CWI Board of Directors and the entire West Indies Cricket community, added Skerritt.

"It is a most suitable honour for a true hero of our region, a guy who showed the world that Caribbean people can thrive on a global scale and punch above their weight. The pioneers of West Indies cricket passed the torch to Sir Viv, who set new standards for greatness and supremacy for others to follow.

According to Skerritt, "He exploited his God-given gifts, his preparedness in both mind and body, and his cricket bat, to bring honour to West Indians all across the world."

One of the best athletes of all time, Richards is well known. He was a standout performer in the finals of the Cricket World Cup in 1975 and 1979, when he was one of the most successful batsmen in cricket history.

CARICOM recognised three other honorees at the ceremony on Sunday. These include Ambassador Irwin LaRocque, a former Secretary-General of CARICOM, Dame Billie Miller, a former Deputy Prime Minister of Barbados, and famed calypsonian David Rudder, who sang the West Indies Cricket Anthem, Rally Round the West Indies.