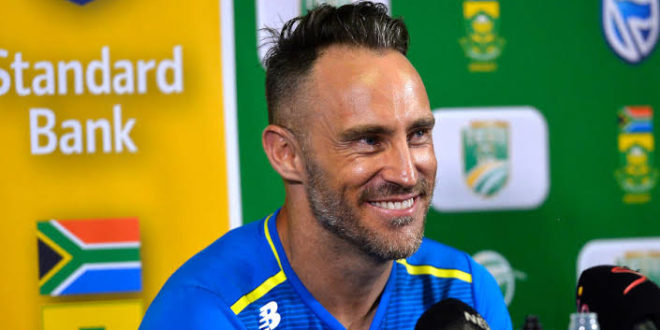 Cricket South Africa gave Faf du Plessis, Beuran Hendricks a central contract for the 2020-21 season while Dale Steyn and Heinrich Klaasen were omitted from the 16-member list. du Plessis, who stepped down as the Test and T20 captain recently, has been re-contracted will play for South Africa in all formats should he be picked. He was part of the ODI squad that travelled to India and is expected to delay his retirement by a year. Quinton de Kock has taken over as the captain in limited-overs cricket while in Tests, the Proteas are yet to name a skipper.

Beuran Hendricks received a central contract for the first time but surprisingly, Player of the Series in the recent ODI whitewash of Australia, Heinrich Klaasen, wasn’t given a contract. However, there is the option of a 17th men’s player getting a contract based on performance through the season and Klaasen appears to be the frontrunner here.

Anrich Nortje, Rassie van der Dussen and Dwaine Pretorius were all upgraded in a similar manner over the last contract period. All three have received contracts for the 2020-21 season. Theunis de Bruyn has been dropped from the list, while Dale Steyn, who has said he is available for ODIs and T20Is, remains excluded.

The Malan brothers, Pieter and Janneman, who made their debuts in different formats remain outside the contract list. The prominent misses aside from Klaasen and the Malan brothers are Jon-Jon Smuts and Zubayr Hamza.

“We have contracted 16 men’s players and 14 women’s players which we feel is the appropriate number to maintain our national squads across the various formats,” said CSA Acting Chief Executive – Dr. Jacques Faul. “This enables us to contract both our Test players as well as those who are limited overs specialists. We have decided to keep the 17th men’s contract open for the moment and players can qualify for it through performance.”

“The upgrade system will again be in place this year wherein the players performing and selected for South Africa during the 2020/21 season and who are not contracted can qualify for a National Contract upgrade.” – the CSA release further stated