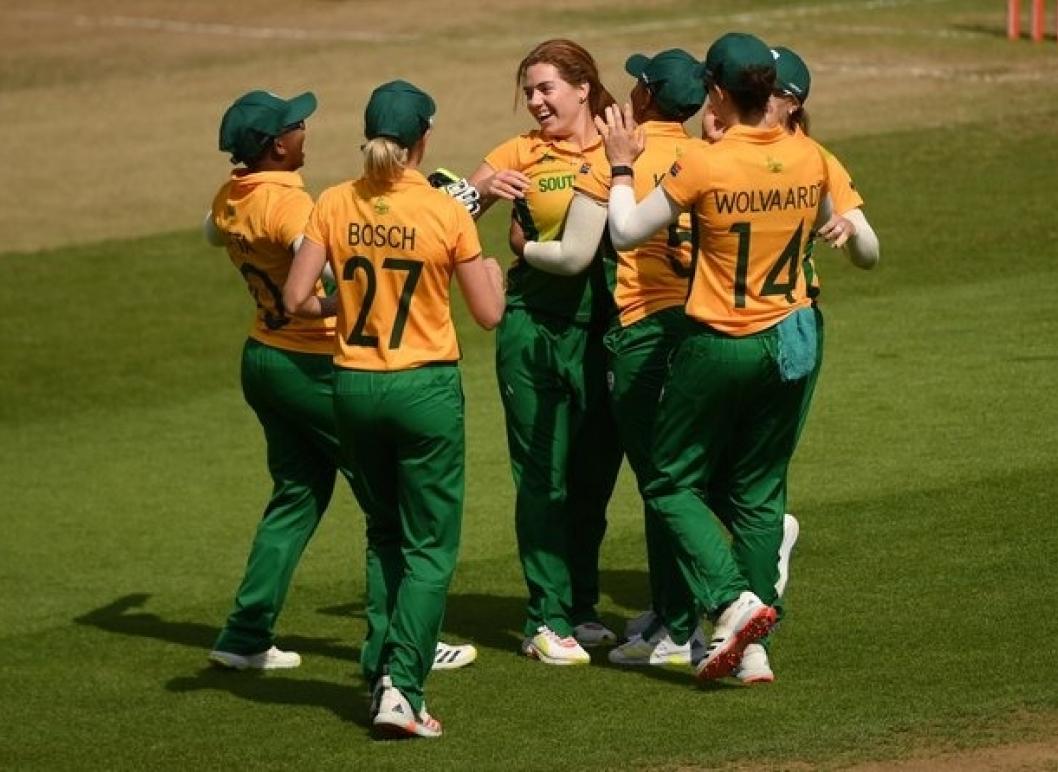 South Africa Women won their first game at the 2022 Commonwealth Games by crushing Sri Lanka by 10 wickets on Thursday, putting up a commanding performance in their last Group B match.

South Africa got a perfect start with the ball after winning the toss and choosing to bat first. Shabnim Ismail struck off the first delivery to eliminate Hasini Perera.

The very next over, Masabata Klaas joined the fun by diverting the ball away from left-hander Harshitha Samarawickrama, giving Sinalo Jafta the opportunity to complete her second catch of the game.

Anushka Sanjeewani and Nilakshi de Silva were both out in the final over of the Powerplay thanks to a superb double-wicket maiden bowled by Nadine de Klerk. De Klerk's brilliant delivery uprooted Kavisha Dilhari's stumps, as Sri Lanka lost half of their team for just 18 runs.

Masabata Klaas' outstanding return catch put an end to Chamari Athapaththu's 29-ball stint at the crease. The Sri Lankan lower order, other from a few fours from Malsha Shehani, did not add much as they were bowled out for 46, their lowest-ever total in T20Is.

With a combined target of 47, South Africa easily achieved the chase, needing just over six over to secure the victory. The Sri Lankan bowlers made errors in their lines, allowing the Proteas' opening pair of Anneke Bosch (20 not out off 16) and Tazmin Brits to score easily (21 not out off 21).

Brits finished the game off in style with a four, handing South Africa their first win at the Commonwealth Games by 10 wickets in 6.1 overs.