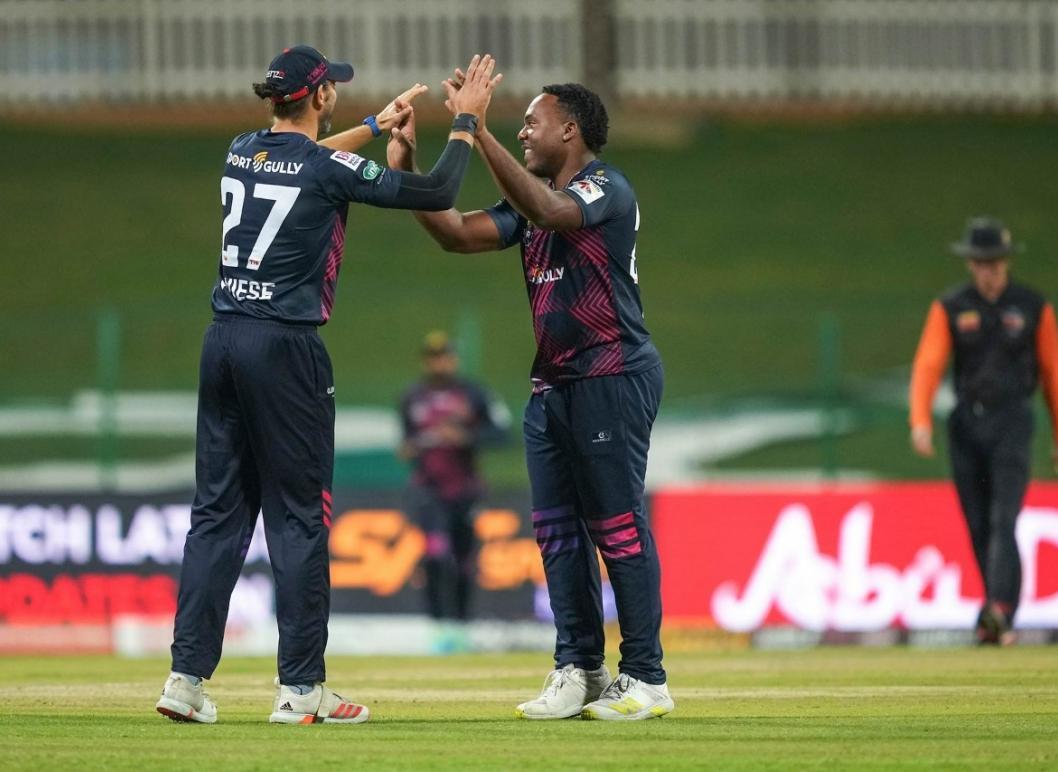 With 10-119, Ajaz Patel joined Jim Laker and Anil Kumble by taking ten wickets in a Test innings, against India at the Wankhede Stadium, Mumbai. Unfortunately, his efforts were overpowered by the Indian bowlers as they bowled out New Zealand for just 62 as R Ashwin took 4-8 and Mohammed Siraj 3-19. India then finished the day on 69/0, having accrued a lead of 332 runs.

Deccan Gladiators beat Delhi Bulls by 56 runs in the final to clinch the Abu Dhabi T10 League 2021/22. Batting first, the Gladiators posted 159/0. Tom Kohler-Cadmore scored 59 in 28 balls, while Andre Russell slammed 90 in just 32, with seven sixes and nine fours. In response, Delhi Bulls could only manage 103/7.

Babar Azam scored an unbeaten 60 and forged a crucial 91-run stand with Azhar Ali, as Pakistan walked ended Day 1 on 161/2. Azhar is batting on 36. Earlier, Abid Ali and Abdullah Shafique added 59 runs for the opening wicket. Both fell to Taijul Islam.

No Tamim for New Zealand tour

Bangladesh Cricket Board (BCB) announced an 18-member squad for the forthcoming tour to New Zealand. Notable omissions are Tamim Iqbal and the recently retired Mahmudullah.

The squad will fly to New Zealand on 9 December. The first Test of the two-match series begins on 1 January.