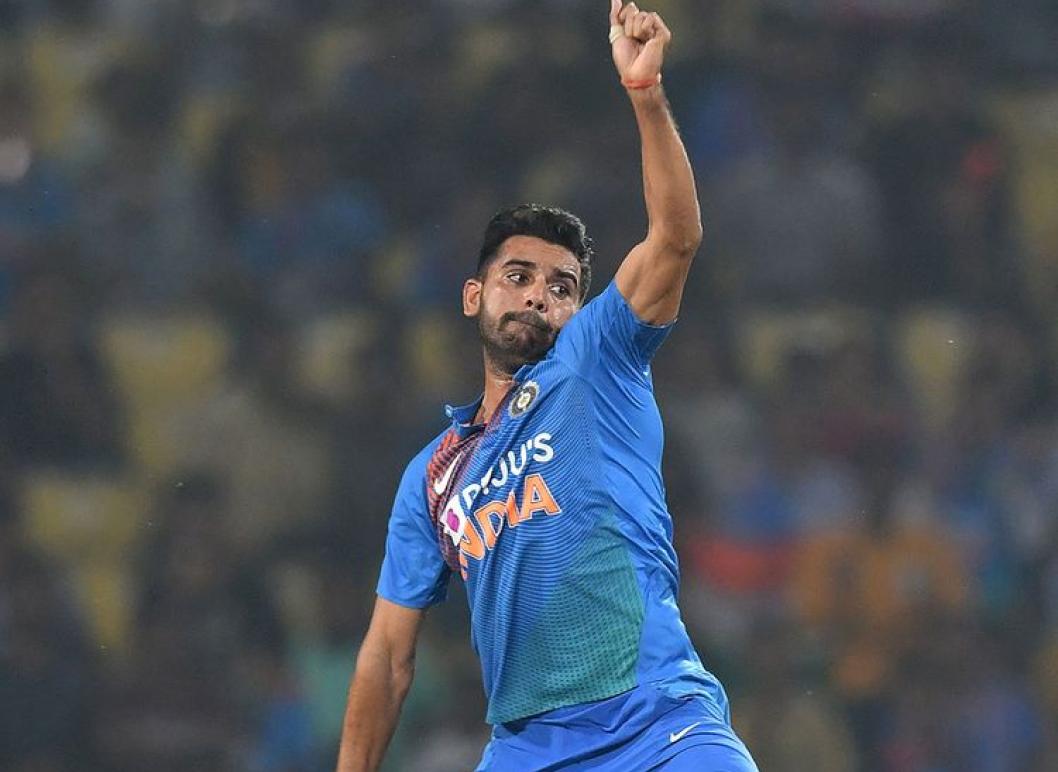 After his heroics for India against Bangladesh in the series-decider of the three-match T20I series at Nagpur, Rajasthan pacer Deepak Chahar on Tuesday bowled yet another splendid spell of 3-1-18-4 in the Syed Mushtaq Ali T20 Trophy match against Vidarbha at Thiruvananthapuram.

Chahar claimed all of his four wickets during the last over of his spell in a rain-curtailed 13-overs-a-side match. At one point, it looked like he had claimed yet another hat-trick after he became the first Indian in men’s T20Is to achieve the feat on Sunday.

He had claimed wickets on the fourth, fifth and sixth deliveries of the 13th over of Vidarbha’s innings. However, he had bowled a wide after Darshan Nalkande’s wicket which he claimed on the fourth delivery. So, despite the wickets coming in three consecutive legal deliveries, the hat-trick was ruled out because of the wide he bowled.

Rajasthan went on to lose the game by 1 run (VJD method). It was still a superb bowling effort nevertheless. Chahar has now claimed 10 wickets in the last 38 deliveries he has bowled in T20s at a superb strike-rate and economy rate of 3.8 and 4.03 respectively. That’s a mindboggling number and goes on to show the kind of form he has been in.

Chahar’s six-wicket haul against Bangladesh on Sunday helped him gain overnight fame. His spell of 3.2-0-7-6 also became the best bowling figures in men’s T20Is surpassing the previous best of 6 for 8 by Sri Lanka’s Ajantha Mendis.