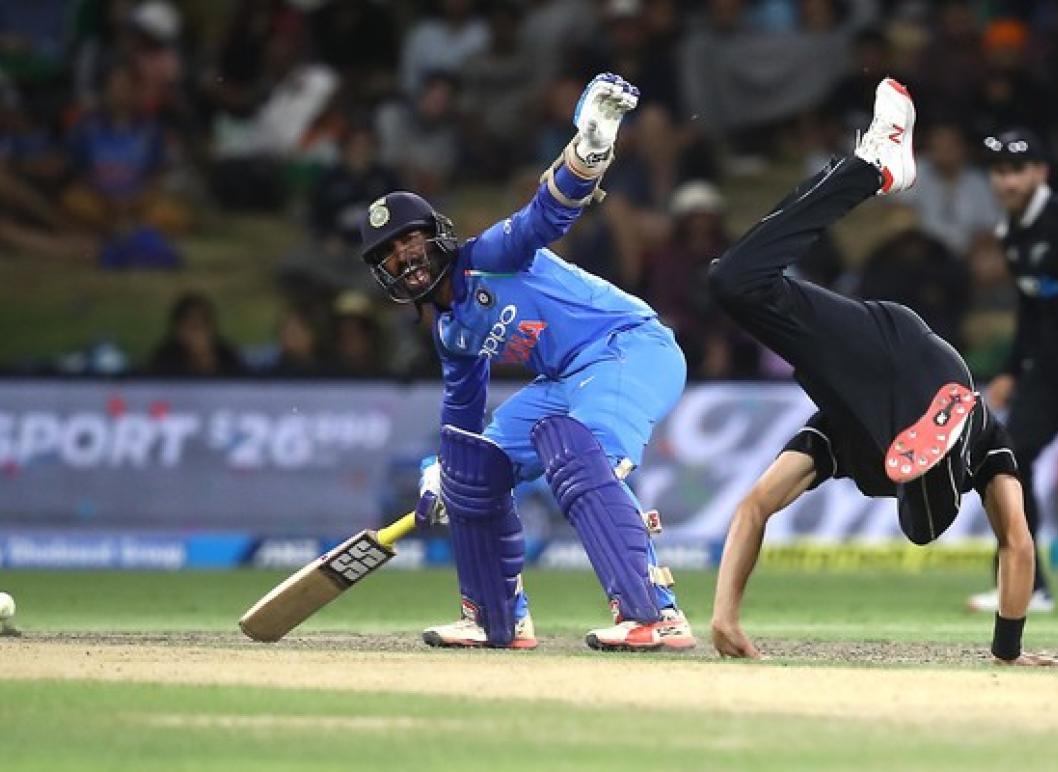 Indian international player Dinesh Karthik has been issued a show-cause notice by BCCI for attending a promotional event of the Caribbean Premier League (CPL) franchise Trinbago Knight Riders, which is owned by Shah Rukh Khan.

Karthik was seen attending the opening CPL game between the Trinbago Knight Riders and St. Kitts and Nevis Patriots in Port of Spain. The 34-year-old was also seen in their dressing room.

“Yes, Dinesh Karthik has been issued a show-cause notice by the BCCI. We have received photographs where Karthik is seen in the dressing room of Trinbago Knight Riders. BCCI CEO Rahul Johri has issued a show-cause notice asking him to explain why his central contract shouldn’t be annulled,” a senior BCCI official told PTI on condition of anonymity.

A screengrab showing Karthik sitting in the Trinbago dressing room along with Brendon McCullum and wearing their Jersey as well had reached the BCCI officials.

According to reports, the 34-year-old, who is also the captain of the Kolkata Knight Riders franchise in the IPL, didn’t ask for any permission from BCCI in order to attend the event.

“As a centrally contracted cricketer, Dinesh Karthik had no business being seen in a franchise league which is not IPL. His central contract prevents him from being associated with any private league as it has been the BCCI clause for all active first-class cricketers,” the senior official said.

With the National One-day Championship for the Vijay Hazare Trophy starting on September 24, where he is supposed to feature for Tamil Nadu, Karthik will probably tender for unconditional apology.