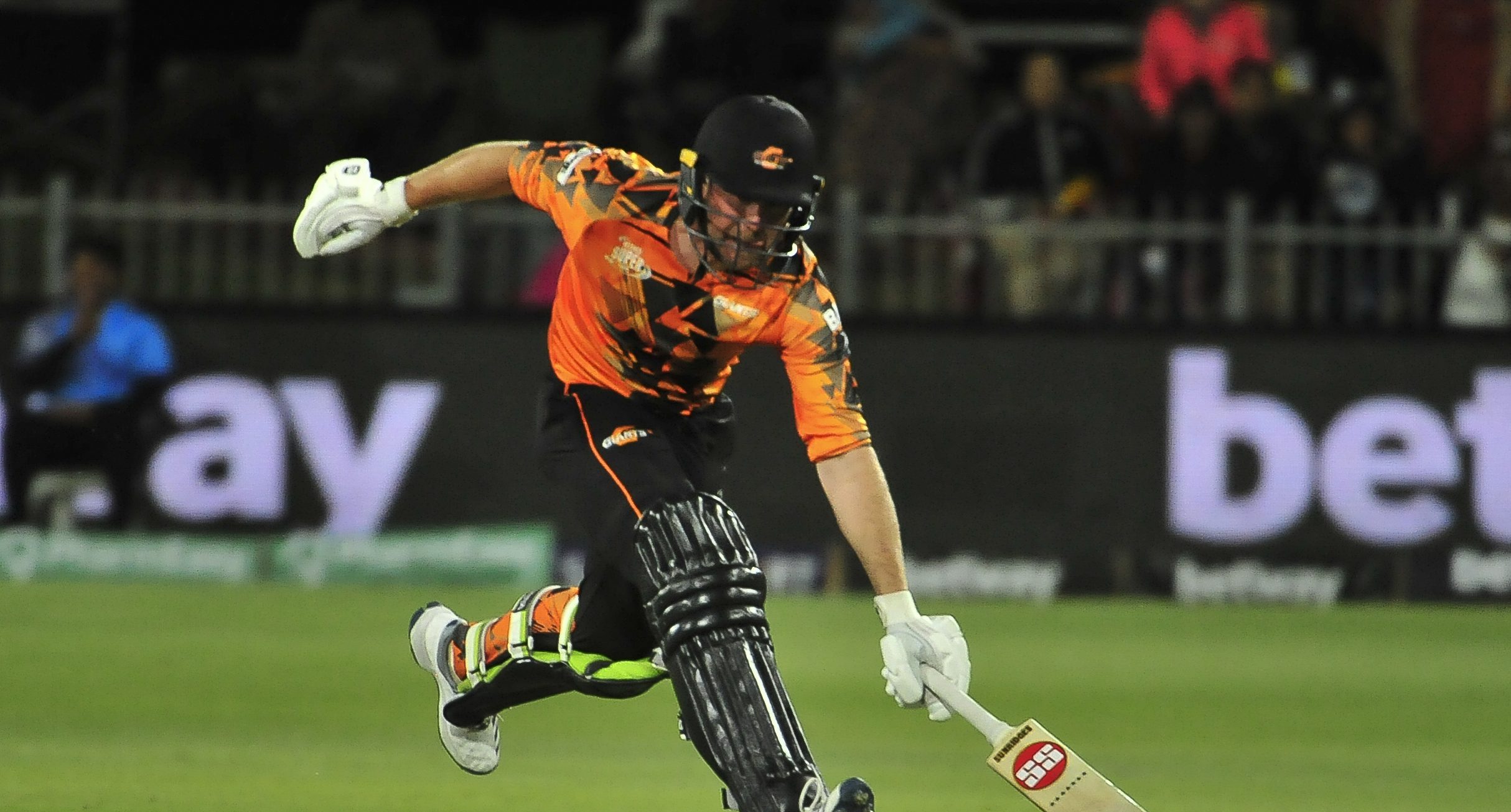 Ben Dunk produced one of the most memorable performances in Mzansi Super League (MSL) history with his 54-ball unbeaten 99 helping the Nelson Mandela Bay Giants pull off the highest chase in history to edge the Tshwane Spartans by six wickets in Port Elizabeth on Tuesday.

The Australian clobbered four sixes and 10 fours in an opportunistic innings as the hosts chased down a mammoth 189 with two deliveries to spare.

Their eventual score of 194 for four batting second eclipsed the previous record of 189 for eight scored by the Durban Heat to beat the same Tshwane side last season.

Dunk was not alone in his exploits and he was helped by Marco Marais (38 off 22 balls), with whom he shared what proved to be a match-winning 86-run unbroken fifth-wicket stand with – one that came from just seven overs.

And what was most remarkable was the position the Giants had found themselves in early on after they had slumped to 28 for three in the fifth over, before recovering to secure a famous chase.

It was one that also lifted them joint-top of the table with 23 points alongside Paarl Rocks. The Spartans, meanwhile, stayed third on 19 points.

However, victory had looked a long way away for large chunks of the game and especially at the changeover where the visitors had amassed a strong 188 for five thanks to half-centuries by AB de Villiers (63 off 38 balls, 6 fours, 2 sixes) and Wiaan Mulder (52 off 41 balls, 6 fours, 1 six).

Mark Boucher’s side won the toss and opted to bat first with Tony de Zorzi (30) and Mulder, in a new role of opener, helping them fly out of the blocks with a 57-run opening stand that was followed by 67 between the top two run scorers.

After a slight dip, Roelof van der Merwe (15) added some runs late as they set a tough target. As he almost always is, Imran Tahir was the pick of the bowlers with two for 28.

Lungi Ngidi (2/37) then landed the hosts, who were bidding to avoid a third straight loss, in some hot water by taking out captain Jon-Jon Smuts (7) and Heino Kuhn (0) after Matthew Breetzke (6) fell to Corbin Bosch.

With three down in 4.4 overs, the odds were heavily stacked against the Giants, but Dunk, initially aided by Dutchman Ryan ten Doeschate (33), rode his luck to produce a monumental career-best performance and seal a memorable win.

Having worked in a number of sectors both public and private, Manish is following his passion of cricket by overseeing the operations of CricketNews.com. As well as leading the journalists, Manish also looks after partner and advertising liaison too. You can contact him at [email protected]