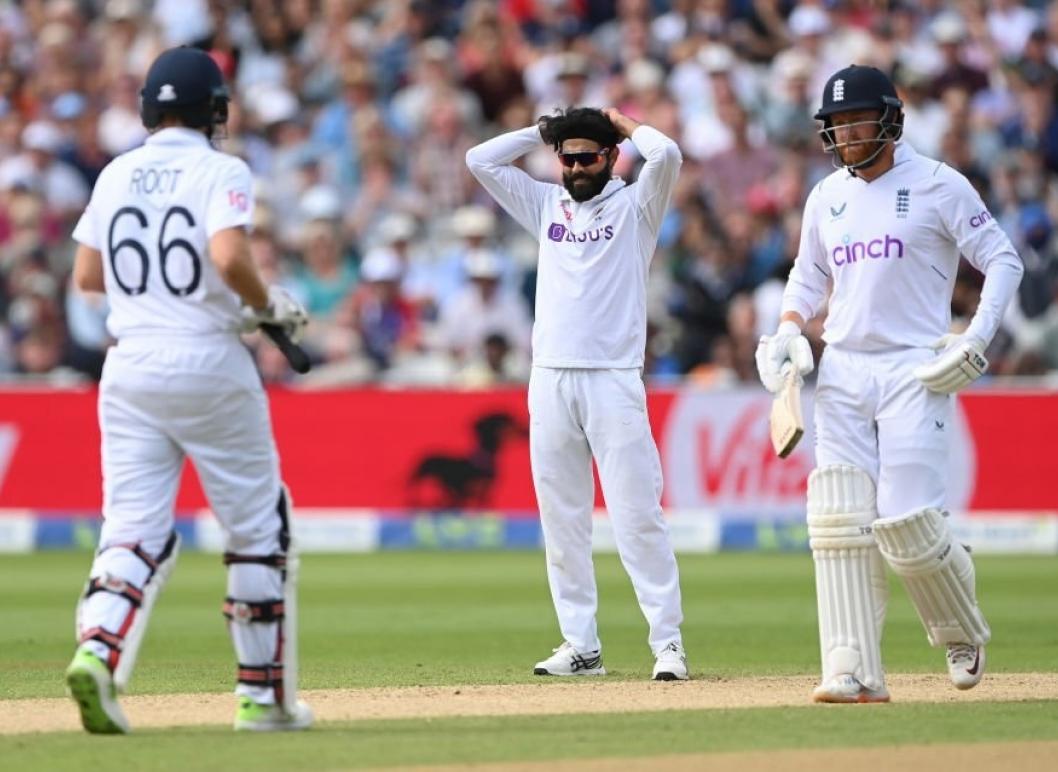 On day four of the Edgbaston Test on Monday, Joe Root and Jonny Bairstow hit unbeaten fifties to lead England's massive chase of 378 against India. The hosts had amassed 259/3 in 57 overs at the time of stumps, requiring 119 runs on the last day to tie the five-match Pataudi Trophy series.

English players Root and Bairstow returned to the dressing room after scoring 76 off 110 balls and 73 off 89 deliveries, respectively, as rain held off. Prior to this, England bowled the visitors out for 245 in 81.5 overs on a ground with varying bounce and some turn for spinners by taking out the final seven Indian wickets for 120 runs, with Ben Stokes adding three more.

The fantastic opening partnership of 107 between Alex Lees (56) and Zak Crawley (46), before a ball change after 20.5 overs brought India three wickets in as many overs, showed the impact of the heavy roller on the ground. However, Root and Bairstow's 150-man unassailable stand meant that the day belonged to the hosts.

Ollie Pope was persuaded to poke at a ball coming in from the back of the length by Bumrah, and the batter did so, allowing India to score with the very first ball after tea. However, the ball maintained its trajectory and travelled from Pope's outer edge behind to Pant, eluding the goalkeepers.

The ball was inside-edged into the leg-side by Lees off Ravindra Jadeja in the following over, and he had no idea where it had gone. Lees ran after Root had already started running from the non-end, striker's and was quickly run out there.

As India lost two reviews in as many overs, Bairstow got things started with a boundary via a back-foot punch from Jadeja, and Root escaped lbw appeals from both Jadeja and Shami. When Root reverse-swept and paddled Jadeja for a pair of boundaries in the 37th over, the game changed.

An outside edge from Bairstow's blade broke through Hanuma Vihari's hands at the second slip, giving him a life at 14, sending the ball flying in the direction of the boundary rope. That provided the impetus for the pair's response, with Root using the sweep and whips to achieve his fifty-first run in 71 balls.

Bairstow, on the other hand, used flicks, pulls, and slices to find the openings for boundaries and reached his fifty with a brace through his square leg. When a faint edge on the flick failed to pierce the gloves of a diving Pant, he was given another chance at life at age 39.