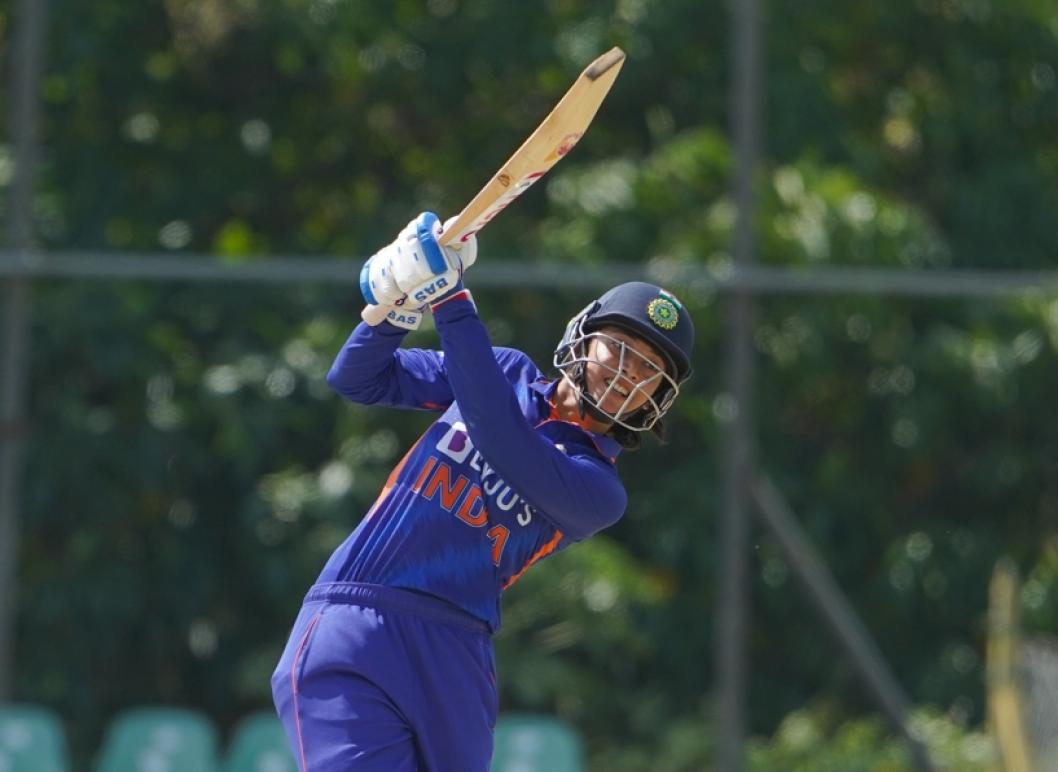 In the first ODI of the series, India Women defeated England Women by seven wickets thanks to half-centuries from opener Smriti Mandhana, captain Harmanpreet Kaur, and wicketkeeper Yastika Bhatia.

At the County Ground in this location, the Indian bowlers took advantage of the playing conditions by limiting England to a respectable 227/7 in their allotted 50 overs.

As India Women reached 232/3 in 44.2 overs to take a 1-0 lead in the three-match series, the batters took advantage. Opening batswoman Mandhana top-scored with 91, Harmanpreet stayed unbeaten on 74, and Yastika Bhatia smashed a 47-ball 50.

Even though she lost her partner Shafali Verma (1) early in the match, Mandhana laid the groundwork for the victory with a brilliant knock. When Shafali mishandled an uppish flip and was caught by Charlie Dean at midwicket off Kate Cross, the score was three runs.

Yastika proved to be a solid companion for Mandhana as they combined to score 96 runs for the second wicket. The next victim was Yastika, who was bowled by Dean as she lowered herself to hoist the off-spinner but completely missed the ball. Yastika smacked eight fours and a six to score 50 runs off of just 47 balls.

In the companionship of the captain, Harmanpreet, Mandhana continued to add runs to her total, falling nine runs short of the three-figure milestone. India was spurred to victory by Mandhana and Harmanpreet, who put up 99 runs for the third wicket while greatly troubling the England bowlers. Mandhana was caught by Davidson Richards off Cross in the 37th over with the score at 198.

In conjunction with Harleen Deol, Harmanpreet led India past the goal while maintaining her perfect score of 74. (6 not out off 20 balls).

The match was set up for India by the Indian bowlers, who held the England Women to a low total.

India's mayhem began when Meghana Singh and Jhulan Goswami sent back Tammy Beaumont (12) and Emma Lamb (12) after reducing the hosts to 21/2 in the ninth over (7). After then, England did recover somewhat, but they continued to lose wickets frequently.

For India, spinner Deepti Sharma was the most successful bowler with 2-33 off her 10 overs as six off the seven Indian bowlers in action claimed at least a wicket each.