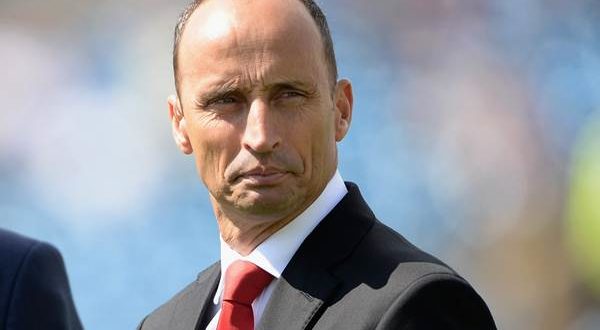 Former England captain Nasser Hussain feels the hosts made an error by not picking veteran speedster Stuart Broad in the first Test of the ongoing three-match series which led to their four-wicket defeat at the hands of West Indies at the Ageas Bowl on Sunday.

Courtesy of this win, Jason Holder’s troops went a step closer in retaining the Wisden Trophy, which currently is in their possession, having beaten England earlier in their home series.

Hussain lauded West Indies for their fine performance, however, he did mention that England missed a trick by not picking Broad for the crucial opening Test of the three-match series.

“Hats off to West Indies for a super performance, but I’d like to ask England one question. If this had been the first game of the Ashes, would they have left out Stuart Broad?” Hussain wrote in his column for Daily Mail.

“It makes me wonder if they’ve made a mistake they keep making against this West Indies side. They underestimated them, despite the Wisden Trophy currently being in possession of Jason Holder.

“But if Broad had been playing, Stokes might well have chosen to bowl on Wednesday morning – and I believe West Indies would have been dismissed cheaply. Without Broad in the side, the decision at the toss becomes 50-50, as we saw on Sunday, when England might have won had they taken their chances.

“Instead, they’ve gone 1-0 down to West Indies for the second series in a row,” he added.