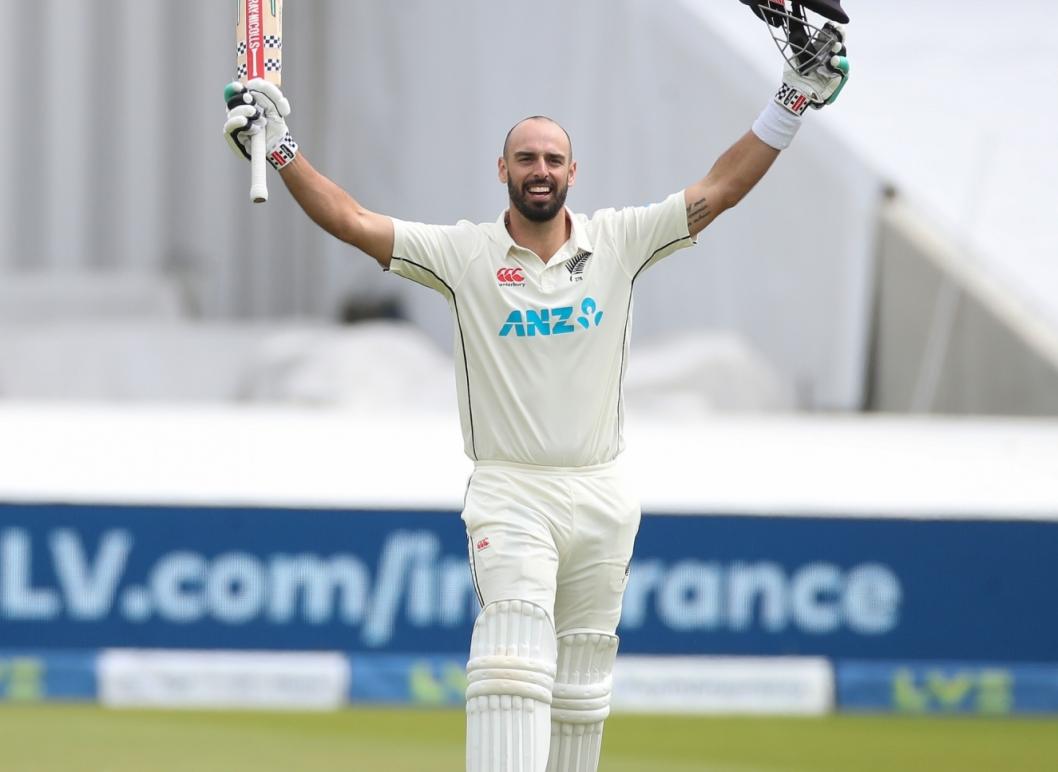 England finished Day 2 of the second Test match against New Zealand, at Trent Bridge, on 90/1. They still trail by 463 runs, and will need to bat for at least four more sessions to gain some sort of control in the Test match. At the crease are Ollie Pope, who played some delightful shots in the final hour to finish on a 73-ball 51, and Alex Lees, on a career-best of 34. England were in trouble when Trent Boult (1-18) sized up Zak Crawley with five outswingers before bowling one that held its line and found the edge, but Lees and Pope have looked largely unharmed thereafter.

Earlier, New Zealand resumed the day on 318/4, and both Daryl Mitchell (190 in 318 balls, 23 fours, four sixes) and Tom Blundell (106 in 198 balls, 14 fours) duly got to their respective third Test match hundreds. The pair eventually added 236, the largest fifth-wicket partnership for New Zealand against any side as well as their fourth-largest stand for for any wicket against England.

Blundell eventually mistimed one when he tried to clear mid off against Jack Leach (2-140). Mitchell then found an ally in debutant Michael Bracewell (49), who dominated the 91-run fifth wicket partnership before James Anderson (3-62) had him caught behind. Kyle Jamieson smashed three fours in 12 balls before Stuart Broad (2-107) had him and Tim Southee in quick succession, while Leach had Matt Henry caught. From 496/5, New Zealand slid to 520/9.

Mitchell and Boult then added 33 for the last wicket. But just when it seemed Mitchell would get to that coveted double hundred – he had never scored more than 170 in even First-class cricket – Matthew Potts had him caught behind.