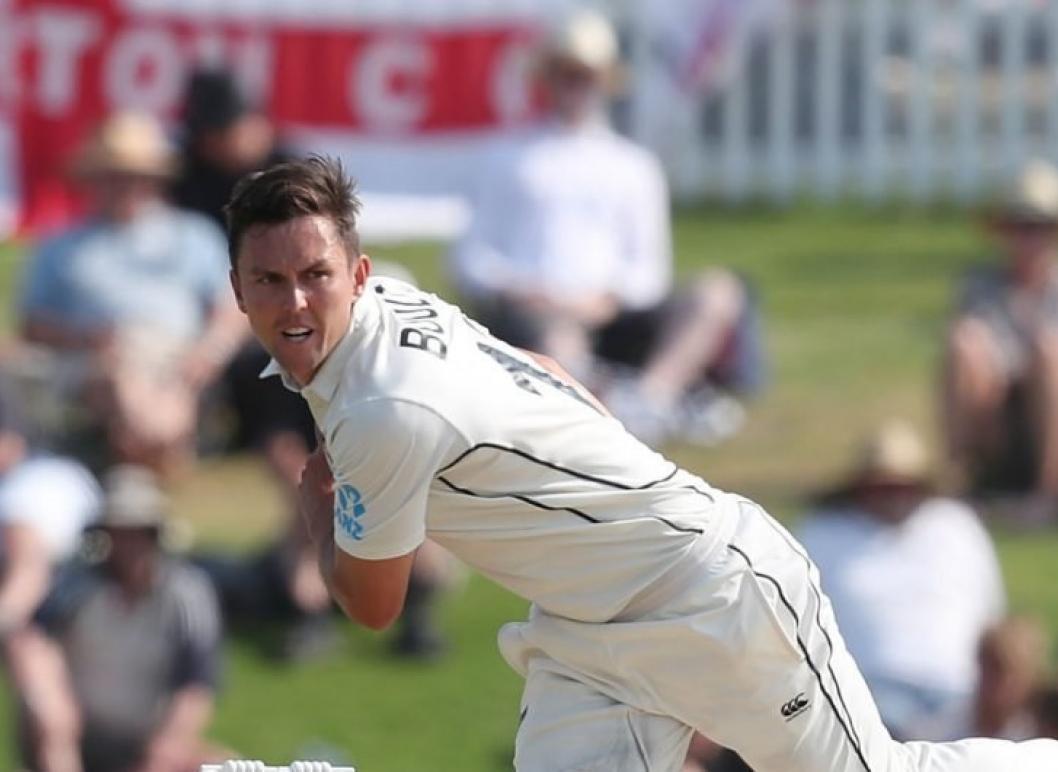 New Zealand finished Day 4 of the second Test match against England, at Trent Bridge, on 224/7. They lead by 238 runs with three second-innings wickets standing, and need to bat out the first hour to ensure safety, or even hope for a win. However, with Kyle Jamieson awaiting his scan reports and unlikely to take further part in this Test match, England are firm favourites. At the crease are Daryl Mitchell (32*) and Matt Henry (8*). Barring Jamieson, Trent Boult is the only one left to bat.

New Zealand began with a lead of 14, and lost Tom Latham early, when he shouldered arms to a ball from James Anderson that did not leave him. But Will Young (56) and Devon Conway (52) added exactly a hundred at brisk pace before the latter attempted a slog sweep off Jack Leach and was caught in the deep. Henry Nicholls hit Matthew Potts to backward point, while Conway was run out following a bizarre mid-pitch confusion with Mitchell.

Mitchell and Tom Blundell (24) then added 45, threatening an encore of the last two innings, in both of which they put up substantial stands, before Stuart Broad had the latter caught at backward short leg. Debutant Michael Bracewell came out all guns blazing, hitting his way to a 17-ball 25, until he hit Potts to cover, while Tim Southee was run out after facing one ball.

Earlier, England lost their last five wickets for only 23 runs after Joe Root (176) and Ben Foakes (56) added 111 for the sixth wicket. Root became the first cricketer to score 3,000 runs in the history of the World Test Championship before Boult (5-106) had him caught at cover. Boult and Bracewell (3-62) then ran through the tail.