England vs West Indies first Test preview: Time for cricket to adapt to its new normal 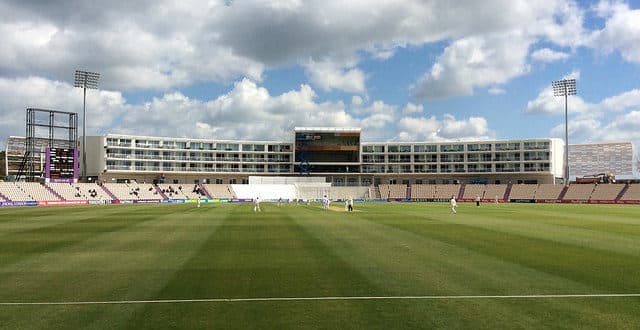 Finally, following a gap of of 117 days, the sound of ball hitting the bat will be heard at the international arena. From Wednesday (July 8), at the lush green Rose bowl in Southampton, England and West Indies will play the most anticipated Test match (actually, a cricket match in any format) of recent times – a fixture which marks the resumption of cricket in the post COVID-19 era.

There will be no crowd at the stands as the entire ground and its surrounding area has been cordoned off as a bio secure zone. Considering the current coronavirus situation in the United Kingdom, no one is allowed to enter or leave the premises of the ground during the match days.

Furthermore, the game will be played under new ICC regulations, which means the usage of saliva on the ball will be banned, no hugging or high-fives on the field, allowance of COVID substitution in case a player develops symptoms during the match and there will be three reviews per innings as all the three Test matches in this series will be officiated by ‘home’ umpires.

The build-up to the series, especially the warm-up matches which both teams played, has already provided us a glimpse of what cricket’s new normal is going to be. Players seemed very cautious about social distancing during those intra-squad games. They just went about their business without making much fuss. Also, multiple hand santizers were placed nearby the boundary ropes and players were seen using it quite frequently.

Amid all these regulations and safety protocols, a lot of people may miss the real charm of the game during this Test series but remember, these are unusual circumstances. Hence, perhaps, along with the cricketers, fans also need to adapt to this ‘new normal’ until the scientists find an anti-dote of the virus.

Meanwhile, coming back to a traditional match preview, England will obviously start the series as favourites though the last time these two teams faced each other in a Test series (in the Caribbean), the hosts ended up winning it by 2-1 margin.

This match will also commence the start of the English summer this year, which means there hasn’t been any county game played at the Rose Bowl in 2020. So, the surface might just have a little bit of extra juice in it to start with and the experienced English fast bowling attack might be able to exploit it. Though with the likes of Kemar Roach, Shannon Gabriel, Alzarri Joseph and skipper Jason Holder around, one just can not take the Windies attack lightly.

However, the problem for the visitors is their batting. They lack the solidity at the top of the order that is required in English conditions. Relatively inexperience batters like Shamarh Brooks and Jermaine Blackwood might get to bat at no. 4 and no. 6 respectively in the absence of Darren Bravo and Shimron Hetmyer. So, in the batting department, a lot will depend experienced pros like Kraigg Brathwaite, Shai Hope, Roston Chase and Shane Dowrich.

England, meanwhile, will miss its regular Test captain Joe Root in this game due to the birth of his second child. In his place, Ben Stokes will lead the side as the 81st Test captain of his country. Whereas Ollie Pope, who scored his debut Test hundred in South Africa a few months back, might come in the playing XI. Though Root’s No.4 position is likely to be taken by Kent middle-order batsman Zak Crawley, who scored 43 and 34 during the practice game.

Also, it will be interesting to see whether ace pace Stuart Broad finds a place in the XI or not. The team management might be tempted to play both Jofra Archer and Mark Wood – two hit the deck type of bowlers on that spicy pitch and in order to accommodate the duo, Broad might have to sit out. If it happens then it will be the first time in last eight years, Broad will miss a home Test match.

Nevertheless, the weather will be partly cloudy in Southampton during the course of the Test match, but thankfully as of now the met department hasn’t predicted rain on either of the five days. The temperature will remain in the range of 10 degrees Celsius to 20 degrees Celsius which means conditions will be ideal for Test match cricket.

So, let’s get the ball rolling.