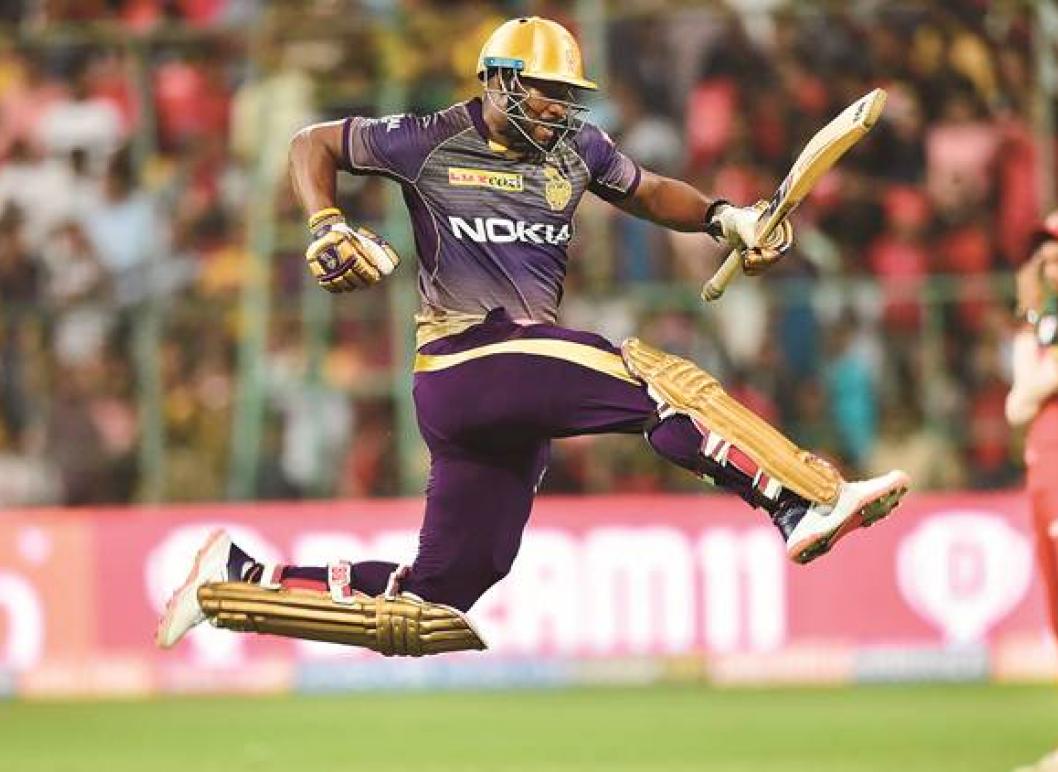 Andre Russell is undoubtedly one of the hardest hitters in the world of cricket. Playing for Kolkata Knight Riders, the West Indian has etched his name as one of the most destructive players of all time, who has the capability to help his team over the line from almost any situation.

On his 32rd birthday, we look at some of his best knocks in the history of the league.

Kings XI Punjab and KKR faced off in Pune in the eighth edition of the IPL, with Punjab posting 155 in 20 overs after Gautam Gambhir had sent the side in to bat first after wining the toss.

The Punjab team were in top form with the ball as they reduced the KKR unit to 60 for 5 and were in the driver’s seat till Yusuf Pathan and Andre Russell walked out to bat. Russell, in particular, was in an aggressive mode as he smashed 66 of just 36 deliveries with the help of nine fours and two sixes at a strike rate of 183.33. Though he was out in the 18th over, KKR went on to win the game courtesy his efforts.

KKR missed the services of Andre Russell in 2017 due to a ban, but the West Indian was back with full vengeance in 2018 as he showed why he is so highly rated against CSK in their own den. Batting first, KKR were once again in trouble at 89 for 5 but Russell completely changed the game as he played a brilliant innings of 88 in just 36 balls with the help of just one four and as many as 11 sixes! He was harsh on his compatriot Dwayne Bravo, who leaked 50 in three overs.

However, his efforts went in vain as CSK won the game by 5 wickets courtesy a fifty from Sam Billings.

KKR were almost out of the game against RCB at the Chinnaswamy Stadium last year, reeling at 153 for 5 after 17 overs, chasing 206 for an unlikely win, 53 runs were needed in 18 deliveries, but with Russell on the crease the tough task looked well within grasp. He went on to hit even sixes and a four in just 13 balls and helped KKR to a jaw-dropping win! His strike-rate of 369.23 prove