FEATURE: Chahal, Gopal or Kuldeep: Who should be India’s first choice wrist-spinner in T20Is? 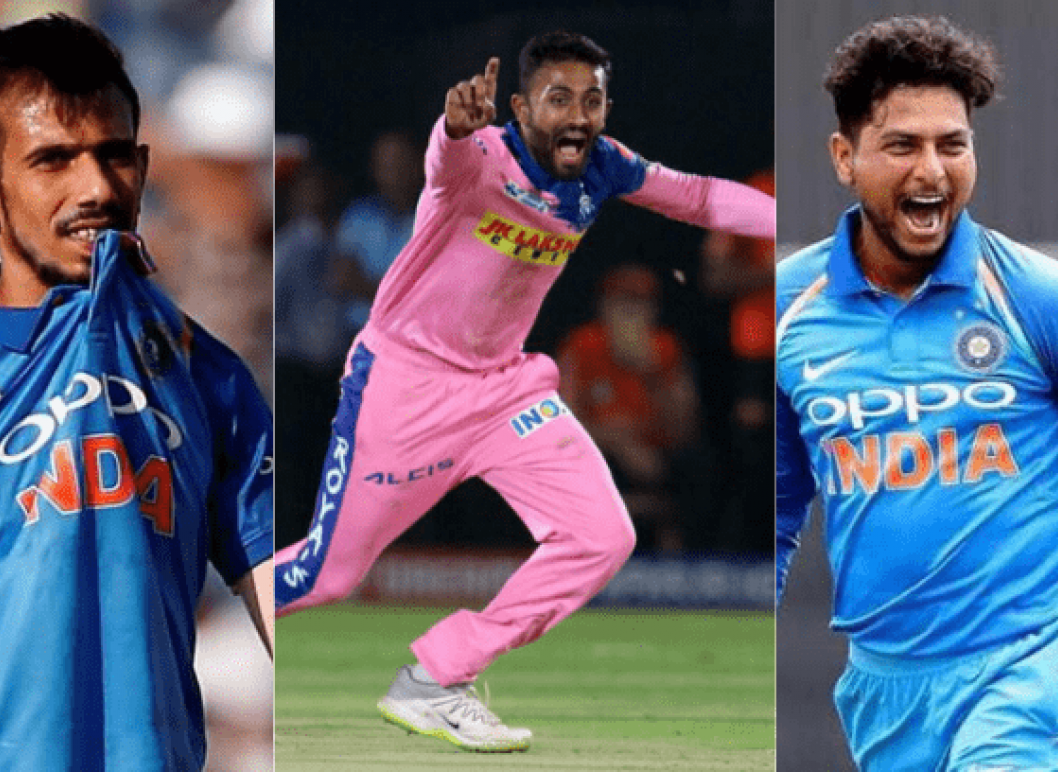 Wrist-Spinners have now become a lethal weapon for teams in the T20 format. Their wicket-taking ability is better than any other form of spin bowling and hence, every team prefers to have at least one wrist-spinner playing for them.

However, this breed of spinners are quite rare and most teams aren’t lucky enough to have them. But, India, who have traditionally been known for producing world-class spinners, have plenty of options to choose from.

Among these bowlers, Chahal and Kuldeep have been the premier spinners for the Indian T20I team ever since they made their debut in 2016 and 2017 respectively. The duo formed a lethal partnership as they destroyed oppositions from both ends for the first couple of years in their international career.

However, we saw Kuldeep going through a slump in form since the last year and Chahal started being expensive on majority of occasions. That led India to try out various other wrist-spinners like Mayank Markande and Rahul Chahar. These two young spinners, though, still have a lot to learn before they can reach Kuldeep and Chahal’s level.

That’s why the Indian selectors and management need to turn their attention towards another option who hasn’t been tried at the international level yet. He is none other than Shreyas Gopal who plays for Karnataka and plies his trade for Rajasthan Royals in the IPL.

Who should be India’s first choice wrist-spinner in T20Is?@ShreyasGopal19 has been excellent since IPL 2018.

Chahal has been good as well.

Since 2018, no other Indian spinner has taken more wickets in the IPL than Gopal. Not only that, he has done that while keeping a decent economy rate and an excellent strike-rate as well. The most fascinating part is that his IPL numbers have been far better than that of Kuldeep and Chahal during this period.

Moreover, there have been a total of five instances when he has picked up three or more wickets in an innings during this timeframe. Chahal and Kuldeep in comparison have registered a 3w+ haul on one and two occasions respectively, despite bowling in more innings than Gopal.

Yes, it might be argued that it is not fair to compare Gopal’s numbers with that of the other two spinners as the two Indian internationals majorly have bowled in the unhelpful conditions of the Chinnaswamy Stadium and Eden Gardens whereas Gopal has bowled majority of his overs in Jaipur where the boundaries are pretty big.

So it’s only fair to compare their away performances to figure out whether Gopal is really better than Kuldeep and Chahal.

Your logic is right. Bowling in Kolkata and Bengaluru is tougher than that in Jaipur.

But comparing their away performances should be fair enough.

This should make things clear. https://t.co/dN2HG7UIYG

Even when their away numbers are considered, Gopal emerges as the clear winner once again. He turns out to be a far better spinner both in terms of economy and wicket-taking ability once again and that’s why he deserves a call-up to India’s T20I side.

Gopal is one of those rare wrist-spinners who can maintain a good economy rate without compromising his wicket-taking ability. In fact, his pairing with Chahal would be quite lethal in T20Is. The pressure created by Gopal at one end will help Chahal in doing what he does best, which is picking up wickets at will. Moreover, Gopal is an established batsman with over 2500 first-class runs to his name and that sums up why he should be the first-choice wrist-spinner for India ahead of Kuldeep and Chahal.