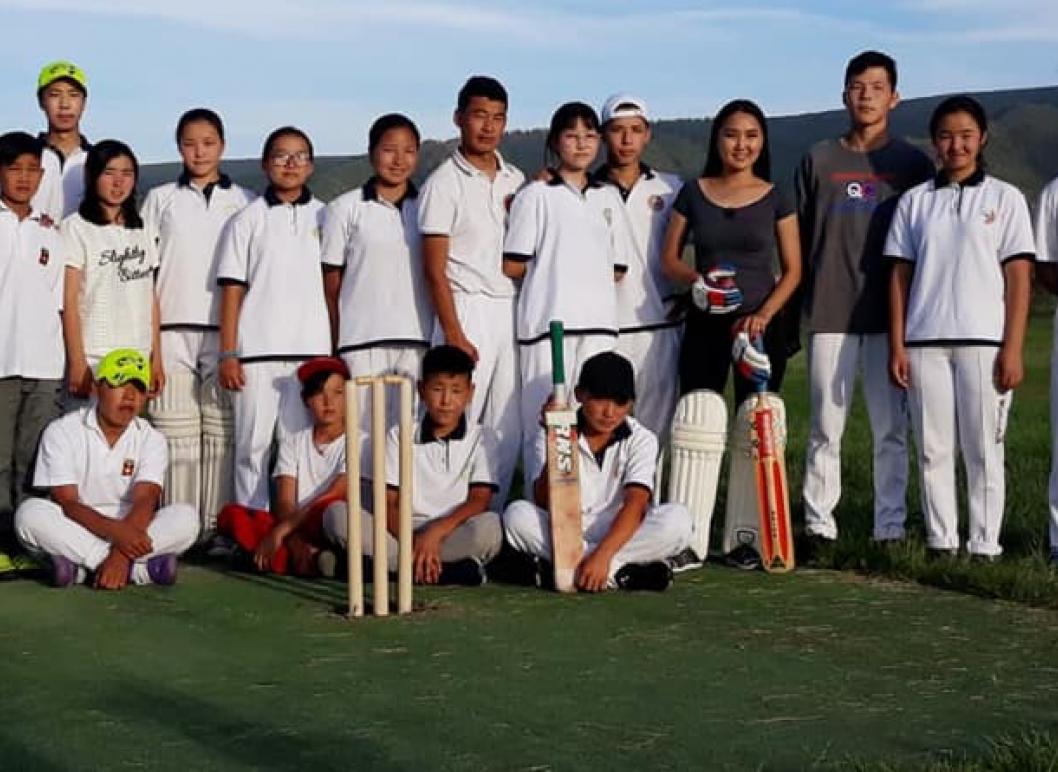 With the world currently battling the deadly coronavirus and sporting activities around the globe have taken a temporary break, CricketNews.com has decided to utilise this spare time to take a look beyond the traditional boundaries of the cricketing fraternity. In today’s piece we will get to know about the story of Mongolian cricket…

The British had never ruled Mongolia, nor did the missionaries have a wide presence over there. There is no historical background of cricket in Genghis Khan’s homeland. Yet, the English sport has not only just reached in the East Asian country, believe it or not, in recent times cricket is enjoying a sharp rise in popularity amongst the locals.

It is actually the solo effort of Battulga Gombo, who brought the cricket culture in Mongolia, almost single-handedly.

In his earlier days, Gombo used to be a Mongolian judo hero, who had represented his country in many international competitions. But at present he is more renowned as the father of Mongolian cricket. He is also the current president of the Mongolian Cricket Association (MCA).

In 2005, Gombo was at the Melbourne Cricket Ground to watch a charity match for tsunami victims, when his infatuation with cricket started. And at the first sight, he was so impressed with the sport that he immediately started making plans of taking the game to Mongolia.

“Visiting my wife in Australia, who was studying at Monash University in Melbourne, I saw cricket being played for the first time in the parks,” says Gombo in an exclusive skype chat with CricketNews.com all the way from Ulaanbaatar.

“The sport reminded me of matka, a Russian bat-ball game we used to play on the streets while growing up in Mongolia. Then I went to watch that match at MCG where there were 100 thousand people at the stands. It was a terrific atmosphere. Actually, I have never seen such a big crowd in my life at that time. That sport itself also was so amazing that it triggered my interest and I started researching about it.”

Coming back to his homeland in 2007, Gombo founded the MCA, earlier known as the Mongolian Amateur Cricket Association.

But there was no funding, no ground, no infrastructure and most importantly, not enough players.

“When I came back to Mongolia [from Australia], I went to the local Olympic committee, spoke with a few sportsperson; but no one knew about this game at that time. Then a friend of mine suggested me to speak with an Indian guy who used to run an Indian restaurant in Ulaanbaatar. When I met him he explained me a little bit about the game. Then I also met a few expats, who were from the cricket playing nations.

“They all said that they want to play cricket but at that time that was not possible in Mongolia due to lack of infrastructure. So, I decided to found MACA [Mongolian Amateur Cricket Association],” he explains further.

In 2008, Gombo went back to Melbourne and attended the Cricket Coach Accreditation Course by Cricket Australia. After successfully completing it, he became Mongolia’s first ever qualified cricket coach. 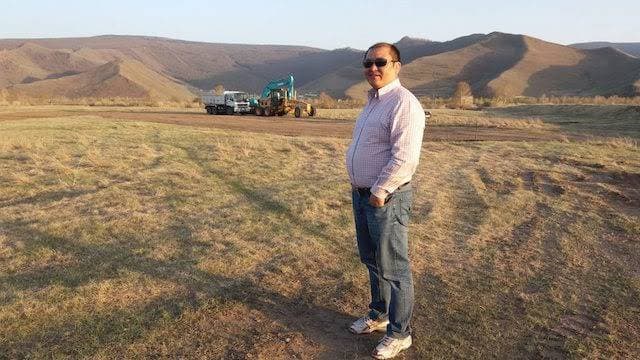 Coming back from Australia, Gombo started visiting schools and orphanages around Ulaanbaatar to generate interest amongst the children about the game. He found help from some of his British, Indian and Australian friends, who were residing in Ulaanbaatar during that time.

With time and effort, Gombo’s plan started to work.

“I brought some kits from Australia and with those I started visiting the local secondary schools and it was great to see the interest among the children. Most importantly, those children started loving the game and there the spark was ignited…”

“Initially, during the summer [the only time in the year when the weather is not extreme and an outdoor sport can be played in Mongolia]  when I used to organise training sessions, there were 15 to 20 boys and girls and the number started increasing quite rapidly.

“At present we have 500 children registered with us from 18 schools and orphanages around the country. Considering the small population of Mongolia [3 million and 1 million of those are from the capital city Ulaanbaatar] I believe, this is an excellent number. Also, around 40 percent of our kids are girls and some of them have better skills than boys,” reveals Gombo.

Between May and October, the kids join these weekly training camps. Earlier they used to play in an artificial soccer pitch surrounded by a running track. But in 2016 the government allocated 1.7 hector land to MCA at the National park to construct the first-ever cricket ground in the country. Recently, the association has managed to put some infrastructure in place, which is now known as the Mongolian Friendship Cricket Ground.

“The inclusion of cricket in the national youth programme has helped us to generate more interest about this game in Ulaanbaatar as well as in the other provinces. The government has now started developing all the team sports and cricket is an important part of their scheme of things. We are hoping that cricket will be a part of the next Asian Games and we will be able to send our team there,” Gombo says.

Meanwhile, when it comes to financials, Mongolian cricket is still dependent on private funds and donations.

Hence, in order to sustain, Gombo and his cricket enthusiast friends are pushing for an ICC Associate status. They have already filled up the form and waiting for the decision.

“The regional development manager [of ICC] helped us during the application process. However, one of the requirements [to be an associate member of ICC] is that we need to have a national league involving minimum eight teams.

“We have got eight teams lined up for a T20 competition but due to the ongoing COVID-19 pandemic, we are still awaiting permission from the government to start the league. We are struggling a bit on this,” Gombo explains.

“You know, a lot of our players are teenager school kids. I believe, they have enough potential and we hope in couple of years time Mongolia will have a strong pool of players who can represent the country in international competitions. So, till then we need to continue what we are doing…”