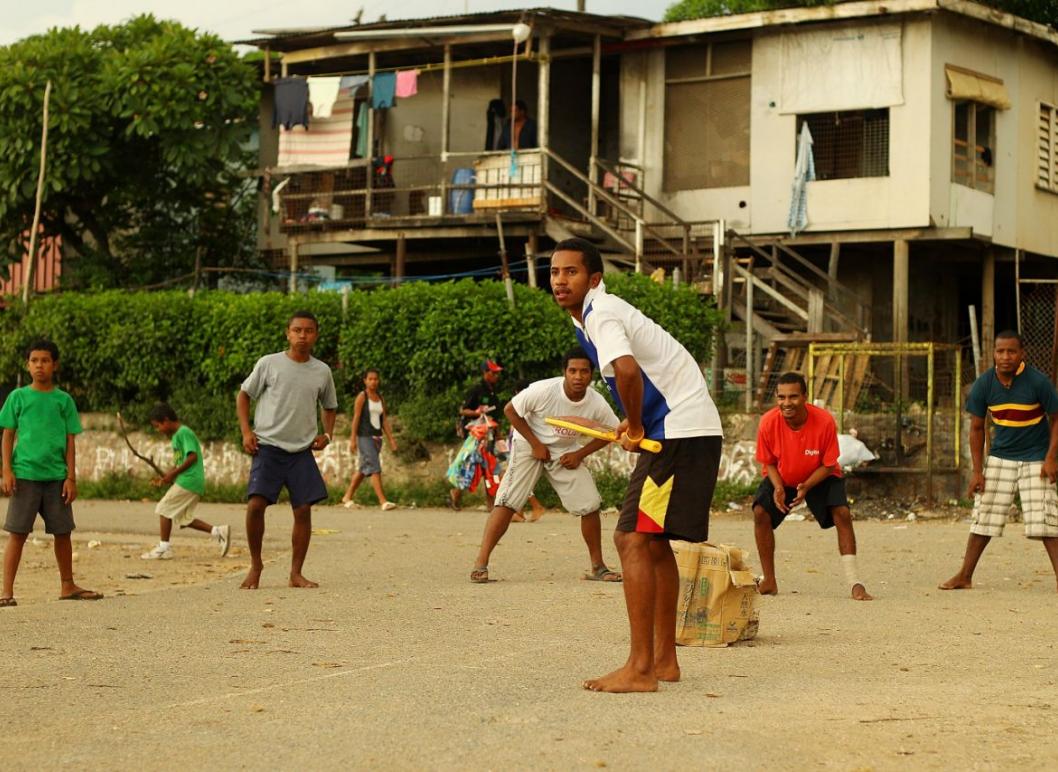 With the world currently battling the deadly coronavirus and sporting activities around the globe have taken a temporary break, CricketNews.com has decided to utilise this spare time to take a look beyond the traditional boundaries of the cricketing fraternity. Today we will talk about a coastal fishing village of Papua New Guinea  from where most of their cricketers come from…

Papua New Guinea (PNG) is a no stranger in the cricketing world. In fact, the sport has come a long way in PNG since British missionaries introduced the game in the early 1900s. The “Barramundis” (the nick name of the PNG men’s cricket team) are an Associate member of the International Cricket Council (ICC) and at the “Associate and Affiliate” level they have been regarded as a consistent performer. Even they came agonisingly close to a place at the 2015 World Cup.

In 2014, PNG secured the ODI status and in their first fixture after achieving the feat, they beat a much stronger Hong Kong side by four wickets in an ODI at Townsville, Australia. Interestingly, nine cricketers of that victorious PNG XI which took the field on that day, belong from the same village.

On the outskirts of the capital Port Moresby, Hanuabada is a small coastal village which is considered as game’s spiritual home in the country. Till date, the place provides the vast majority of PNG’s national players. The massively popular “Lil Lik Kriket” (a localised version of street cricket for tribals) competition could be one of the reasons but at Hanuabada, when the sun is out, the endless number of cricket matches on the main road is bound to provide you a feel of the cricket-obsessed sub-continent.

In the village, the majority of the houses are made of corrugated iron, lifted above the sea by stilts. On the shore, the settlement rises into the nearby hills, where the houses can be reached only by narrow pathways. Basic needs like electricity and fresh running water are hard to find. But despite all these difficulties, it is the passion of cricket which has bound the community of 20,000 odd Motuan (Native inhabitants of PNG) population together.

Street cricket is not just a kid’s sport here, it is a way of life, an integral part of Hanuabada’s culture.

The village is a the birthplace of Lil Lik Kriket and according to local experts, after this innovation, the game really blossomed in this part of the world. In the present day, with their homemade wooden bats and softballs, kids at Hanuabada continue to carry forward their cricketing heritage. 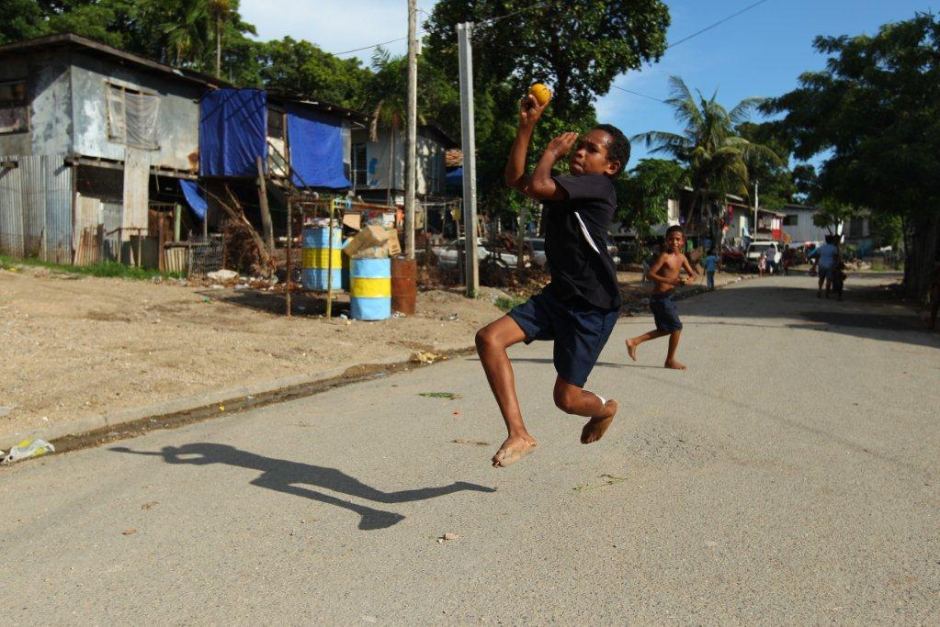 Street cricket is not just a sport here, it is a way of life. Photo courtesy: ABC.net

Meanwhile, along with its cricket culture, the other important reason behind the secret of Hanuabada producing a bulk of the national cricketers is its geographic location. Having being situated on the outskirts of the capital city, the kids of this village can afford to avail the infrastructure of Cricket PNG to brush up their skills. The children from the other distant parts of PNG, on the other hand, are not so fortunate because of lack of proper transport link to Port Moresby.

Well, the locals at Hanuabada do not buy that argument.

They believe, coastal people are more skillful and athletic than those in the highlands and that is why they tend to do better in sports that demand strength and aggression.

In the book ‘An Ocean of Cricket’, authors Adam Cassidy and Barrie Cassidy have described the spontaneity of playing cricket amongst the locals of Hanuabada quite aptly.

“Everyday scenes in the village would not be out of place in cricket-obsessed India. Some parents start walking their children to Hanuabada at 5.30 in the morning to join in an organised competition starting at 6.30am. Many kids arrive by canoe. Before land transport improved, in the 1950s and ’60s, some groups travelled more than a day and a half from the village of Hula, 100 kilometres away. Hula too provides representatives in the national team, despite its small population. The tiny islands offshore, where cricket was introduced as an alternative to tribal fighting, provide teams as well.

“As many as 50 teams line up to play in one of the three matches each day. Several matches are played at once in the tight confines of the main road. Well-struck pull shots often have fielders plunging into the ocean to retrieve the ball. Some kids use plastic bats and stumps, but others still make do with planks of wood and soft drink crates.

“Spectators sit on concrete blocks and wooden boxes at the edge of the road and chase the ball for the players when they belt it over or through the surrounding huts. National vice-captain and wicketkeeper Jack Vare says the umpires have a lot of discretion when calling the runs. If you hit a house and cause damage, it can be ruled out, but if you manage to clear it, then it’s a six without question.”

Isn’t it quite fascinating that a British sport has had such deep impact on the traditional Motuan life?