FEATURE: When Cricket made its presence felt at Antarctica 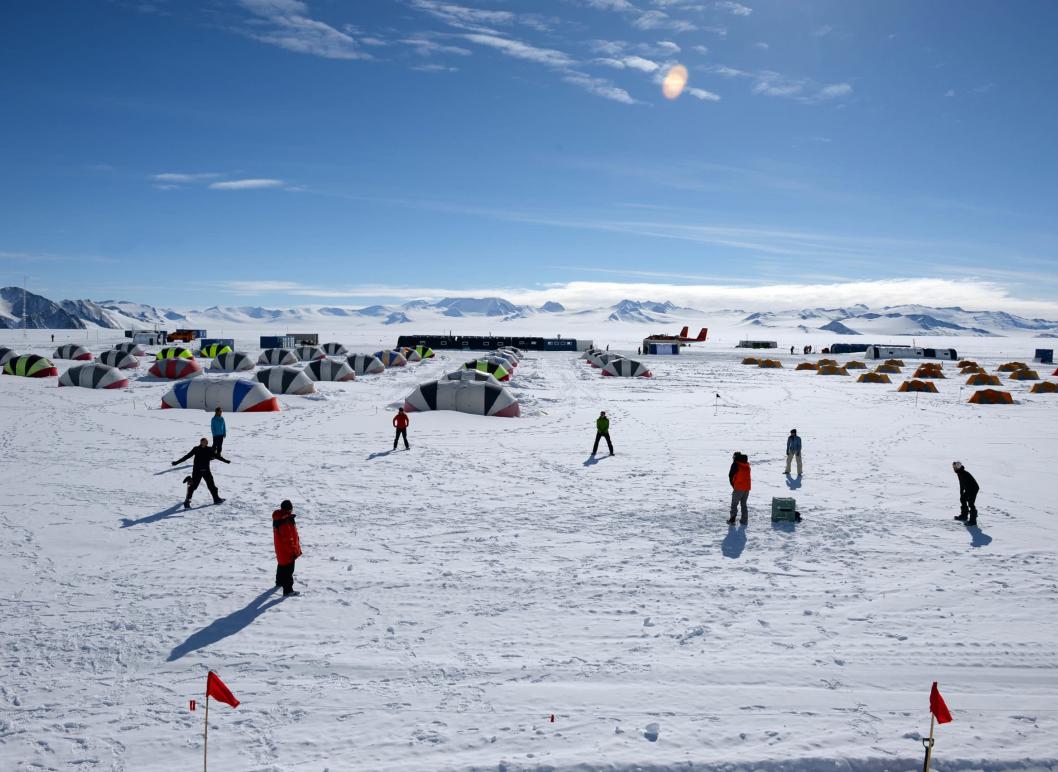 With the world currently battling the deadly coronavirus and sporting activities around the globe have taken a temporary break, CricketNews.com has decided to utilise this spare time to take a look beyond the traditional boundaries of the cricket fraternity. In today’s piece we will discuss about a few matches which took place one of the most parts of the world – Antarctica.

There is hardly any place more isolated in this planet than Antarctica. The southernmost continent is the coldest, driest and windiest part in the world and it is virtually uninhabited.

However, even there cricket has its footprints.

On January 11, 1985, a full fledged cricket match took place at Antarctica, about 400 miles from the South Pole.

The idea of playing the game on that part of the world was the brainchild of Sir Arthur Watts, a British diplomat and most importantly a cricket enthusiast. He was leading the a British delegation of 60 scientists, environmentalists, administrators and lawyers of different nationalities, who were in Antarctica at that time for an international workshop on mineral rights.

Watts assembled two sides for this contest. The pitch was actually the ski-track of a C130 Hercules aircraft. A heavier ball would have sunk into the snow so a tennis ball was used for this fifteen-a-side contest.

Batting first, the casuals made 102, with five of their batsmen were “retired frozen”. The Occasionals during their run-chase, made 129 to win the game. Even, eight of their batters too had to retire due to extreme cold.

In a report about the game, Wisden mentioned that during that Antarctic summer evening, the light was good enough for the play to continue until close to midnight.

In order to commemorate the legendary British navy officer Robert Falcon Scott, who led his country’s first expedition to the South Pole in 1910-13 (Terra Nova expedition) and which ultimately snatched away his and his team member’s lives, a cricket match was organised at the South Pole in January, 2012.

Neil Laughton, a Special Air Service officer, led a group of explorers to the Pole and played an unique fixture between a British and Rest of the World side. Most of the players were scientists from all over the world, who were based at the Amundsen-Scott research station in Antarctica.

The game was played in temperatures as low as -35C and the British side went on to win it by two wickets.

Later, during a chat with the BBC, Laughton said, “Obviously it was very cold and difficult with all the bulky clothing to bat and bowl and slide around in the field to catch the ball but we managed it fine.

“I thought it [Cricket] was quintessentially British and I wanted to do something that does not happen down here very often, if at all.”