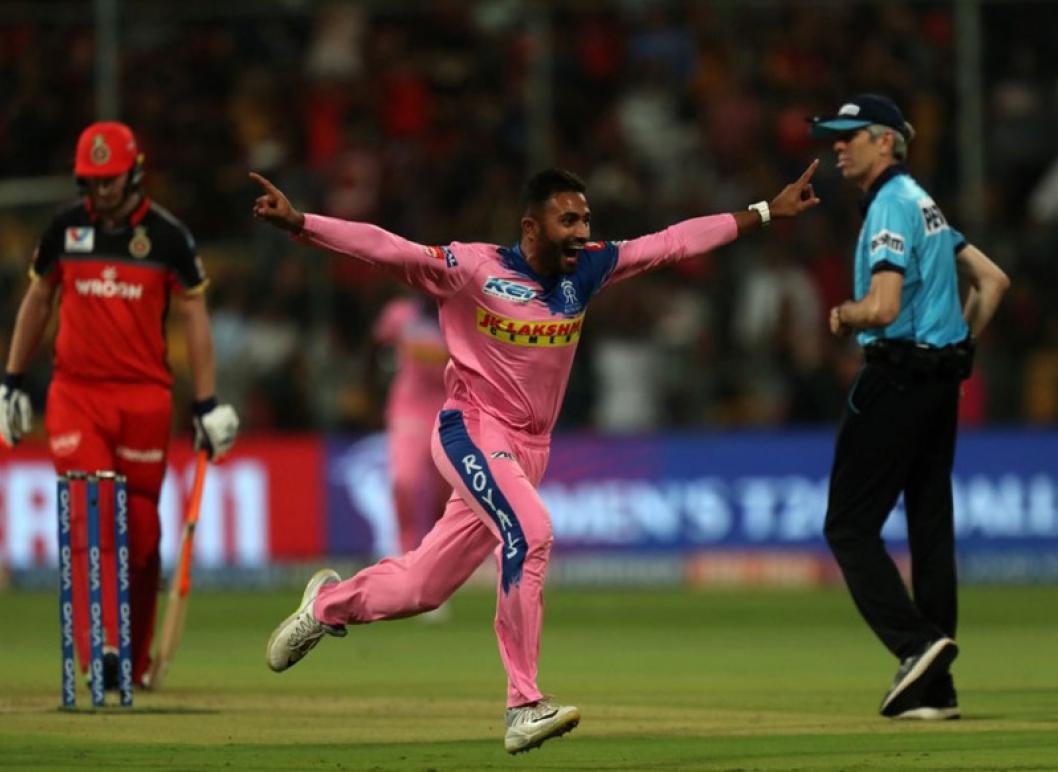 Shreyas Gopal should have already played a T20 match for India by now considering the way he has performed in the last two editions of the Indian Premier League. The leg-spinner has been highly impressive during this period having picked up 31 wickets in 25 matches for the Rajasthan Royals.

Moreover, he has left even big names like Rashid Khan and Imran Tahir behind as his bowling average and strike-rate of 18.81 and 15.59 respectively are the best among spinners who have bowled at least 200 deliveries in the last two editions of the IPL combined.

Table: Performance of spinners in IPL since 2018 (Minimum 200 balls bowled)

India’s regular spinners Yuzvendra Chahal and Kuldeep Yadav are not even in the top five in terms of bowling average and strike-rate in the last two editions. Chahal has an average of 24.97 and strike-rate of 19.87, whereas Kuldeep’s corresponding figures read 33.52 and 24.10. Kuldeep clearly has been far from his best in recent times.

However, Gopal’s performances have still gone unnoticed as the selectors haven’t considered him good enough to play in T20 internationals for India. Even though numbers can be deceptive, his performances, and the kind of batsmen, he has dismissed over the years sum up his class as a spinner.

Gopal has dismissed and troubled even World-class batsmen like Virat Kohli and AB de Villiers consistently in the last couple of years of the IPL. The 26-year-old’s deceptive googly has been the main cause of trouble for the two ace batsmen. Not only that, Gopal’s height helps him to extract steeper bounce off the surface as compared to most other wrist spinners. It can be said that he is very much in the Anil Kumble-mould in this respect.

In fact, what makes Gopal’s quality as a spinner more evident, is his place among bowlers with all T20s around the globe taken into account during this span of two years.

Since the beginning of 2018, Gopal has played in a total of 46 T20 matches (IPL and other domestic T20s combined) and has picked up 63 wickets which include ten 3-wicket hauls and two 5-wicket hauls. Moreover, his strike-rate of 13.49 is also the best among all bowlers (pacers and spinners combined) who have bowled in at least 40 innings during this period.

Gopal is once again the only Indian spinner featuring in the top five of this list once again. His economy rate of 6.98 also goes on to tell that he is not only a wicket-taker but can do the job of stopping the flow of runs pretty well too.

Kuldeep Yadav has the next best strike-rate (17.43) among Indian spinners in T20s during this period and he appears at a distant 25th position in this list. Piyush Chawla appears next with a strike-rate of 18.00 but he hasn’t played for India for a long time now. Chahal also appears striking at an interval of every 21.70 deliveries but he is even far behind at the 68th position. Moreover, both of Kuldeep and Chahal’s bowling averages read above 20 during this period, and when they are compared to Gopal’s corresponding figure of 15.70, the disparity in overall quality is clearly visible.

Another advantage of picking Gopal in the Indian side over Kuldeep and Chahal is his ability to contribute with the bat. None of Kuldeep or Chahal are known for their batting skills but Gopal is an accomplished batsman in first-class cricket. He has over 2500 first-class runs to his name at a healthy average of 34.28 and has four hundreds to his name as well. Thus he can always be trusted upon to contribute with some runs lower down the order as well. So it’s high time that India draft Gopal into their T20 squad. The T20 World Cup is only a few months away and he could be a great asset for India during the mega event in Australia.