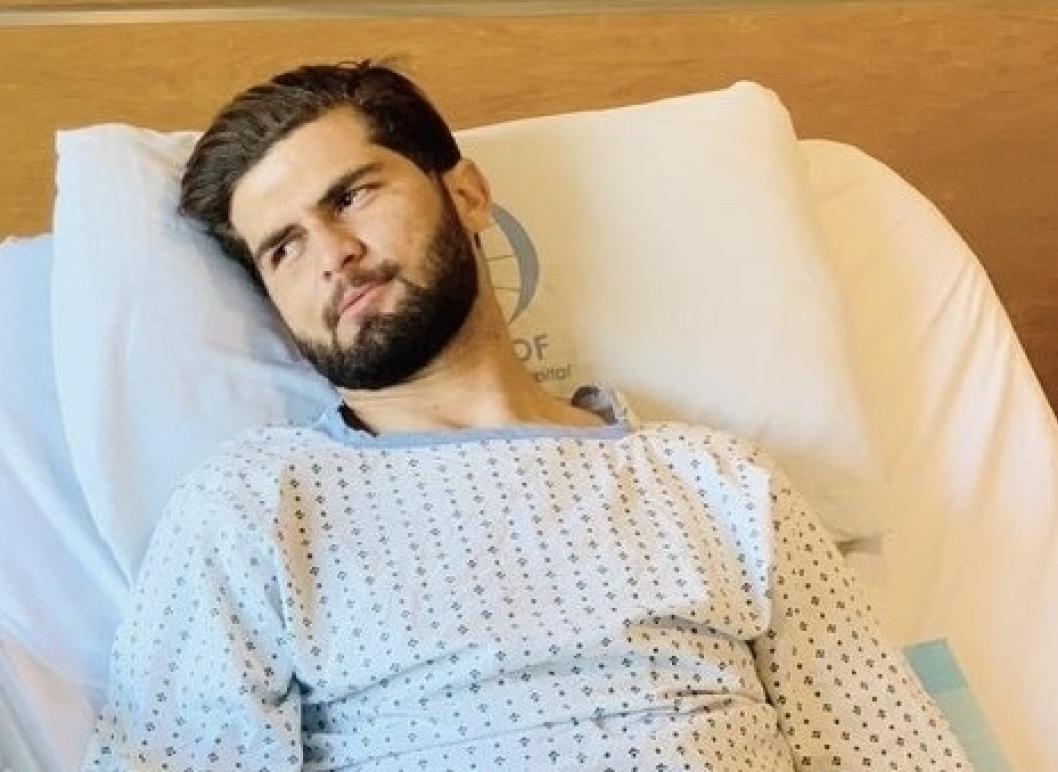 After having his appendix surgically removed, Pakistan's top pacer Shaheen Shah Afridi stated on Sunday that he is "feeling better" and encouraged his supporters to pray for him.

The 22-year-old pacer used social media to provide an update on the treatment.

"Today I had an appendectomy, but, thank God, I feel better. Keep me in mind while you pray, "Shaheen posted a photo of himself lying in a hospital bed.

Afridi had to limp off the field in the T20 World Cup final against England at the MCG due to knee pain, depriving Pakistan of a bowler at a vital moment in the game.

On the field, he had displayed signs of discomfort, particularly after taking a catch to oust Harry Brook. He appeared to have injured his knee as he slid low from long-off to hold on, felt some discomfort right away, and was taken off the field by the team physio and doctor.

A subsequent over saw the left-arm fast bowler return. He cautiously ran in to throw down one delivery but was unable to continue. In total, he only bowled 2.1 overs.

The Pakistan Cricket Board (PCB) had earlier reported on November 14 that Shaheen had been given a two-week rehabilitation recommendation.

The PCB had stated in a statement that the knee discomfort was probably caused by a forced knee flexion during landing. "The scan taken on Monday morning prior to the team's departure for Pakistan, has revealed there were no indicators of an injury," the PCB had added.

"After reviewing the scans with Australian knee expert Dr. Peter D'Alessandro and PCB Chief Medical Officer Dr. Najeebullah Soomro, it was comforting to learn that there was no damage. The left-arm fast bowler is happier and feeling better "It was fantastic.

The PCB had also stated that the medical staff will decide when the left-arm bowler can return to the cricket field.

"Shaheen will undergo a rehabilitation and conditioning programme that has been designed to strengthen his knee at the National High-Performance Centre a few days after his return to Pakistan. Shaheen's return to international cricket will be subject to the champion fast bowler's successful completion of the rehabilitation programme and following go-ahead by the medical staff," it said.

Pakistan's next international assignment is the three-match Test series against England on home soil, which starts on December 1.