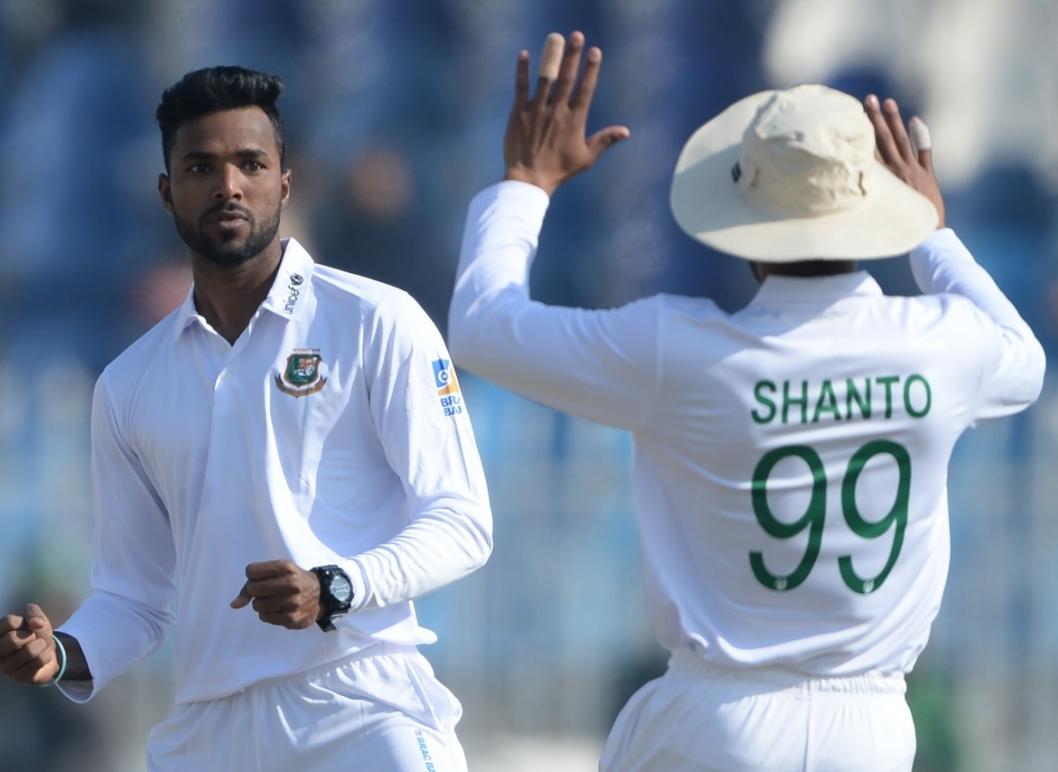 Bangladesh stunned New Zealand by eight wickets in the first Test of the two-match series at the Bay Oval in Mount Maunganui. They took New Zealand’s last five wickets for 15 runs on Day 5 to shoot them out for 169. Then they reached the target of 40 in 16.5 overs to end their 32-game drought in New Zealand across formats.

It was Bangladesh’s sixth overseas Test win. They had lost each of their 22 Test matches in SENA countries until now, including 15 by an innings. The Test eventually ended New Zealand’s 17-match unbeaten run cricket at home as well.

When New Zealand resumed Day 5 at 147/5, their slim hopes to salvage a draw was on Ross Taylor’s shoulders. In the end, they lasted a mere 56 minutes in the morning session before being knocked over in 73.4 overs. Taylor was the first to go, to Ebadot. Rachin Ravindra (16 in 49 balls) put up some resistance, but received little support from Kyle Jamieson, Tim Southee and Neil Wagner. Trent Boult (8) was the last to be dismissed, by Mehidy Hasan Miraz (1-43).

Despite losing Shadman Islam early, Bangladesh were in no hurry to script their historic win. Najmul Hossain Shanto (17) and Mominul Haque (13*) steadily took them near the target before Mushfiqur Rahim (5*) hit the winning boundary and leapt in joy.

With an unassailable 1-0 lead, Bangladesh will next meet New Zealand on 9 January, in the second and last Test match at the Hagley Oval in Christchurch.