Flawed but efficient: Australia make their own luck at T20 World Cup 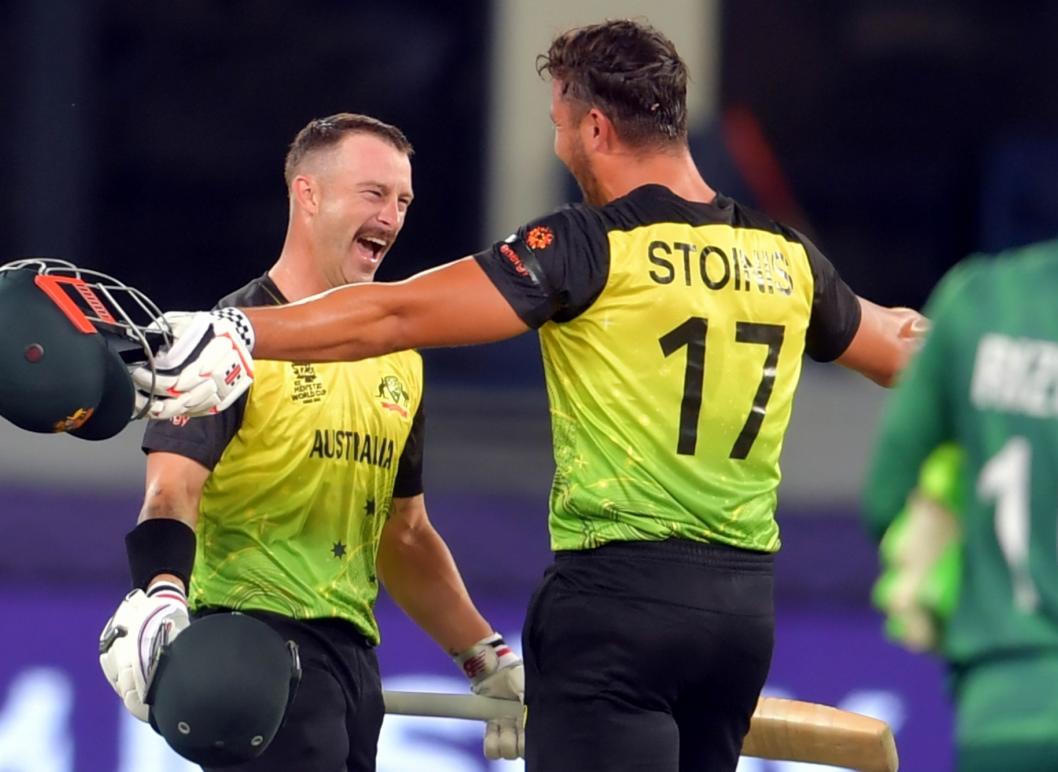 Australia were not supposed to be here. An presumably archaic set-up with an outdated T20 batting lineup and a bowling attack consisting of fast bowlers who play Test cricket, they were pooled in what was arguably the Group of Death.

And yet, they will be playing the final of the T20 World Cup 2021. Twenty-over cricket, combined with the knockout format, allows room for the odd result to go against expectations. And against Pakistan, Australia did just enough to seal the game.

Matthew Wade, the master provocateur of the night, came up with an excellent, if brief, display of clean, smart slogging to propel them across the finishing line. Wade slammed four sixes during his short stay, three of them off successive balls from Shaheen Shah Afridi. Of the three, the first and third were well-executed scoops against attempted yorkers.

As easy as scoops are on eyes, they are among the difficult shots to execute, and need hours of practice to perfect, particularly against bowlers operating at the upper limits of the speed. It demands a batter to put his body in the line of the ball, and make minor adjustments of hands, feet, body, and the blade to meet the ball at the perfect angle.

If everything clicks in unison, only then does the ball clear the fence. Wade got the execution right twice in the space of three deliveries, that too against serious pace

In the semi-final, moment he spotted the line and length, he executed the same difficult shot – twice – to finish the game with an over to spare.

Wade had played the scoop earlier. Against England in 2015, he scooped Mark Wood to send the ball soaring over wicketkeeper Jonny Bairstow for six. But only recently, once it became clear that he would be expected to bat mostly in the death overs, did he pledge to play it more.

Before Wade's heroics, Marcus Stoinis had kept the asking rate under control with well-placed shots. Shadab Khan had his fourth wicket of the night after Glenn Maxwell's reverse sweep found Haris Rauf. Stoinis responded with a clean strike over deep mid wicket off the next ball.

Wade and Stoinis score quickly against pace, and open the innings for their respective franchises in the Big Bash League. Here, both were batting at other extremes of their preferred positions. And yet they looked unperturbed, tearing apart Pakistan attack with surgical precision.

Before all that, however, the foundation had been laid by David Warner and Mitchell Marsh. This has been an eventful year for Warner. Heading into this tournament, his form – particularly in the IPL – was one of Australia's main concerns. Now, with one game remaining in the event, those concerns seem misplaced. His batting, particularly in the Powerplay, is among the reasons Australia will be fighting for their maiden T20 crown on Sunday.

At his best Warner is a one-man show, a feisty batter whose strokeplay exudes supreme confidence, whose running between the wickets is too fast. The early wicket of Aaron Finch had nearly stalled Australia's progression, but Warner broke the shackles with a flurry of boundaries off Imad Wasim. Marsh, too, hit a few boundaries to put the pressure back on the opponents.

Of the Australian bowlers, Adam Zampa bowled tightly. But their fast bowlers, even the usually impressive Josh Hazlewood, had an off night. That remains an area of concern, particularly in the death overs, where New Zealand have demonstrated their abilities more than once in this tournament.

Australia have probably not been the best side in this tournament, but they have been efficient, and have won all but one match so far. On Sunday they will be up against New Zealand in a quest for the elusive T20 World Cup.