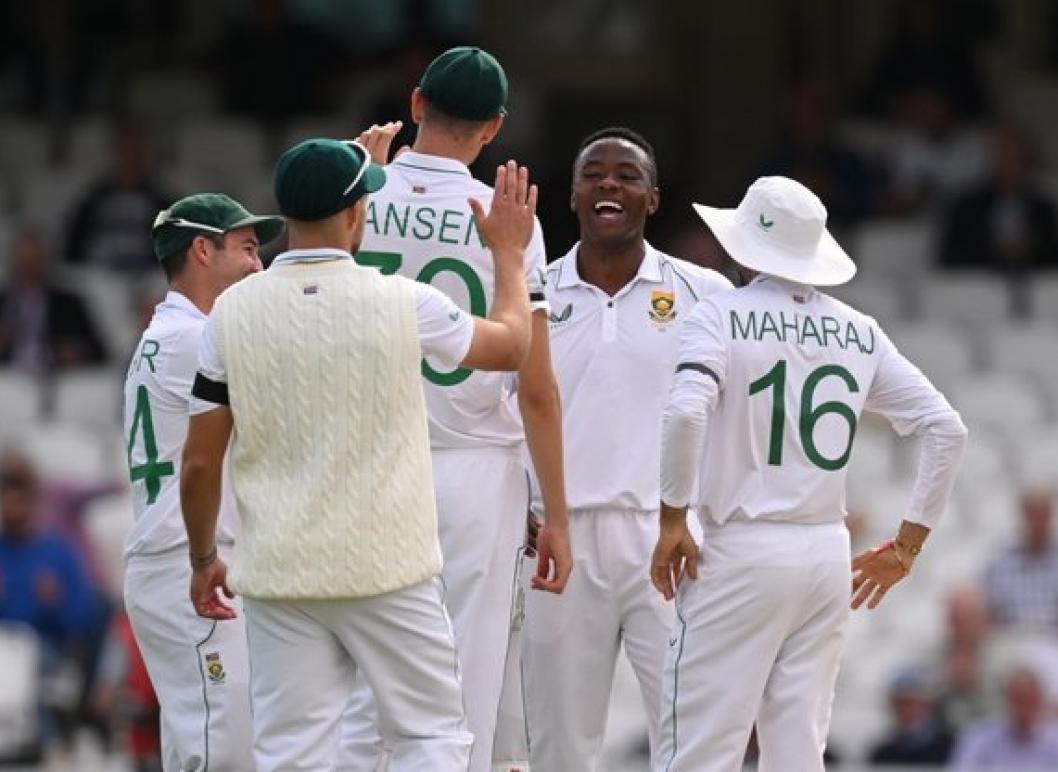 Young fast bowler Gerald Coetzee on Monday earned his maiden call-up to the South Africa Test setup through the 16-member squad announced for the three-match series against Australia, starting at The Gabba in Brisbane from December 17.

Apart from him, batter Theunis de Bruyn gets a recall for the first time after 2019 while Heinrich Klaasen is included as Ryan Rickelton is out due to an ankle injury. Rassie van der Dussen, who was out of Men's T20 World Cup due to a fractured finger, is back so as Temba Bavuma, who missed the entire tour of England due to an elbow injury.

"There is a welcome return for our vice-captain Temba after his injury and we are also happy to have Rassie back too following his finger injury in England. I am especially excited about our pace attack, which is no doubt growing in stature and strength.

"Overall, all the players selected undoubtedly have the ability to play at the highest level, and evidence of that is our standing on the ICC World Test Championship table. We are confident that if they play to their ability, we can challenge Australia in their conditions," said Victor Mpitsang, National Convenor of Selectors.

Left-arm spinner Keshav Maharaj is cleared for the tour as well, after sustaining a low-grade groin muscle injury in South Africa's shock 13-run loss to Netherlands in the T20 World Cup. CSA added that Maharaj is currently undergoing treatment and rehabilitation. But there is no space for Aiden Markram in the Test squad for the tour to Australia.

But top-order batter Keegan Petersen is missing the tour due to being unavailable for selection after sustaining a severe injury to his hamstring while playing for the Hollywoodbets Dolphins in the CSA T20 Challenge final in Potchefstroom earlier this month.

Coetzee, 22, was impressive for his domestic side ITEC Knights and has garnered 40 wickets at an average of 28.82 and a career-best figures of 4/47 in his 13 first-class matches so far. He joins a fiery Proteas bowling attack featuring Kagiso Rabada, Lungi Ngidi, Anrich Nortje, Glenton Stuurman and Marco Jansen.

De Bruyn, who played last of his 12 Tests in 2019, has enjoyed success with the Momentum Multiply Titans in the CSA 4-Day Domestic Series with a first-class average of 41.83, including a title-winning 143 in the final round of matches last term.

Klaasen replaces Rickelton as the latter, who played the last of his three Tests against England in September, has an ankle injury that forced him to be overlooked by the national selectors but allows him to still be picked by his domestic team, the DP World Lions.

"We are pleased with the group of players that have been assembled for this tour. I think the selectors now have a core group of Proteas that has been built and it is just about building on what we have. We would like to wish the players well for the tour and look forward to an exciting and competitive series," added Mpitsang.

South Africa find themselves placed second on the WTC table, behind table-toppers Australia following two series wins, one loss and one draw in the second cycle of the two-year event.

The squad will depart for Australia on December 1 and as part of their preparation, Dean Elgar's side, with Malibongwe Maketa as the interim head coach, will play an unofficial four-day match against Cricket Australia XI from December 9-12 at the Allan Border Field in Brisbane.

After the first Test at The Gabba from December 17-21, South Africa will square off against Australia in the second and third Tests at MCG, Melbourne and SCG, Sydney on December 26-30 and January 4-8 respectively.