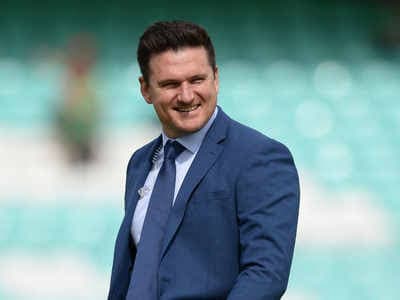 Former South Africa captain and current Cricket South Africa Director Graeme Smith on Thursday responded to allegations of bias against black players by expressing that he had challenges with several other players during his time in charge.

Smith has been under the scanner after the appointment of former Test wicketkeeper Mark Boucher as national team coach. Smith was also accused of isolating black players during his time as captain of the Proteas side.

Smith realised early in his captaincy that it would not be possible to please everyone in his team. Former wicket-keeper Thami Tsolekile made a scything attack on Smith during a radio interview on Tuesday, blaming him for keeping him out of the Test team after Boucher suffered a career-ending injury on a 2012 tour of England.

Although Tsolekile, who is banned for 12 years for his role in a match-fixing scandal in a domestic competition, was in the squad as a reserve wicket-keeper, AB de Villiers took duties when Boucher was injured and later Quinton de Kock came into the setup.

“In the case of the 2012 tour to England, which Thami has alluded to, there was a whole panel of selectors. Thami was in the squad as reserve keeper to AB de Villiers and this was communicated to him on both the England and Australian tours by Gary Kirsten, which has been previously acknowledged by Thami,” Smith posted in a statement on Twitter.

“Unfortunately, Thami was a wicketkeeper, which meant he was always only fighting for one position,” Smith said. “I can understand how frustrating that must have been, and there have been several other excellent wicket-keepers that South African cricket never saw on an international stage, because keepers tend to stay in a team for long periods of time. That is also an international trend, not unique to South Africa.”

Tsolekile responded by calling it a lie.

“It’s a lie. They picked Mark Boucher as a keeper and I was told I was the reserve keeper,” Tsolekile said on air. “I was playing for the South African A side (in England) When Mark Boucher got injured and the selectors called me. I was Mark Boucher’s deputy.”

“He (Smith) does not want to accept anything. It’s just excuses and denial. I am very disappointed,” Tsokelile said. “The least I would have expected is, ‘Thami, I am sorry and let’s move on’.”