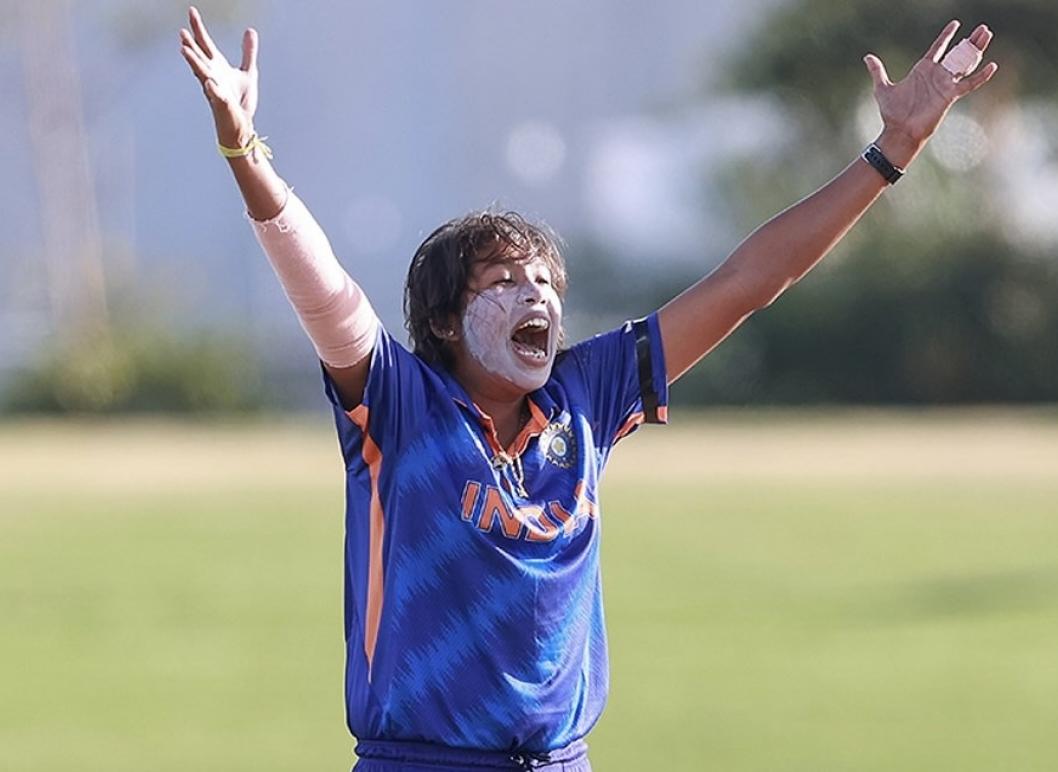 The third and final game of the ODI series between India and England will be veteran pacer Jhulan Goswami's farewell game in international cricket, according to India captain Harmanpreet Kaur.

Jhulan played in her first ODI match against England in Chennai in January 2002. She would leave the international stage as the most prolific wicket-taker in women's cricket, with a total of 352 across all formats, after a career spanning two decades.

"Yes, in my opinion. She will be missed by us. She bowled beautifully and gave a lot of herself to the game of cricket during her career. We hold the Lord's game in the highest regard. Because of the manner she has been bowling, our medium pacers are really learning from her "during the post-match awards ceremony, Harmanpreet.

Aside from playing in six women's ODI World Cups, where she leads all bowlers in wickets taken with 43, 252 of those 352 international wickets have come in ODIs, more than any other bowler in women's cricket.

"She is providing them with comments. It is a delight to have a senior like her. I'm overjoyed that we had the opportunity to play with her. Every cricketer dreams of playing at Lord's. We're thrilled that our final game will end there since it will be memorable for us since Jhulan is retiring. For us, it will be a perfect match "Harmanpreet tacked on.

Jhulan has also taken 44 and 56 wickets in 68 T20Is and 12 Tests, respectively. India will be hoping to give Jhulan a proper send-off when they take on England on Saturday at Lord's. India already won the three-match ODI series with an 88-run victory in the second match at Canterbury.