Howzat! Three Arshdeeps on the field in T20I match against West Indies 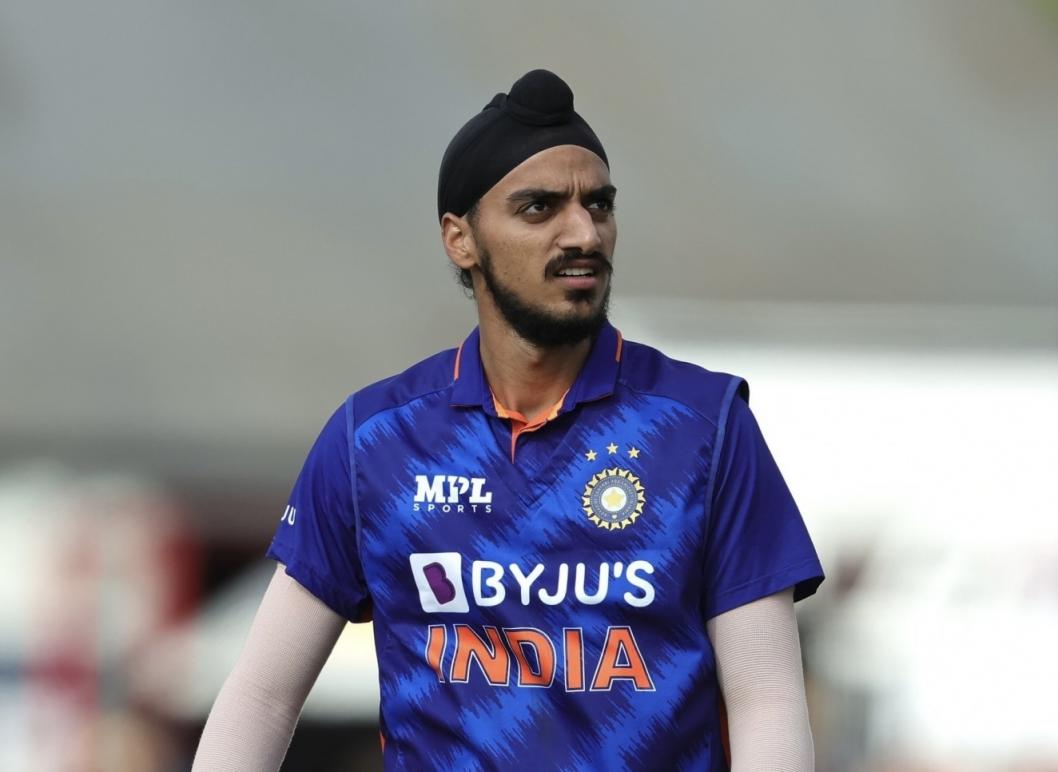 In the second T20 International match between India and the West Indies on Monday, more than one Arshdeep Singh represented his country!

According to reports, the lanky Indian fast bowler arrived in St. Kitts from Trinidad with a sizable number of his jerseys despite the fact that several of his teammates' bags being delayed.

Having to leave with a few of his shirts, Suryakumar Yadav strolled out to bat wearing the left-arm pacer's top. Later, pacer Avesh Singh also onto the field with Arshdeep's uniform.

The match had to start three hours later than scheduled due to suitcase delivery difficulties. The game, which was supposed to start at 8:00 p.m. (IST), instead started at 11:00 p.m.

"As a result, the second T20 Cup game is scheduled to begin tonight (Monday) at 11 p.m. India time. CWI apologises for any inconvenience our devoted fans, sponsors, broadcast partners, and other stakeholders may have experienced "stated CWI.

When "Arshdeep" stepped out to open the game with Rohit Sharma, Indian viewers were shocked. The supporters soon realised that the 24-year-old pacer's shirt was actually being worn by Suryakumar Yadav. Later, Avesh Khan was also spotted donning the spare left-arm quick jersey.

"Avesh khan wearing arshdeep jersey and take wicket by bowling yorker like arshdeep," another admirer commented. Everyone is sporting an Arshdeep shirt on the pitch today, another fan commented beside a picture of Spiderman and two impersonators.

Obed McCoy, a left-arm pace bowler for West Indies, bowled one of the most memorable bowling performances in T20I cricket history when he destroyed the opposition for 138. As a result, West Indies went on to win the game by five wickets and tie the series at one game each.

Before the host team maintained composure in the final over to tie the five-match series, the 25-year-old quick bowler from the West Indies posted the best-ever stats in the shortest format. McCoy finished with 6/17 after a masterful four-over spell that included both accurate cutters and pace variations.

After that, opener Brandon King led the way with 68 runs off just 52 deliveries to spur a victorious West Indies chase.