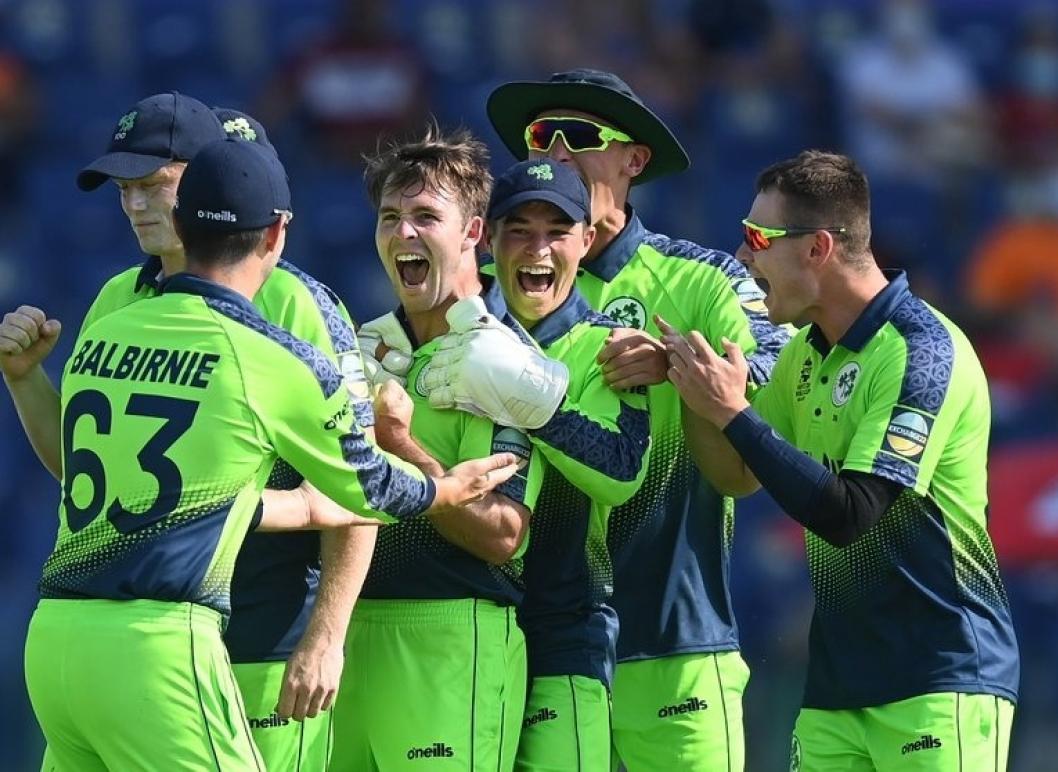 As is almost always the case in ICC tournaments, the Associate Nations donned the most exotic jerseys. And despite stiff contest from both Scotland and Namibia, there is little doubt that the Barramundis stood out in their bright sunset orange, complete with a full-fledged dragon!

Dud of the World Cup: The format

Thank goodness they are changing it.

Over of the World Cup: Curtis Campher vs Netherlands

Many contenders here, from Shaheen Shah Afridi to Mujeeb Ur Rahman to Ruben Trumpelmann to Adil Rashid and beyond, but four wickets in four balls is a feat too rare to overlook. In case you have forgotten, the ill-fated quartet was Colin Ackermann, Ryan ten Doeschate, Scott Edwards, and Roelof van der Merwe.

The final featured four Mitchells, two from either side, but that pales in comparison when pitted against a Namibian XI consisting of Jan Nicol Loftie-Eaton and Helao Nafidi ‘Pikky’ Ya France. Ruben Trumpelmann sounds almost boring.

Star of the World Cup: The coin

Of the 45 matches in the tournament, 30 (two-thirds) were won by the side winning the toss. If one considers only night matches, the counts read 18 out of 26 – a similar percentage. There was little that could be done about it this time, but the organisers may look for a tweak.

So, when Chris Greaves ran in to bowl, Scotland wicketkeeper Matt Cross chirped ‘whole of India’s behind you, Greavo!’ If only…

For over a decade, Yuvraj Singh remained the only cricketer to feature in the winning side of the final of all three Men’s World Cups – Under-19, T20, and 50-over. Last night, Josh Hazlewood became the second. Mitchell Marsh did feature in all three tournaments as well, but was not part of the XI in the 2015 World Cup final.