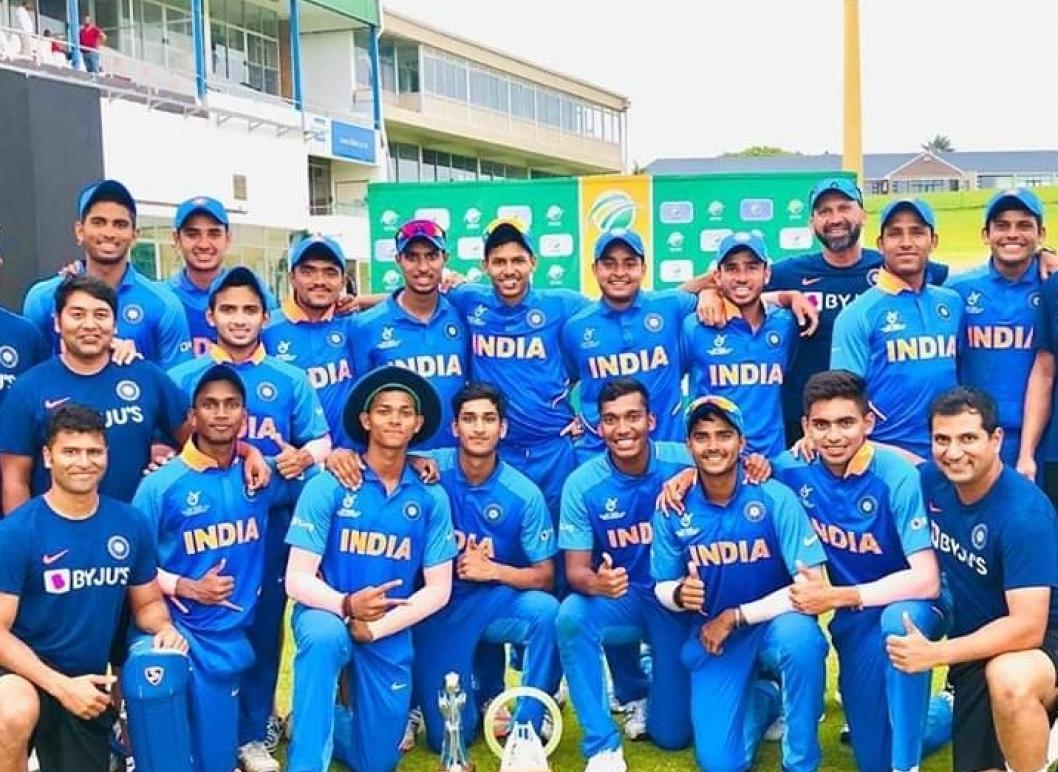 After a hard-fought series between the Seniors, the India versus South Africa now shifts to the colts, in a different format. India, the most successful team in the history of the Under-19 World Cup, will start the ICC Under-19 Cricket World Cup 2022 against South Africa at the Providence Stadium in Georgetown, Guyana on Saturday. The two teams are slotted in Group B along with Ireland and Uganda.

Following their successful campaign in the Asia Cup and back-to-back victories against West Indies and Australia in the warm-up matches, Yash Dhull and his boys have momentum in their favour. South Africa, on the other hand, have been in the Caribbean for a while now, and have played a bit of cricket in these conditions as part of their acclimatisation process.

In a CSA release, South African captain George van Heerden expressed his and the team's eagerness to get started and welcomed the frequency of the games: 'To be honest, I have never played games with so much rest time before in my life, so two to three days between games is quite a lot and the thing is for us, we are so keen to get out on the park now, having been here for such a long time with the tour against the West Indies before this. So, the minimal wait time is actually a good thing for us.

"We are extremely excited. Last night, a couple of us were chatting about all of the SA [South Africa] players that have gone before us, with the names like Aiden Markram, [Kagiso] Rabada and all of those guys that been in our seat before us, it has been absolutely amazing.

'It's such a great opportunity for all of us and just seeing the people that are walking around the hotel. This morning I saw Simon Doull, Samuel Badree, Curtly Ambrose; it's been eye-opening, but we are all just very excited about what's to come,' van Heerden concluded.

All eyes will be on South Africa's flamboyant No.3 Dewald Brevis, hailed as the next A.B. de Villiers. Brevis even hails from the school where de Villiers and Faf du Plessis attended.

India, however, have their own superstars too. Opener Harnoor Singh, Player of the Series in the Youth Asia Cup, is among them. The other exciting prospect in the line-up is Rajvardhan Hangargekar, a fast-bowling all-rounder from Maharashtra who has already made his list A debut.

However, this particular Indian team does not depend on one or two individuals. They have a well-settled line-up with depth in quality in all three departments and a lot of their players can chip in with both bat and ball. This is their biggest strength.

India have a great legacy in the tournament. Living up to that reputation is going to be a challenge in an unpredictable tournament like the Under-19 World Cup. However, skipper Dhull wants his team to enjoy this challenge: 'We have a plan and will approach things one game at a time. If we play in this manner, we will surely achieve our goal. Pressure toh game me rehna hi hai lekin agar pressure enjoy karke khelenge to aur maja aayega khelne me [there will always be pressure in a match, but if we can enjoy that pressure, we will have fun playing].'

Both the teams had practice sessions under hot and humid conditions at the Georgetown Cricket Club ground on Friday, January 14.

The two-paced wicket at the Providence Stadium is likely to suit the Indian attack, particularly their spinners. South Africa are a non-subcontinental side, ad their batters are likely to have had lesser exposure against quality slow bowlers. However, during Friday's tournament opener between West Indies and Australia, the pitch became better to bat on in the second half.

- Pick the Indian spin all-rounders in your XI. Someone like Bawa, a fast bowling all-rounder, can be a handy choice along with the likes of Harnoor, Rasheed and Brevis in the batting department.

- Aaradhya is going to be India's first-choice wicketkeeper. Considering recent form, he should find a place in your fantasy XI.