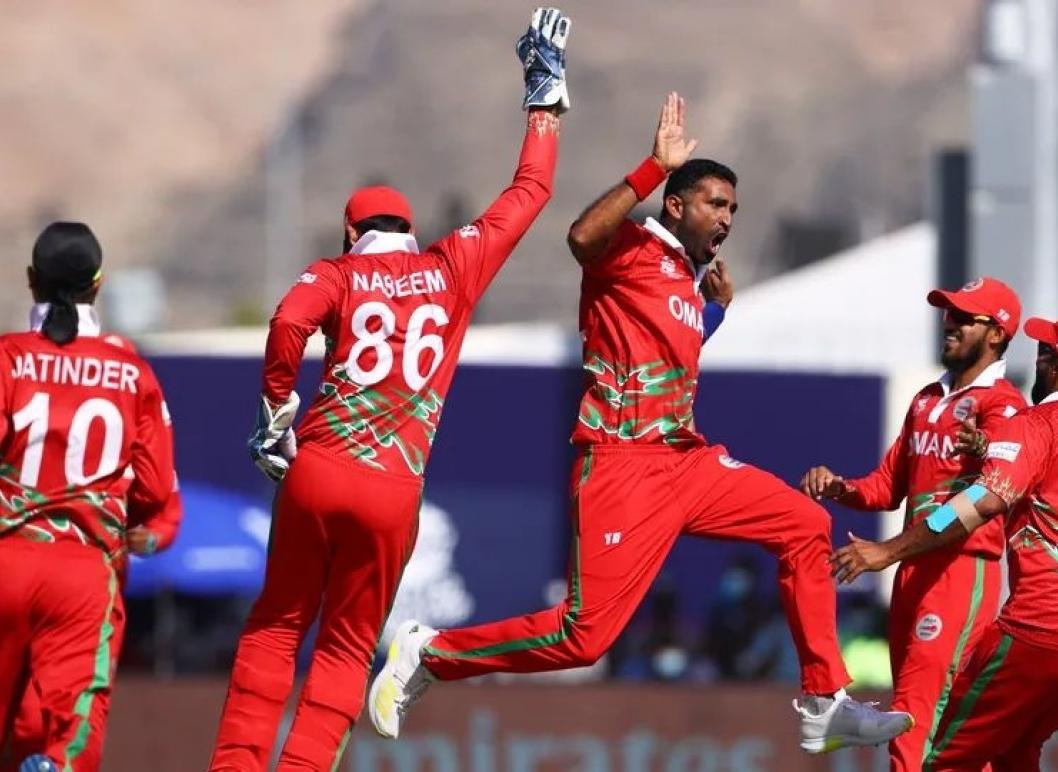 Oman started their campaign in the ICC T20 World Cup with a 10-wicket win against Papua New Guinea. An unbroken 131-run opening stand between Aqib Ilyas and Jatinder Singh helped them win with more than six overs remaining.

PNG lost both openers inside the first 10 balls of the tournaments. Tony Ura was beaten through the gate by Bilal Khan off the fifth ball, while Lega Siaka was undone by Kaleemullah in third ball of the second over.

At 0-2, things looked grim for PNG. Assad Vala and Charles Amini stitched a critical 81-run partnership for the third wicket to keep them in the game. Amini was unlucky to get run out on 37, while Vala holed out to Jatinder Singh for 56.

The rest of the batters couldn't do much, and PNG were restricted to 129/9. Other than Vala and Amini, only Sese Bau (13) reached two figures. Zeeshan Maqsood (4-20) was the pick of the bowlers, while Bilal and Kaleemullah claimed two wickets each.

Jatinder and Aqib started off the chase rather cautiously before being helped by Nosaina Pokana, who conceded three fours in the fifth over. Jatinder struck two more in the next over to finish the Powerplay on a high.

Jatinder reached his half-century with a six over long-on in the 12th over off a Free Hit. He struck seven fours and four sixes for his unbeaten 42-ball 73, and Ilyas remained unbeaten on 50. They chased down the target in 13.4 overs.