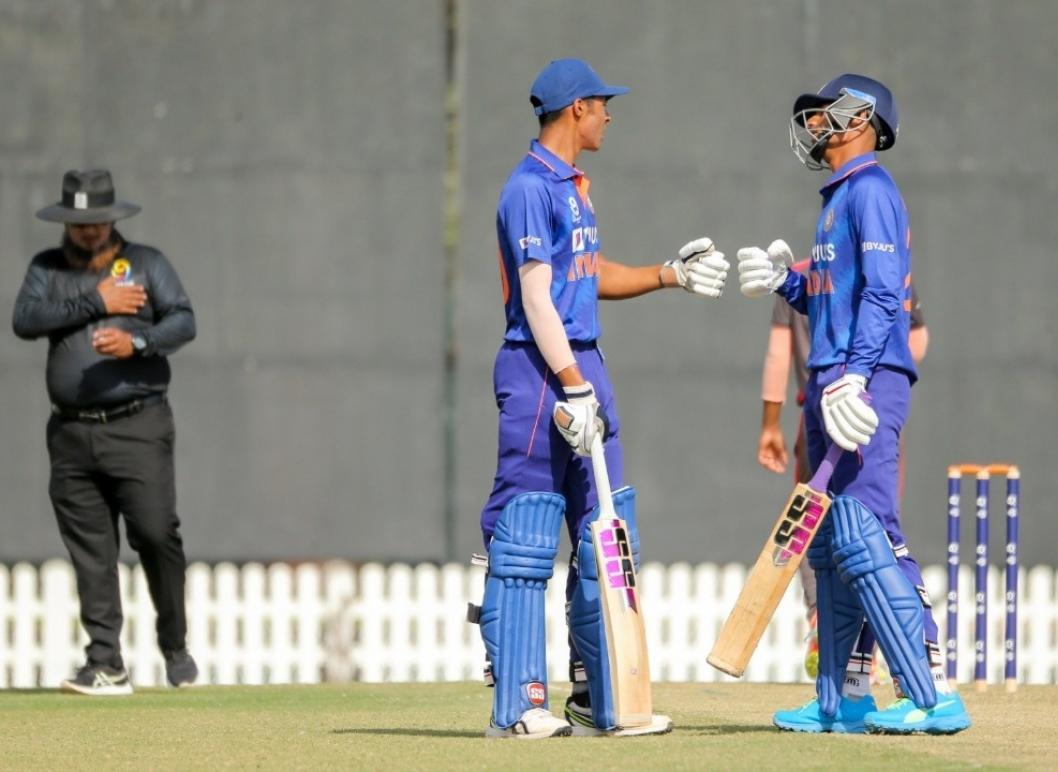 A Covid-hit depleted Indian team will take on Uganda in their final league game of the ICC Under-19 Cricket World Cup at the Brain Lara stadium in Trinidad on Saturday.

Having already won both matches in the competition, India have already confirmed a spot in the knockouts. However, a win against Uganda will give them the B1 spot at the quarter-finals. They will then play on January 29 in Antigua, probably against defending champions Bangladesh.

The Coronavirus outbreak inside the Indian camp bio-bubble has already infected five cricketers. With just 12 available options to choose the XI from, the think-tank has little choice. They were also concerned enough to cancel their scheduled pre-match training session on Friday in order to minimise the exposure of the players with the outside world.

The five cricketers, including captain Yash Dhull and vice-captain Shaik Rasheed, are still in isolation. There has been no change in their status till this article is being written. However, Vasu Vats, who earlier had symptoms of infection, has tested negative and will most probably be available for selection.

In the absence of Dhull and Rasheed, all-rounder Nishant Sindhu will once again lead the Indian team.

Uganda are yet to win a game in the tournament. They lost to South Africa by 121 runs at Port of Spain on Tuesday after losing to Ireland by 39 runs in Georgetown. Their captain Pascal Murungi has shown some spark with both bat and ball, while pacer Juma Miyaji and off-spinner Joseph Baguma have done a decent job with ball.

For the inexperienced Uganda cricketers, featuring in a televised game against India will be an opportunity to savour.

- Do not pick too many Indian middle-order batters. They may not get to bat. Instead, go for the bowlers.

- From Uganda, pick the lies of Murungi, Miyaji and Ategeka.

- Expect the Indian spinners to take a few wickets in the game.