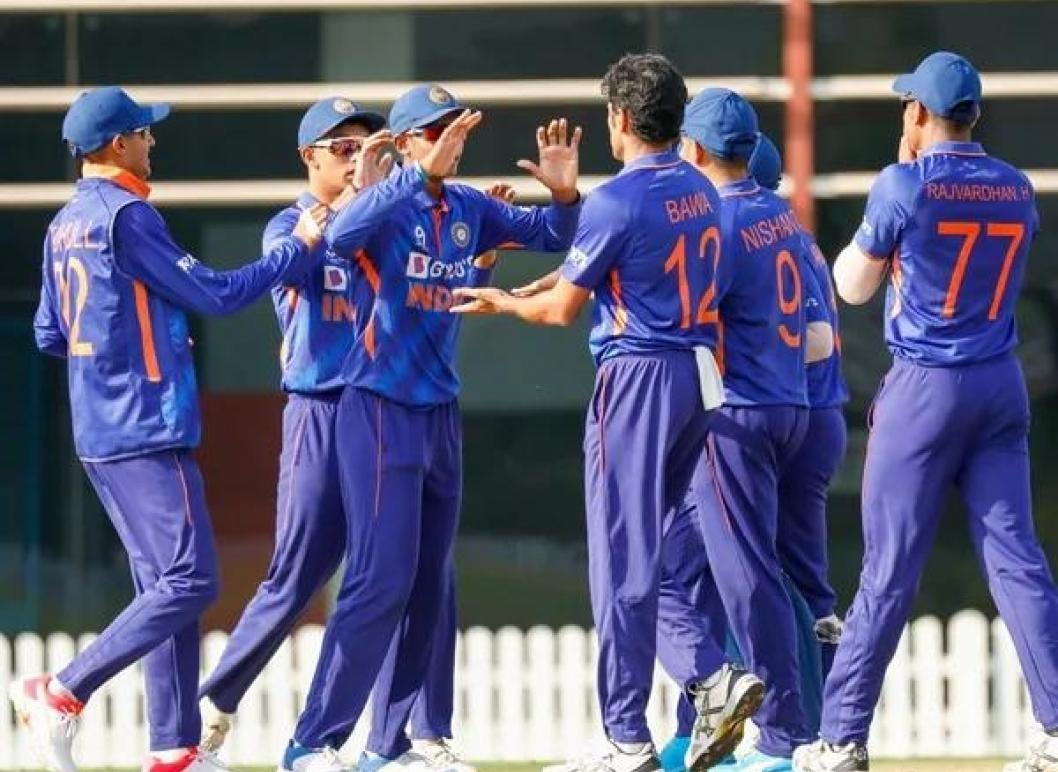 High on confidence following a 45-run triumph over South Africa, the India will take on Ireland in their next Under-19 World Cup encounter on Wednesday, January 19, at the beautiful Brian Lara Cricket Academy Ground on the outskirts of San Fernando city in Trinidad.

With matches against Ireland and Uganda left at the group stage, India's qualification for the knockouts seems a mere formality. However, the team management wants to make the most out of these matches before heading to Antigua for the knockouts.

And of course, the primary focus will be on the batters.

Barring captain Yash Dhull, the batters failed to come up with significant contributions against South Africa, Hence, head coach Hrishikesh Kanitkar was seen putting extra emphasis on the likes of Angkrish Raghuvanshi, Harnoor Singh and Shaik Rasheed's batting during their pre-match training session, which was curtailed by rain, on Tuesday.

Bowling coach Sairaj Bahutule, too, had his task cut out. He was spotted working extensively with Raj Bawa on his medium pace bowling. Although Bawa took four wickets against South Africa, the batters had initially gone after him to put him under pressure. Bawa got an extended spell on Tuesday. In fact, he was the only pacer to bowl in the Indian nets. The rest of the bowling responsibilities were taken care by the spinners.

Against Ireland, India are unlikely to make any changes in the squad unless it is a forced one.

Though they beat Uganda by 39 runs, Ireland will have to play out of their skins against a quality side like India. In the batting department, the focus will be on wicketkeeper Joshua Cox, who scored a hundred in Georgetown.

Their bowlers, meanwhile, may find assistance. It is expected to be a wet morning at San Fernando on Wednesday. According to the predictions, there may be a few spells of drizzle in the morning, and the ball is expected to do a bit for the seamers. And Ireland do have the likes of Matthew Humphreys and Muzamil Sherzad, who can take advantage of those conditions.

- Pick more top-order batters for India. The lower-order may not get enough time in the middle.

- Try and accommodate at least three out of the four main Indian bowlers – Hangargekar, Ravi Kumar, Ostwal and  Tambe – in your fantasy XI.

- Cox of Ireland is an ideal option for wicketkeeper's role in your XI.