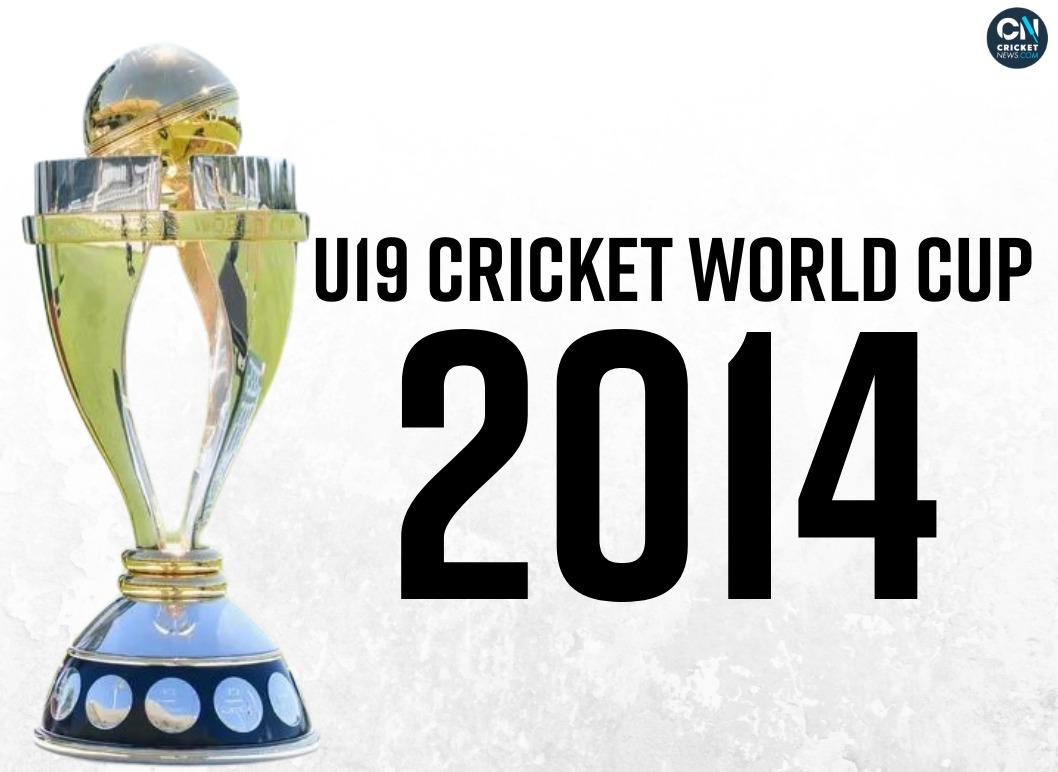 The ICC Under-19 World Cup 2014 was hosted by the United Arab Emirates. The 10th edition of the tournament had, as before, 16 participants. The 10 Full Members were joined by Afghanistan, Canada, Namibia, Papua New Guinea, and Scotland.

Defending champions India beat Pakistan by 40 runs in the first match of Group A, thanks to Deepak Hooda's 5-41. In the second match, Kuldeep Yadav became the first Indian to do the hat-trick in the Under-19 World Cup. He and fellow spinner Amir Gani finished with identical figures of 4-28 as India won by 5 wickets. They eventually topped the group after beating Papua New Guinea by 245 runs. Pakistan joined them as the second team.

In Group B, Australia, Afghanistan, and Bangladesh finished with four points each. After a 10-wicket defeat against Bangladesh, Afghanistan shocked Australia with a 36-run win, thanks to Mohammad Mujtaba’s 75 and Abdullah Adil’s 4-45. Australia and Afghanistan qualified on net run rate.

South Africa won all three matches and West Indies two to qualify from Group C. Aiden Markram and Yaseen Valli scored a hundred each for South Africa, while Tagenarine Chanderpaul, son of Shivnarine, top-scored twice for West Indies. Sri Lanka and England qualified from Group D, as New Zealand missed out on a quarter-final spot.

In the Plate Championship, Bangladesh beat New Zealand to finally finish ninth. Shadman Islam’s 97 and Liton Das’ 79 helped Bangladesh set a target of 224 for New Zealand. Despite a recovery by Brett Randell (51*), New Zealand could manage only 146/9. Zimbabwe, UAE, Scotland, Namibia, Canada, and PNG occupied the last six spots, in that order.

Hooda (68), Sarfaraz Khan (52*), and Vijay Zol (48) all impressed in the quarter-final against England, as did Kuldeep, with three wickets. However, it was not enough. Nicholas Pooran slammed 143 in the second quarter-final, against Australia, but none of his teammates made it past 20. Australia won by five wickets.

In the first semi-final, England set a target of 205 for Pakistan. Neither English opener managed a run, but Ryan Higgins (52) and Ben Duckett (22) before Will Rhodes (76*) took them past 200. Saud Shakeel (45) saw Pakistan home in the final over. South Africa got only 230/9 in the other semi-final, but that was enough, as Kagiso Rabada (6-25) demolished Australia single-handedly.

Pakistan chose to bat in the final. This time Corbin Bosch (4-15) emerged as the star, helping bowl out Pakistan for a mere 131. The chase was not smooth. South Africa lost an opener cheaply, but Markram remained unbeaten on 66 to see them through.