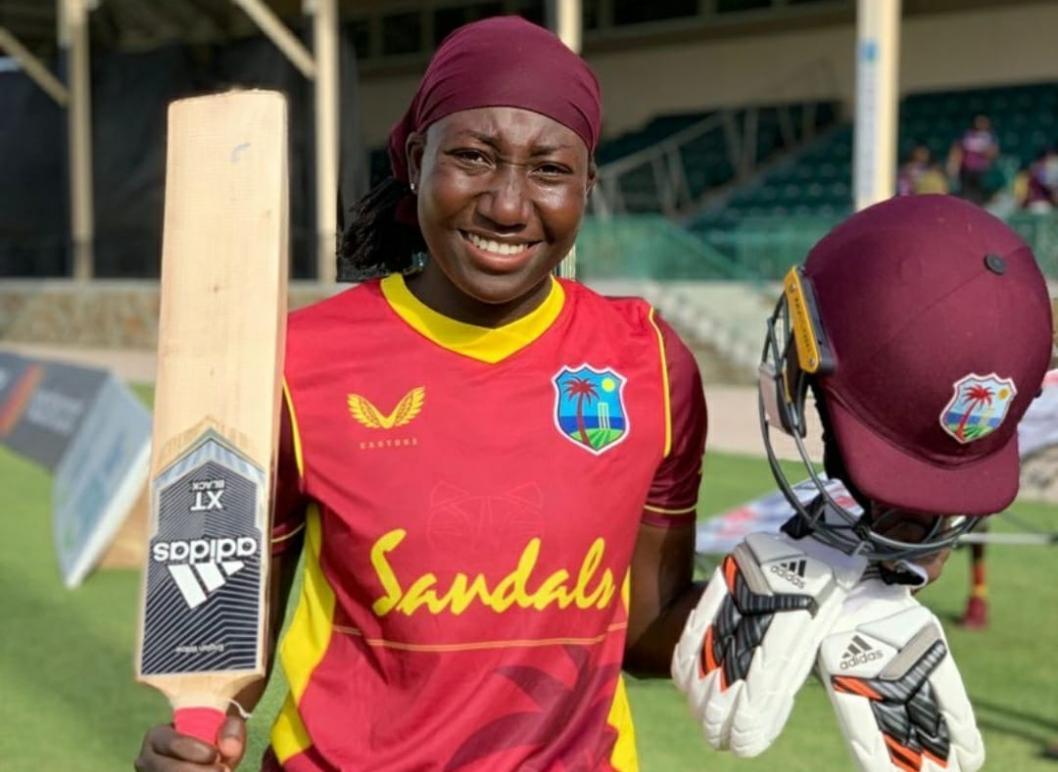 Zimbabwe vs the United States of America

The Zimbabwe bowlers put up a great show to bowl out the USA for 131. However, their batters struggled, and in the end they scraped through after losing nine wickets, in 33.3 overs.

After a 57-run opening stand between Modester Mupachikwa and Sharne Mayers, they lost a flurry of wickets to be reduced to 115/9. But Francisca Chipare scored 16 in 15 balls to take her side across the line. Moksha Chaudhary claimed four wickets for the USA.

Earlier, the USA were let down by their batters again. Sindhu Sriharsha's 22 was the highest score of the innings.

Thailand got off a great start, thanks to a 97-run opening stand between Tippoch and Nattakan Chantam. When the rain arrived, Thailand were ahead by 16 runs via DLS method.

Ireland vs the Netherlands

The Netherlands suffered a 29-run defeat to Ireland. Chasing 200, they were bowled out for 170. Robin Rijke scored 56 and Sterre Kalis 47, but the rest could not do much. Orla Prendergast claimed 4-24. Earlier, Ireland were lifted by a 75-from Laura Delany to reach 199.