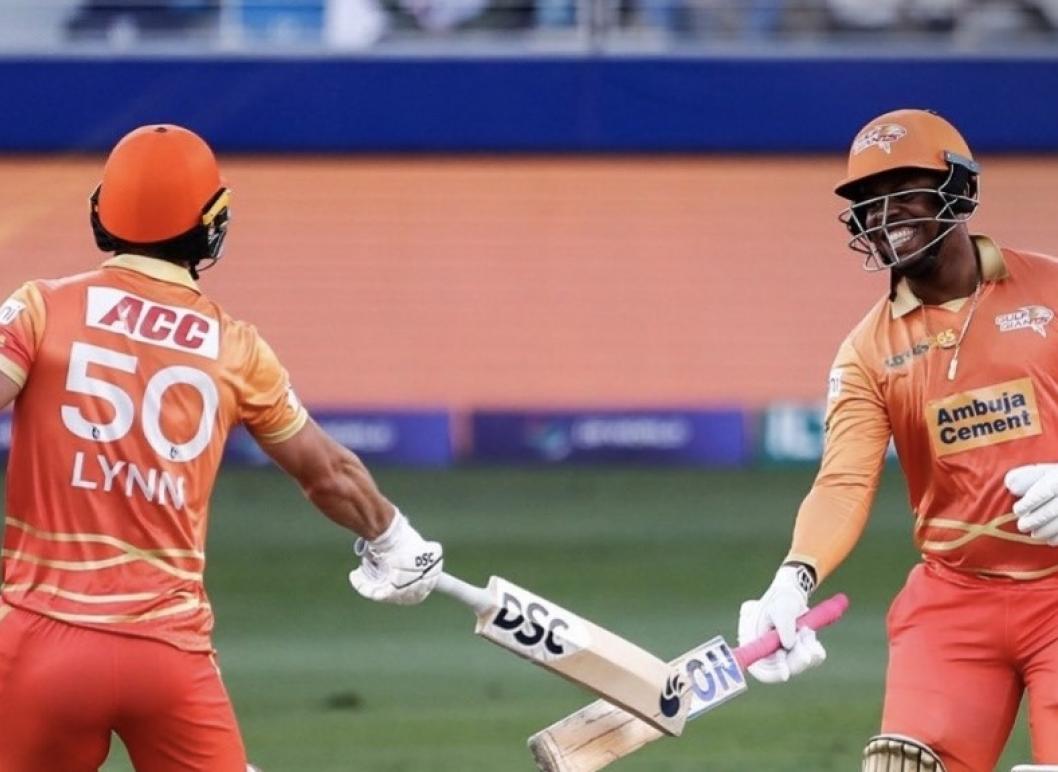 Gulf Giants extended their winning streak in the DP World International League (IL) T20 at the Dubai International Stadium on Sunday, thanks to aggressive knocks from Chris Lynn and Shimron Hetmyer.

The Gulf Giants had won the coin toss and decided to bowl. Desert Vipers openers Rohan Mustafa and Alex Hales batted steadily, with Mustafa scoring two boundaries off Liam Dawson's second over. After hitting Richard Gleeson for two boundaries in the third over, Hales followed with a boundary and a six to long-off. Hales was in full flow in the fourth over, hitting Chris Jordan for three boundaries and a six to take 19 runs off the over. In just five overs, the duo scored 54 runs.

Mustafa hit Lawson for a six to long-on and reverse swept him for another boundary before being stumped by wicketkeeper Tom Banton on the fourth ball of that over for 23. In 26 balls, Hales reached his half-century. It was his fourth consecutive ILT20 score of over fifty runs. Colin Munro, who joined Hales, hit sixes off Dawson and Rehan Ahmed. At the halfway point, Desert Vipers had a 104 for 1 record.

Munro and Hales hit a few big shots before the Vipers captain hit one straight to Sanchit Sharma for 39, ending his 67-run partnership with Hales. Hales continued to hit sixes off Ahmed to mid-wicket and long-on, pushing the total to 150 in 15 overs. Sherfane Rutherford also contributed to the six-hitting act, smashing one off David Wiese to deep midwicket.

Jordan dismissed Hales while on 99, who was caught at deep cover by Hetmyer. The Desert Vipers lost their way, scoring only 38 runs in the final five overs. Wiese only gave up four runs in the 18th over, and Gleeson only gave up a boundary in the penultimate over. Rutherford hit Jordan's final ball of the innings for a six-over long-on and finished unbeaten on 27 for a total of 195 for 4 in 20 overs.

In a thrilling chase, Gulf Giants secured a victory over Desert Vipers with just three balls to spare. The team got off to a rocky start when they lost their captain and top run-scorer, James Vince, early on in the chase. However, opener Tom Banton and Lynn rallied, hitting several boundaries and a six. Despite losing a few quick wickets, Lynn and Shimron Hetmyer kept the runs coming, with both scoring half-centuries in quick time. Hetmyer particularly stood out, hitting three consecutive sixes off of one bowler.

However, just as it seemed that Gulf Giants were on the verge of victory, they lost Hetmyer and Lynn in quick succession. But David Wiese and Liam Dawson stepped up to the challenge and guided their team to the target.

After the match, Hetmyer praised his team for their performance and for sticking to their game plan. He said that they need to remember what they did well and continue to do so in the future. Desert Vipers' head coach James Foster acknowledged that Gulf Giants put pressure on them with the bat and that his team was on the wrong side of the result.