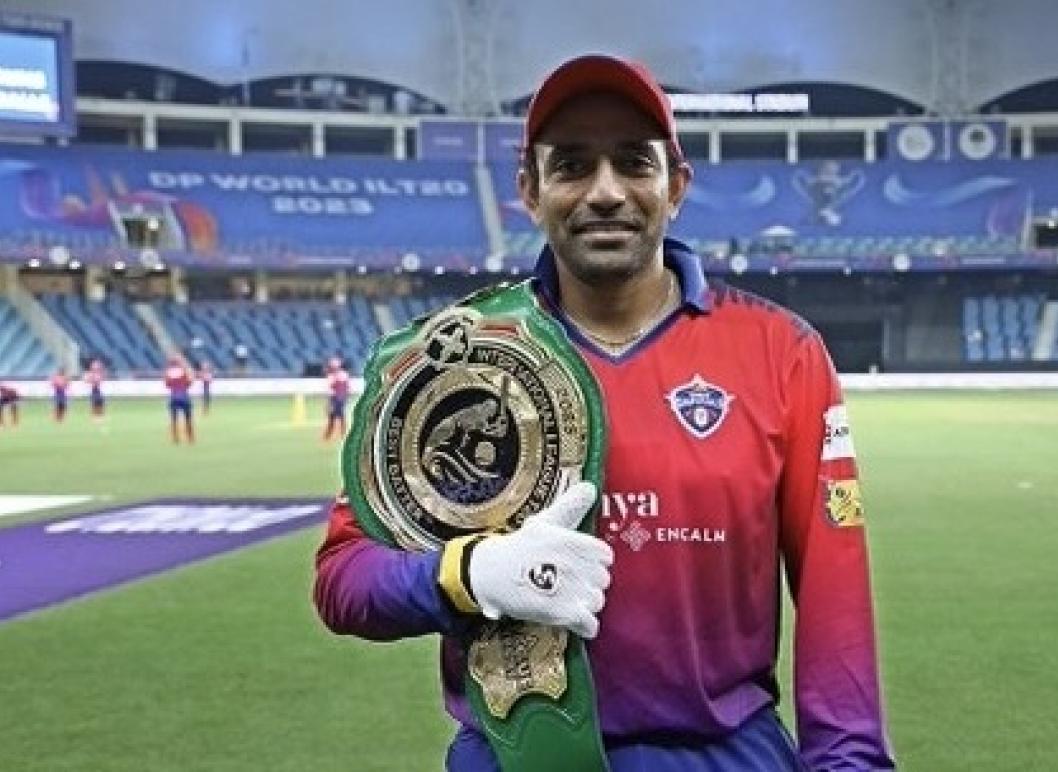 Former India cricketer Robin Uthappa became the first player to be awarded the Green Belt at the DP World ILT20 after scoring 79 runs off 46 balls against Gulf Giants on Monday at the Dubai International Stadium.

With 122 runs in the competition so far, Uthappa currently leads the top run-chart. scorer's

The coveted Black Belt will be presented to the owner of the victorious team after the winning team has lifted the magnificent DP World ILT20 tournament trophy as part of the final presentations. During the presentations, the league's most valuable player will be recognised and awarded the stunning Red Belt, recognising his crowd-pleasing, consistent efforts.

Meanwhile, the 24 UAE players who were hand-picked to compete in the league will compete for the Blue Belt, which will be awarded to the best UAE player at the end of the season.

Mubashshir Usmani, General Secretary of the Emirates Cricket Board, said of the unique set of player awards, " "We wanted to try something new with the player awards, and we are excited to introduce the various Belts, which will add a different flavour to the tournament. We anticipate that the Belts will be a big hit among the players, something they will strive for, and something that fans around the world will recognise as a symbol of greatness."