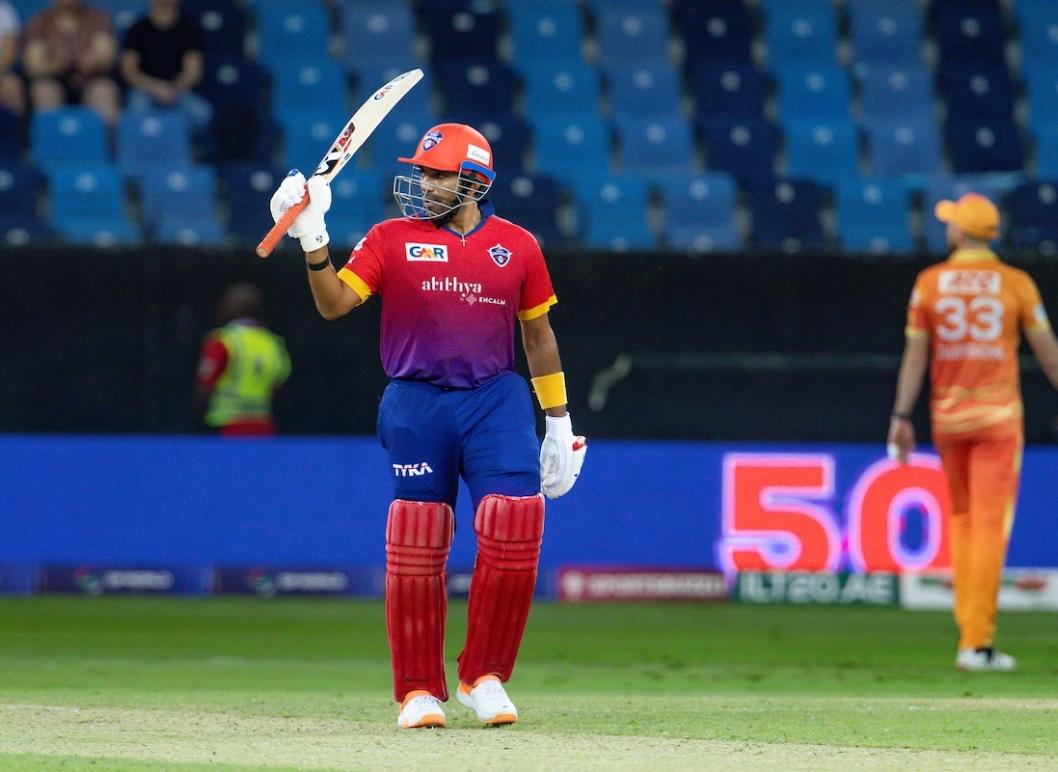 During the ongoing ILT20 tournament, Dubai Capitals opener Robin Uthappa urged cricket fans and fans in the UAE to cheer for the team across three venues: Dubai, Abu Dhabi, and Sharjah.

The Dubai Capitals fought hard against the Gulf Giants at the Dubai International Cricket Stadium on Monday, but fell by six wickets in the ILT20. The Capitals, on the other hand, have a great opportunity to put things right when they face the Giants in their next competition match on Thursday at the Sharjah Cricket Stadium.

"We just played them, and they defeated us. On both ends, information is exchanged. However, we will concentrate on our own strengths and leave the opposition out of the equation. However, we will keep the information about how the Gulf Giants play on hand and use it as needed "Uthappa stated that he was ahead of the game.

"This tournament will provide high-quality cricket to anyone who enjoys watching it. As a result, I would like to encourage fans to visit the stadium after work, and students to persuade their parents to bring them to the games "He went on to say.

The opening batter, who hit 79 runs off 46 balls in the Capitals' last game against the Giants, spoke about his outstanding performance.

"It was great to get the team off to a good start. The pitch was much better than the one we played on in our first game in Dubai. That day, everything seemed to be going well "He stated.

Uthappa is looking forward to batting at Sharjah Cricket Stadium because he believes it has a good batting track.

"Sharjah has had a great batting track historically. The ground is small too. But after the wicket was relayed a couple of years ago, we have seen a massive difference in the way the wicket produces runs," the opener said.

"When I watched the highlights of last night's match between Sharjah Warriors and MI Emirates, the wicket looked skiddy to me and the ball was coming onto the bat. It feels like you can score runs on the wicket, but you've to figure out the kind of shots you need to play on the wicket," he added.