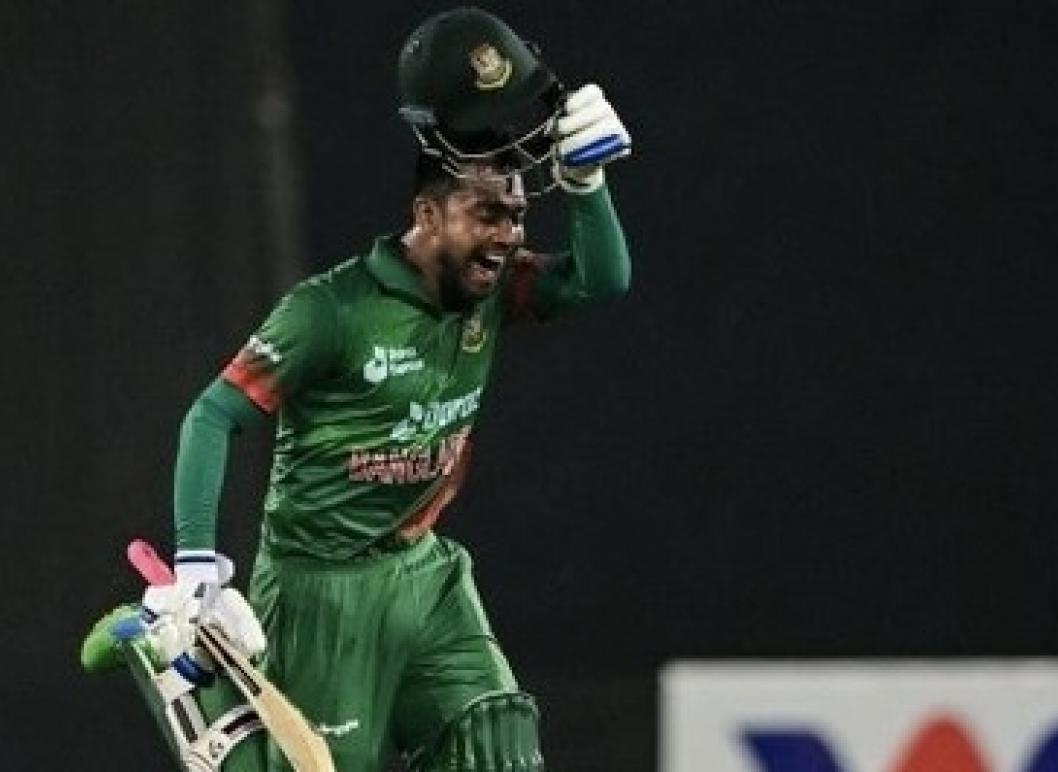 At the Sher-e-Bangla National Cricket Stadium (SBNCS) in Mirpur, Dhaka, on Sunday, Mehidy Hasan Miraz and Mustafizur Rahman displayed incredible composure to put together an unbroken last-wicket stand of 51 off 41 balls that stunned India and helped Bangladesh win by one wicket in their ODI series opener.

Bangladesh appeared to be on track to chase 187 in a match that ebbed and flowed constantly after Shakib Al Hasan's four-fer and Ebadot Hossain's four-fer dismissed India for a pitiful 186 in 41.2 overs. However, the Indian bowlers, led by Washington Sundar and Mohammed Siraj, inflicted a collapse on Bangladesh, which went from 95/3 to 136/9 in 39.3 overs.

The outcome seemed inevitable because the hosts were out of options. Mehidy, though, had other plans and in the 41st over, he sliced short balls from rookie Kuldeep Sen over the third man for a pair of sixes. He was fortunate in the following over because Sundar did not attempt a catch at third man on the very next ball and K.L. Rahul dropped his catch at 15 off of Thakur.

The addition of Deepak Chahar in the 44th over did not help India's situation as Mehidy scooped through the wicketkeeper and flayed over point to strike back-to-back boundaries. A misfield by Sundar at the deep end allowed Mehidy to score a boundary, and India's final two deliveries saw them give up an extra run to make it a brace.

In the 45th over, Mustafizur, who had missed the mark with a punch through off-side, glanced Shardul Thakur through fine leg for four, bringing the winning equation down to 10. Mehidy put Bangladesh within reach of a victory in the 46th over by slicing a short ball from Chahar past third man.

Mehidy, who was undefeated at 38 and Mustafizur, who was 10 not out, completed the chase with a punch past cover on the last ball of the over to give Bangladesh an epic come-from-behind victory as India folded under pressure in the final six overs.

Najmul Hossain Shanto, who was caught at first slip from Chahar earlier, was gone for Bangladesh. Siraj was rewarded for his perseverance in the final over of the first Power-play when Anamul Haque flicked to mid-wicket. India increased the pressure on Shakib and captain Litton Das, but they still required a little bit of luck to score some victories.

In the fourteenth over, Litton eventually made a run, capitalising on short balls from Kuldeep to hit a four and a six, respectively. In the 20th over, Das attempted a flick off Sundar after slog-sweeping a flighted delivery from Shahbaz Ahmed for a boundary, but Rahul successfully took a fine catch down leg.

Before taking on Shahbaz and lofting him over cover and sweeping through mid-wicket to grab back-to-back boundaries, Shakib and Mushfiqur Rahim relied on strike rotation. A 48-run stand was broken when he mistimed a drive off a flighted delivery from Sundar in the 24th over and was caught by Kohli flying to his right at cover.

For the fifth wicket, Rahim and Mahmudullah put up a 33-run partnership off 69 balls by switching off the strike. In contrast, Siraj got one to seam in and had Rahim hack onto his stumps and uproot off-pole, while Shardul Thakur consistently got his reward when he trapped Mahmudullah in a lbw position.

Sen came back in the 39th over and successfully caught Afif Hossain by juggling third man for his first ever international wicket. When Ebadot attempted to clip through the leg-side on the fifth ball of the over and disturbed his off-stump, he was out hit-wicket, giving him another wicket.

When Siraj trapped Hasan Mahmud lbw, an Indian win looked imminent. But Mehidy and Mustafizur hung around to script a famous win for Bangladesh from the jaws of defeat.