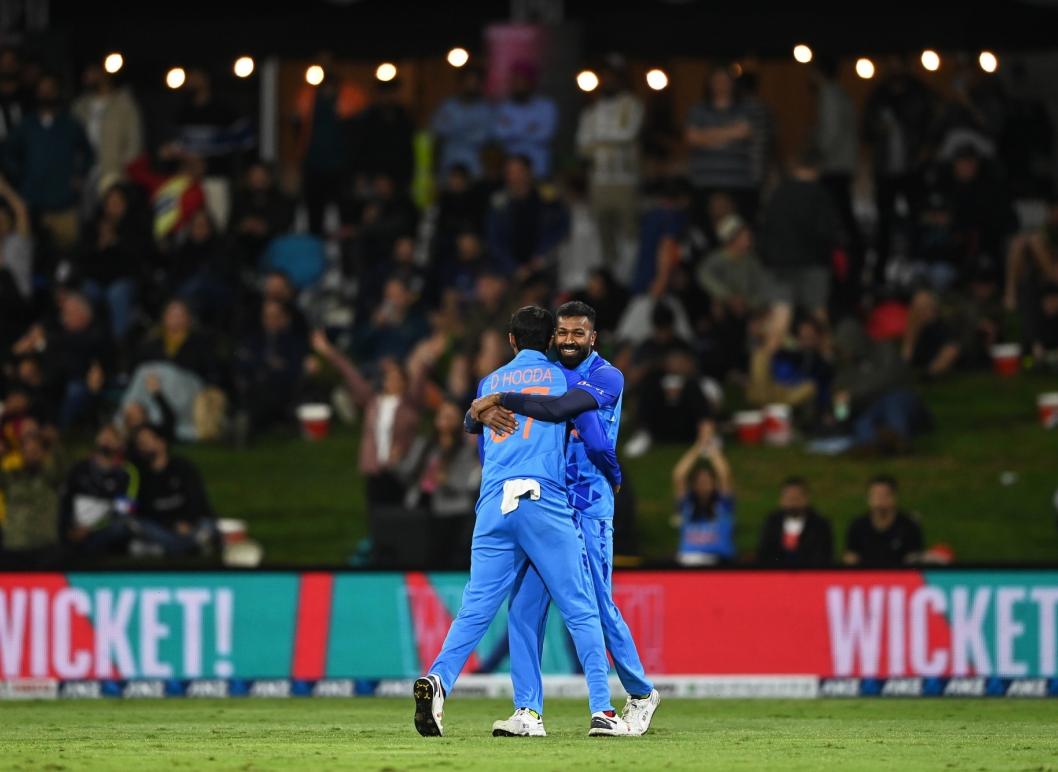 At Bay Oval in Mount Maunganui on Sunday, India defeated New Zealand by 65 runs to win the second T20I. All-rounder Deepak Hooda grabbed four wickets, including three in the penultimate over, while Yuzvendra Chahal and Mohammed Siraj shone with two each.

New Zealand never really got going with the chase and were bowled out for 126 in 18.5 overs after Suryakumar Yadav, the top-ranked T20I batsman, smashed 11 fours and seven sixes all over the park at a strike-rate of 217.65 to be unbeaten on 111 off 51 balls, his second T20I century.

Bhuvneshwar Kumar persuaded Finn Allen to go for a drive, and the edge sailed to the onrushing third man, allowing India to score with the very next ball of the 191-run defense. Six boundaries were hit by Devon Conway and Kane Williamson, who also scored 17 runs off Washington Sundar's opening over of the game.

Conway's poorly timed sweep to deep backward square leg off Sundar in the ninth over gave India their chance to respond, though. Despite hitting a four and a six, Yuzvendra Chahal clean bowled Glenn Phillips as he attempted a slog-sweep.

The pressure from the scoreboard then caused Daryl Mitchell and James Neesham to hole out to long-on consecutively. Williamson managed to hold one end but struggled mightily to get the big hits and was forced to move slowly while facing spinners.

The outcome was inevitable as Mitchell Santner's bat's leading edge was caught by Mohammed Siraj during his follow-through. Williamson reached fifty with a drawn six over a deep backward square leg, and he added four more off Siraj with a brilliantly placed punch between mid-off and extra cover, but it was too little, too late for New Zealand.

Williamson's scratchy stay came to an end when an under-edge on a swipe across the line crashed into the stumps off Siraj in the 18th over. Deepak Hooda took the last three wickets in four balls to get a convincing win for India.