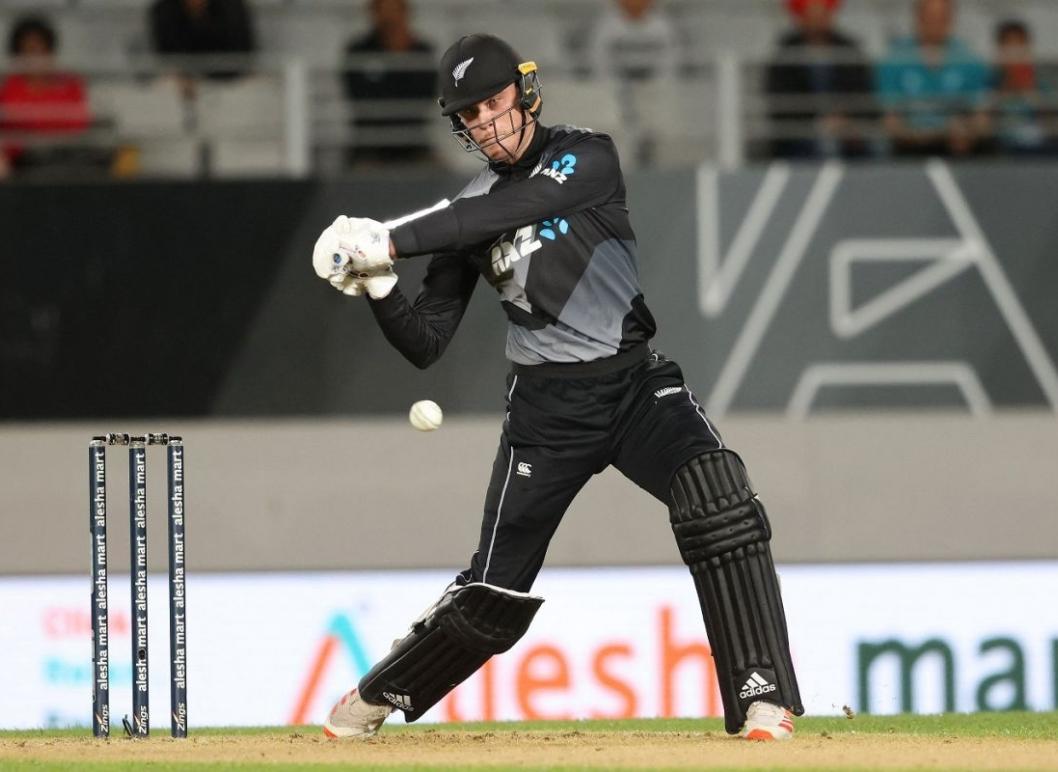 The idea of facing India in the current white-ball series, according to young New Zealand opener Finn Allen, is rather thrilling for him and his squad. As a result of Allen's electrifying performance and his aptitude for navigating obstacles, New Zealand has chosen to continue with him rather than seasoned opener Martin Guptill.

"It is enormous. It is pretty exciting to compete against them in the home series even though we were unable to play them in the (T20) World Cup. At Wellington, there was sadly no play, so hopefully there will be some here. The sold-out crowd at the Mount is also going to make for an exciting series "Allen made this statement in a pre-game Prime Video video.

When Allen scored a thunderous 43 against Australia in the Men's T20 World Cup in Sydney, he displayed his power hitting abilities. He continued by saying that having the proper job clarity has helped him perform better when playing for New Zealand in white-ball games.

"The role clarity that has been given time is one of the things I have really appreciated since joining the group. It makes it simple for me to approach batting with the same attitude. I simply want to continue playing the same style of cricket and batting the same way that I have been."

Allen, 23, feels fortunate to be a part of New Zealand side where everyone has been warm towards him since his international debut in March 2021. "Actually, it was a pretty easy environment to come in (the national side). The coaching staff and the players, all were very welcoming. It does not feel that I have already played 31 games for New Zealand. It has all happened so quickly, and it is a great group to be part of."

Indian players in the current squad for tour of New Zealand aren't stranger for Allen, who spent IPL 2021 with Royal Challengers Bangalore (RCB). "I know a few of them from the RCB days. Like (Mohammad) Siraj bowling, and Yuzi (Yuzvendra) Chahal in my first year there.

"They have also got some quality guys in there, who can swing it both ways and turning it both ways as well. So, it is going to be a challenging one for us and we certainly need to get up and ready to go from ball one."

Earlier, while responding to a question from IANS in a pre-series press conference organised by Prime Video, New Zealand captain Kane Williamson had heaped praise on Allen and wished for him to continue his rise in international cricket.

"Finn's a very exciting talent, it's been great to see him in the side and expressing himself. You mentioned that Australian game (New Zealand's T20 World Cup opener in Sydney) where he made an amazing contribution, and it went a long way in us getting ahead of the game. That's a real strength of his, it's natural for him in terms of how he plays."

"Being so young, you can already see so much talent and potential, and playing more cricket will only help him develop that and continue to improve as a player. He is also anticipating this series. He certainly enters the game with the intention of playing very aggressively and playing his game and is very sure of his approach. It's been wonderful to see, and I'm sure it will stay that way."