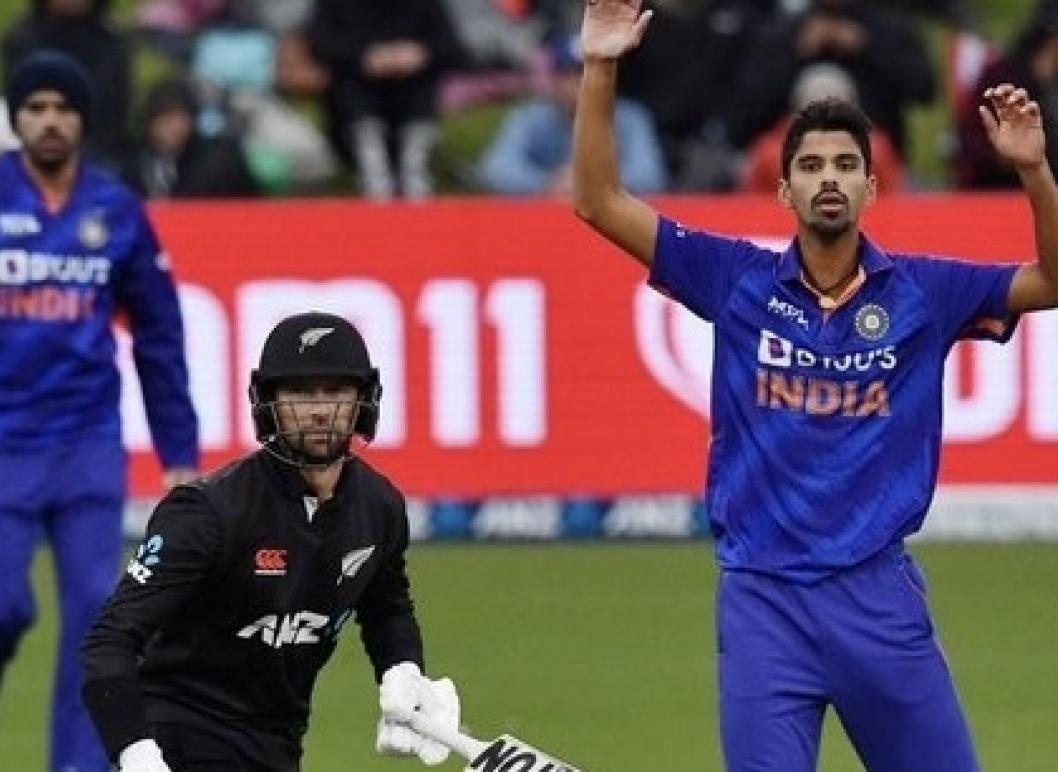 The first 97 runs of New Zealand's chase of 220 against India came from a stand between Finn Allen and Devon Conway. Rain prompted the cancellation of the third and final ODI between India and New Zealand at Hagley Oval on Wednesday. Pacer Umran Malik broke it by dismissing Allen.

When it started to rain, New Zealand had scored 104 runs in 18 overs and was 50 runs ahead according to DLS figures. However, the second innings needed to cover 20 overs in order for the game to be considered complete. However, since there was no chance of finishing the final two overs due to rain, New Zealand won the series 1-0.

Rain caused the cancellation of three of the tour's six matches, and it also caused one match to end in a tie. Only two games were completed in their entirety: one was an ODI series opener and the other was a T20I encounter. Similar to how New Zealand won the ODI series, India prevailed in the T20I series.

Allen and Conway started out cautiously in their attempt to chase down 220 runs, adding just 34 runs in the first eight overs as Deepak Chahar and Arshdeep Singh kept them in check. Although Conway took some time to find his rhythm, Allen was the most aggressive of the two, setting some boundaries.

Conway then raised the stakes on his own by hitting four boundaries off Chahar in the 10th over, with a straight drive being the best shot. In the following over, Allen utilised Umran Malik's pace to strike back-to-back boundaries.

Allen reached fifty when he hit a flat-batted six off Washington Sundar over long-off. Allen attempted to reach out to a short ball after pulling Malik through fine leg in the 17th over, but toe-ended the cut to cover, ending the 97-run opening partnership as he was out for 57.

Conway then pulled Arshdeep through deep mid-wicket before rain, for the second time in this series, halted play. Sundar, an all-rounder, earlier hit his first ODI fifty to lead India to a respectable 219 in 47.3 overs. India would have finished with a significantly lower score if it weren't for his fifty.

It took Sundar to step up and apply himself to hit five fours and a six in a 64-ball innings to push the visitors above the 200-mark on a pitch with a lot of grass and lateral movement and cloudy circumstances.

Apart from him, Shreyas Iyer also played a handy knock of 49 as rest of the batters struggled and perished to a disciplined bowling show by New Zealand. For the hosts, Daryl Mitchell being used as the fifth bowler was a master-stroke, picking 3/25 in his seven overs.

Adam Milne, coming in for spinner Michael Bracewell, got three wickets for 57 runs in his ten overs. Tim Southee picked two scalps while Matt Henry, despite being wicketless, gave away just 29 runs in his very effective ten overs.