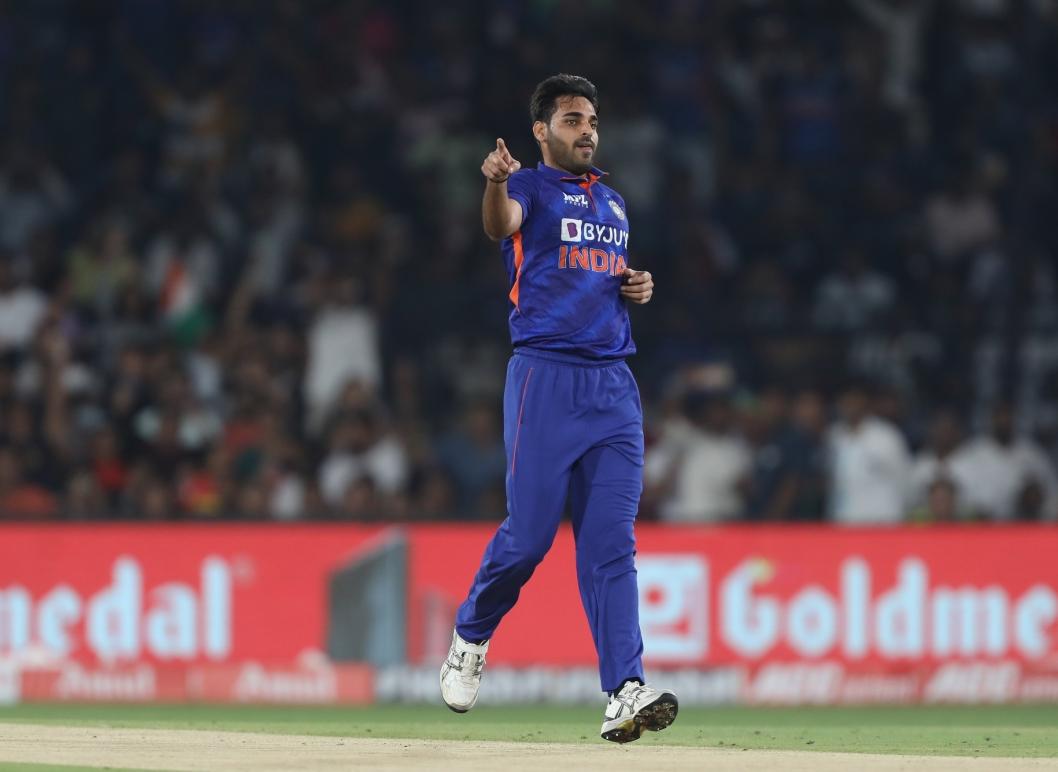 Bhuvneshwar Kumar led India's pace attack in the series against South Africa despite the absence of first-choice pacers Jasprit Bumrah and Mohammed Shami. In power-play, Bhuvneshwar kept things tight, demonstrating that he's still a force to be reckoned with in the game's shortest format.

After rain forced the cancellation of the series decider in Bengaluru on Sunday, resulting in India and South Africa tying the series at 2-2, Bhuvneshwar was named Player of the Series for taking four wickets at an average of 14.16 and a strike rate of 10.4, including an electrifying spell of 4/13 in a losing cause at Cuttack, which was his best effort in the five-match series.

He came into the competition with a 7.34 economy rate after taking 12 wickets in 14 matches for Sunrisers Hyderabad in IPL 2022. In addition, he has been bothered by back, hamstring, and thigh issues. But it appears that Bhuvneshwar is returning to his best bowling form.

"I'm quite proud of you (on getting Player of series award). It makes no difference whether you are a bowler or a batsman. But being named Man of the Series is always a gratifying occasion, and being a T20 bowler makes it much better."

"My body is in good shape, but I'm not going to say anything about it. Whether it's bowling or fitness, I'm always working on getting stronger "After the match, Bhuvneshwar stated.

When asked about his role in the Indian team, Bhuvneshwar said, "I've evolved into a senior pacer and youngsters are coming in." "I've been playing for a long time, and my role has been consistent, especially on the field. On the powerplay, bowl two, and at the end of the innings, bowl two. These things usually happen, but as a senior, I'm always thinking about how I can help the younger people."

Bhuvneshwar also credited first-time skipper Rishabh Pant for giving him the opportunity to do what he wanted in the series. "I've been fortunate in that the captain has given me free reign and told me to do whatever I want. In that way, I've been quite fortunate."